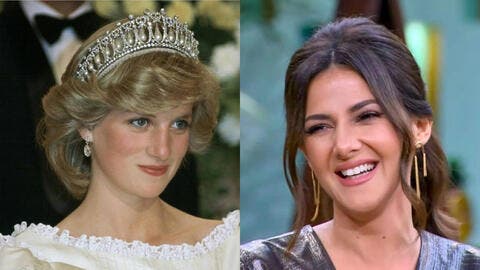 In an exclusive telephone interview with Foochia.com, Amy also revealed the health condition of her parents, actors Samir Ghanem and Dalal Abdel Aziz.

Amy said: 'Praise be to God, my condition is stable, same as the condition of my father, the great artist Samir Ghanem, but he is still in intensive care after suffering a defect in kidney functions,'

She continued: 'As for my mother, the great artist, Dalal Abdel Aziz, doctors reassured us that her condition is stable, but she will stay in intensive care under the respirator and to adhere to the treatment protocol.'

Of her sister Donia Samir Ghanem, Amy said that she has fully recovered from the virus and the last swab she took was negative.

Two days ago, Egyptian anchor Bossi Shalaby revealed the infection news of both artists Samir Ghanem and his wife, Dalal Abdel Aziz, as she is a close friend of the family. 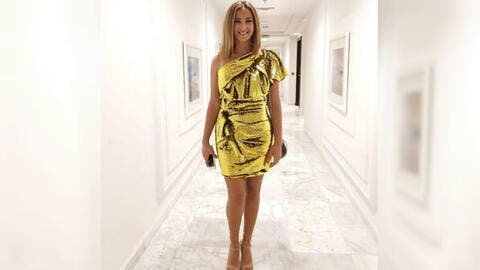 This Is the Price of Dunia Samir Ghanem's Golden Dress

"Artist Samir Ghanem has health problems other than Covid-19 and he will be fine, as for Dalal, she is in the quarantine hospital, and she was the one who contracted the virus," Bossi said in a phone call to Foochia.

But Foochia also learned from its own sources that the couple is in a dangerous condition, which led actress Dalal Abdel Aziz to be placed on a ventilator, while the case of artist Samir Ghanem is more dangerous than his wife due to his older age; In addition to suffering from chronic kidney disease, he was also put on a ventilator after the duo moved to Agouza Hospital for quarantine.