Syrian actress Dima Kandalaft has wished to embody the character "Dalida", noting that what prevents her from presenting her biography is the need for huge productions and elements from more than one country, specifically from Italy and France, commenting: "Ready for this project if anyone can implement it." 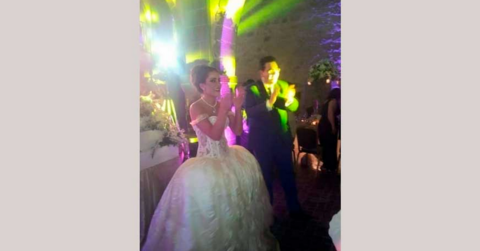 Speaking of Al-Hayba franchise, Dima said: 'I am proud of my experience in A-Hayba, and I do not object to participating in a show with a man in the leading role. My experience with director Samer Al-Barqawi was sweet and unique, but I do not deny, at first, I felt like a stranger because I was entering a family that had been living together for 3 years.'

Actress Dima Kandalaft chose actor Youssef El-Khal to embody a love story in a drama series, referring to her injury during filming the Invasion series (Al-Ijtiyah), stressing that her injury was not caused by a gunshot, but rather as a result of the impact of the gun ritual in the chin area, which led to her injury, especially since the person who was sharing the scene with her was not a real actor and or trained to bear arms.

And Kandalaft continued, as part of '40' talk show presented by Jessica Azar: "I have no objection to repeating my media experience if I find an idea that suits me and resembles me. It is not wrong, I previously presented a radio program more than 12 years ago."

The Syrian artist spoke about her mother's opposition to entering the field of acting, saying that she had resisted her family by marrying a man from another religion since she's Christian and her husband is Muslim.

Kandalaft confirmed that it was this stubbornness that she followed in her life that drew her current personality, commenting that this did not create problems for her, especially that she criticizes herself harshly.

Dima Kandalaft pointed out that she resembles her father in form and content, as she took the features of his face, as well as the trait of patience, in addition to many qualities that she took from her mother, stressing that she mastered the Lebanese dialect well because of her spending a long time in Beirut.