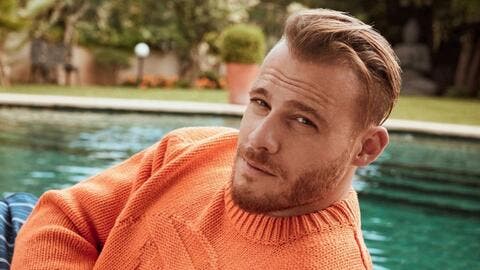 A few days ago, the Sen Çal Kapımı star has shared several pictures on Instagram Stories with her almost 25 million followers.

Erçel was present at an elegant shop that sells wedding and bridesmaids gowns called RENTONY, and she was trying on multiple wedding dresses. 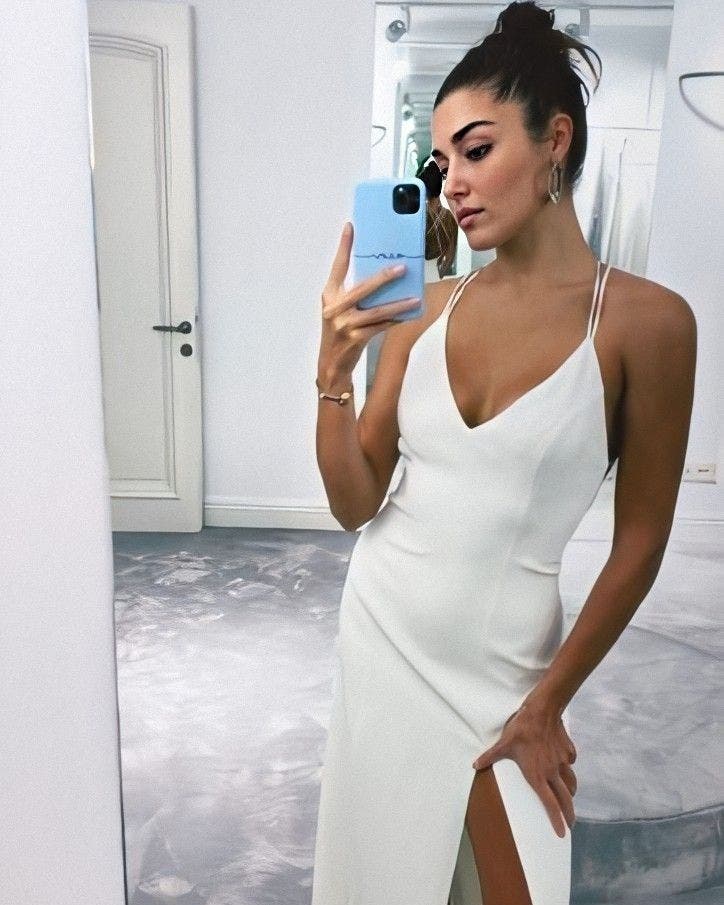 Hande tagged the shop @rentonycom and added the hashtag #işbirliğideğildir which means (not a cooperation) to indicate that displaying the dresses was not a paid partnership with the brand.

The star who plays Eda Yıldız in You Knock On My Door changed four different styles of wedding dresses including halter neck, spaghetti straps and puffed shoulders.

Are Kerem Bürsin and Hande Erçel Getting Married Soon?

Fans saw Hande Erçel's pictures as a sign that an official proposal is on the horizon, and that she and Kerem are ready to tie the knot soon. 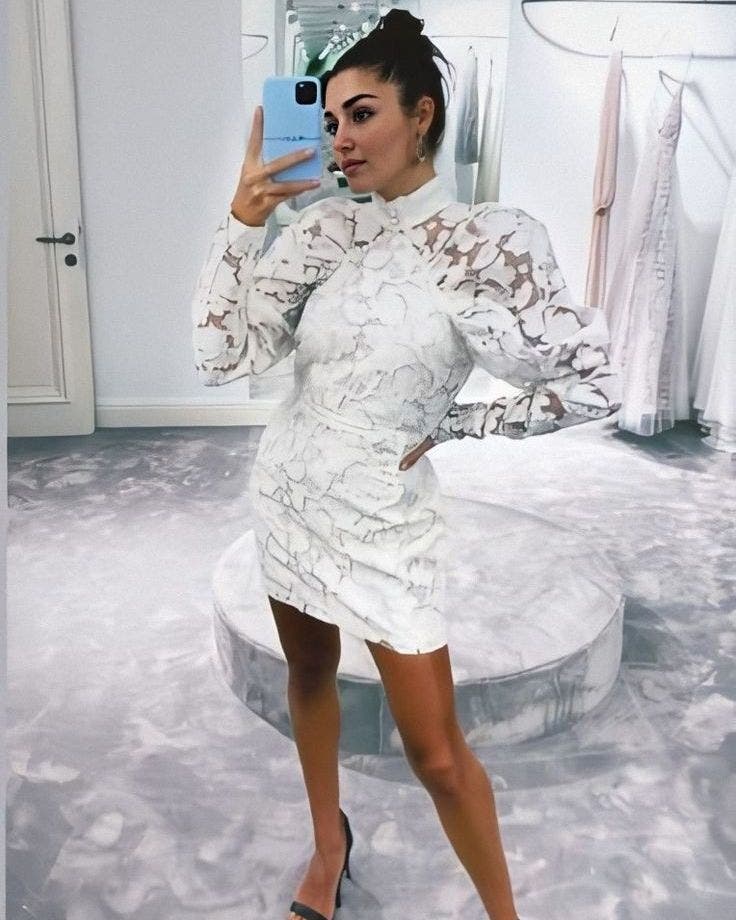 They added that timing of marriage is impeccable, as HanKer finished filming Sen Çal Kapımı, and they've been dating for several months now, so they actually know each other very well, in addition to the fact that the public already knows about their relationship.

Clues of a Near Marriage

And last August, Kerem Bürsin's father, Pamir Bürsin, has started following Hande Erçel and even gave her a welcoming message to his family. 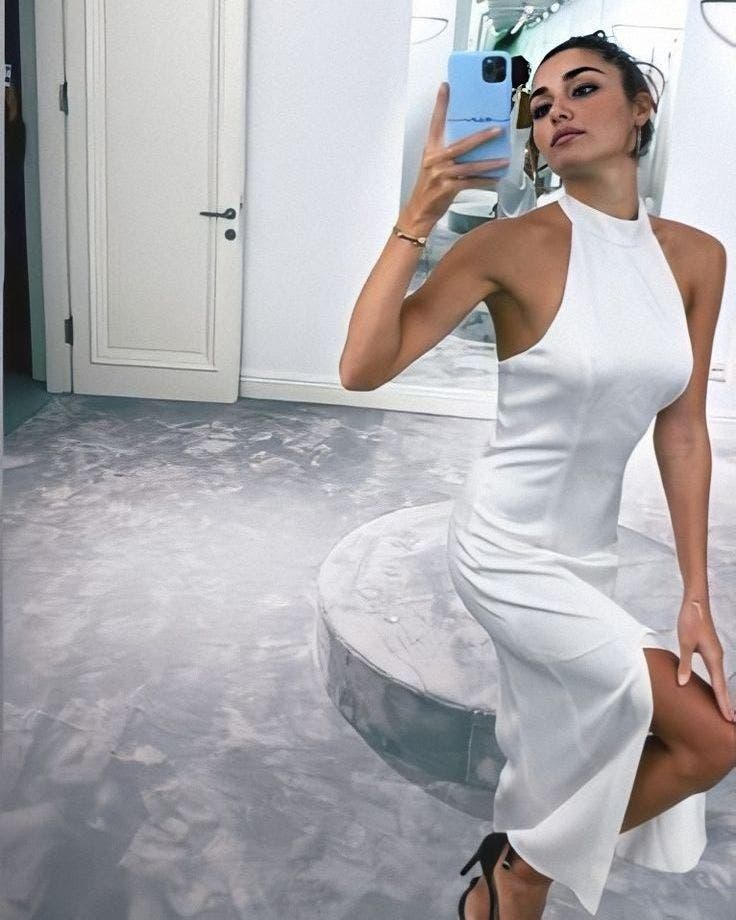 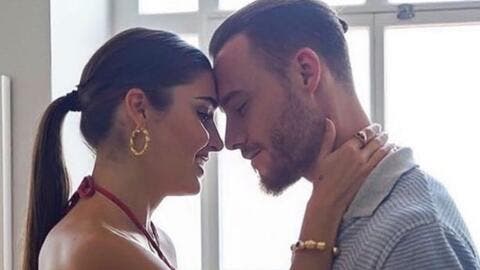 The actor who plays Serkan Bolat in Love Is In The Air didn't deny that he will have children, rather he said that it's a responsibility he's not rushing into at the moment.

'I love children and I do very well. But having a baby is a big responsibility. This is why I am in no hurry to make it happen soon,' says the actor. 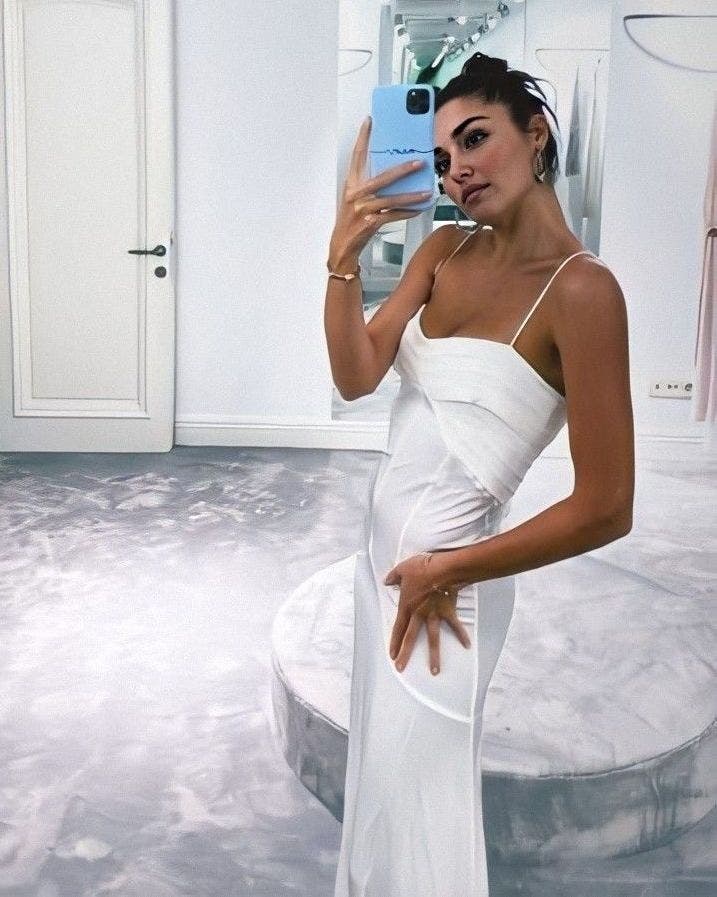