Hala Shiha Accused of Blowing Up Her Lips.. and This Time She Responds! (Pictures)

The actress was accused of undergoing plastic surgery and one follower pointed out that she had her lips done.

Normally Shiha doesn't pay attention to criticism but in an unusual move, she responded by saying: "I did not blow up anything." 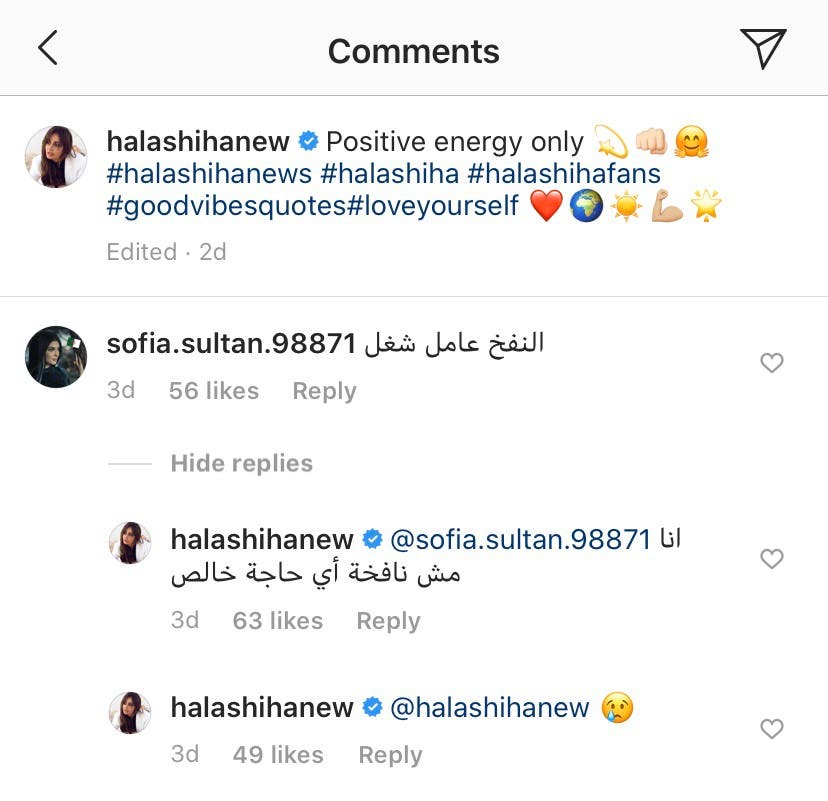 Hala Shiha had participated in the series Zelzal (Earthquake) last Ramadan. It was her first project after taking off her hijab and separating from her husband, after which she returned to acting.