Handsome Turkish actor Kerem Bürsin was thrown an impromptu birthday party by his co-stars on set of Sen Çal Kapımı (You Knock On My Door). 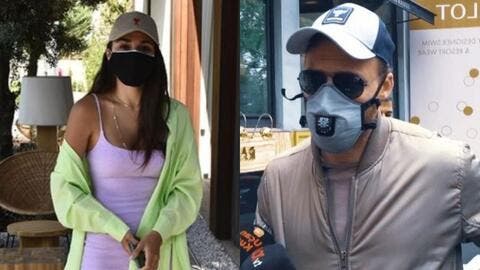 For the First Time.. Hande Erçel Reveals How The Relationship With Kerem Bürsin Started

The crew surprised Kerem with his favorite chocolate cake before they chucked it in his face and took pictures of the hilarious moment.

One of the crew members was heard saying: "You've become very beautiful" as the group burst into laughs.

It was also noticed that Hande Erçel was hugging Kerem Bürsin the whole time, and jokingly eating cake off his face.

After the celebration was over, Erçel took a selfie in the car while sporting blue hoodie with cake crumbs covering her nose.

She tagged Kerem and captioned the picture: "This is my share of the cake that fell".

As for the birthday boy, Bürsin reshared Hande's story on his Instagram and responded "Do you have it.. you got burned." 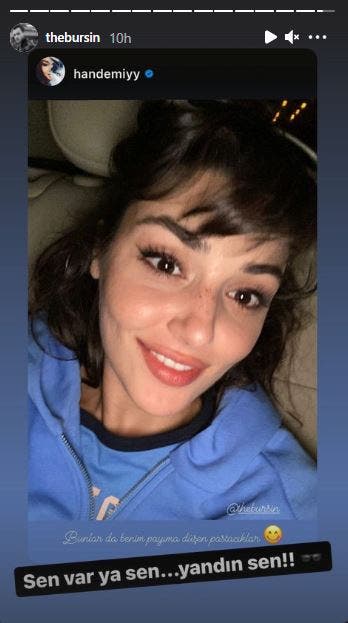 Kerem Bürsin was born on 4 June 1987 in Istanbul, Turkey.

He graduated from Emerson College's marketing communications department, and took acting lessons while he was in university.

Bürsin has lived in numerous countries including Scotland, Indonesia, UAE, Turkey, Malaysia, and the US. 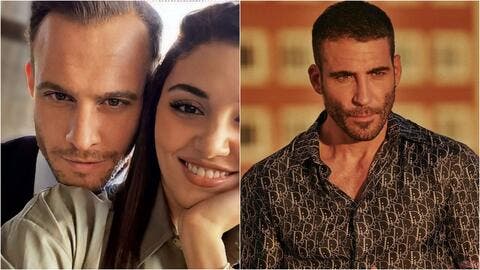