Responding to a commentator on Instagram, Saafan wrote: 'Hi love thank you for the words. I want to tell you that I have nothing to do with their divorce.'

'They divorced because he was very unhappy and they have a lot of problems. I was never with Tarek when they were married. Thank you.'

She added that it's her right to intervene and defend Tarek for the sake of their child who has been feeling down because of what he reads about his father Tarek. And she made sure to state that Tarek is not a cheater. 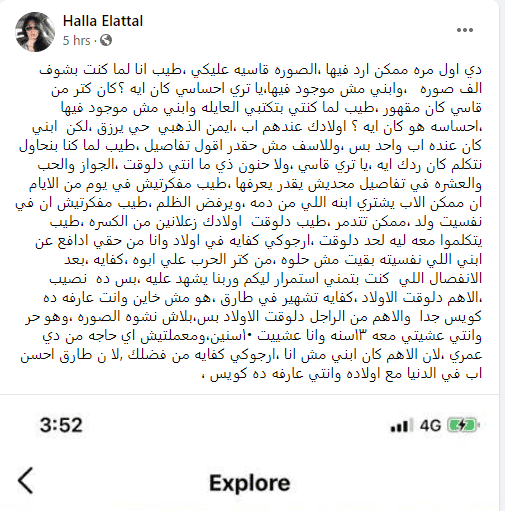