Published January 22nd, 2020 - 12:34 GMT
'There's something about picking up fabrics and finishes that feeds my soul.' (source: @jenniferaniston Instagram)

Since she opened her Instagram page three months ago, Jennifer Aniston has been sharing peeks at her incredible $21 million Bel Air mansion.

The 50-year-old actress most recently revealed her immaculate bathroom on Monday for her 'morning after' snap following the SAG awards.

Jennifer purchased the 8,500 square-foot home in 2011; the mansion was designed by A. Quincy Jones and completed in 1965.

Her mid-century home features four bedrooms, six-and-a-half bathrooms with a wine cellar, pool, and guesthouse; it also has city and ocean views sitting on almost two acres of land. 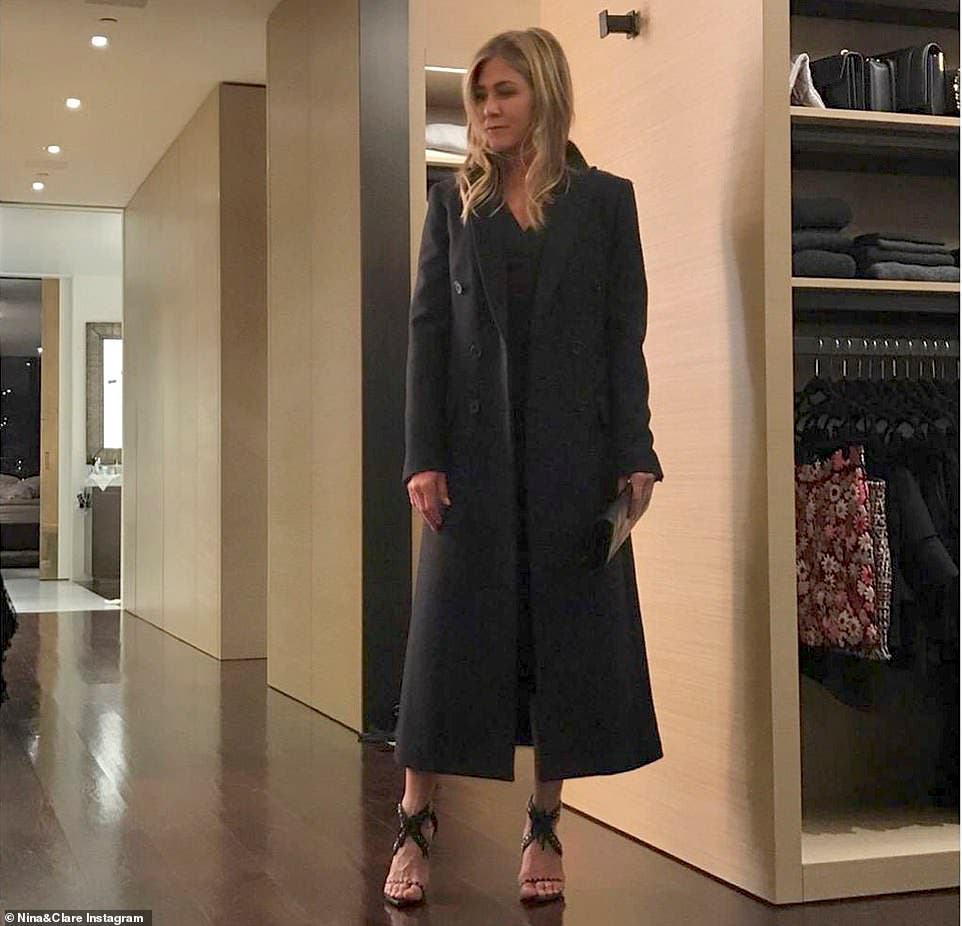 It previously had a hillside vineyard but garden designer Marcello Villano and landscape architect Anne Attiger transformed her outdoor space into an oasis consisting of terraces, Asian-inspired pocket gardens and interconnected rooms, according to Architectural Digest.

Jennifer told the magazine during her February 2018 issue that she'd 'want to be a designer' if she wasn't an actress because she loves 'the process.'

The Morning Show star said: 'There's something about picking up fabrics and finishes that feeds my soul.'

The actress said when she bought the home, architect Frederick Fisher renovated but it was too minimal and cool for her taste, specifically the massive red-painted door. 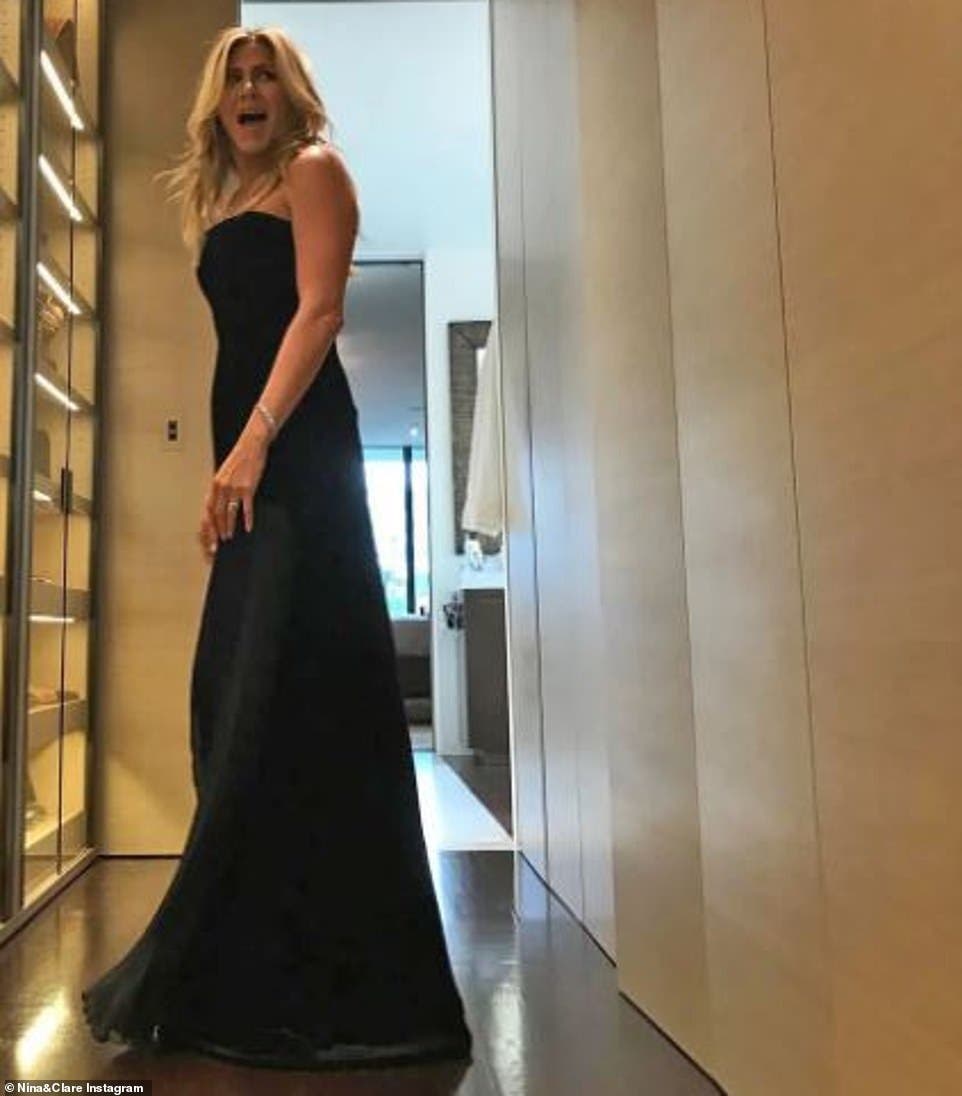 She felt a connection with the home and worked with AD100 interior designer Stephen Shadley to help her transform the house into her home.

In addition to Stephen, she also enlisted the help of designers Kathleen and Tommy Clements and Jane Hallworth.

The image she shared on Monday to her Instagram showed her SAG Award for Best Actress in a Drama Series and her vintage Dior gown on top of her marble bathtub, which her heels strewn on the matching flooring.

The rectangular minimalist bathtub sits above ground, with a vintage-inspired faucet and temperature dials.

The movie star can open the floor-to-ceiling sliding door completely open for her bath to overlook her serene courtyard garden. 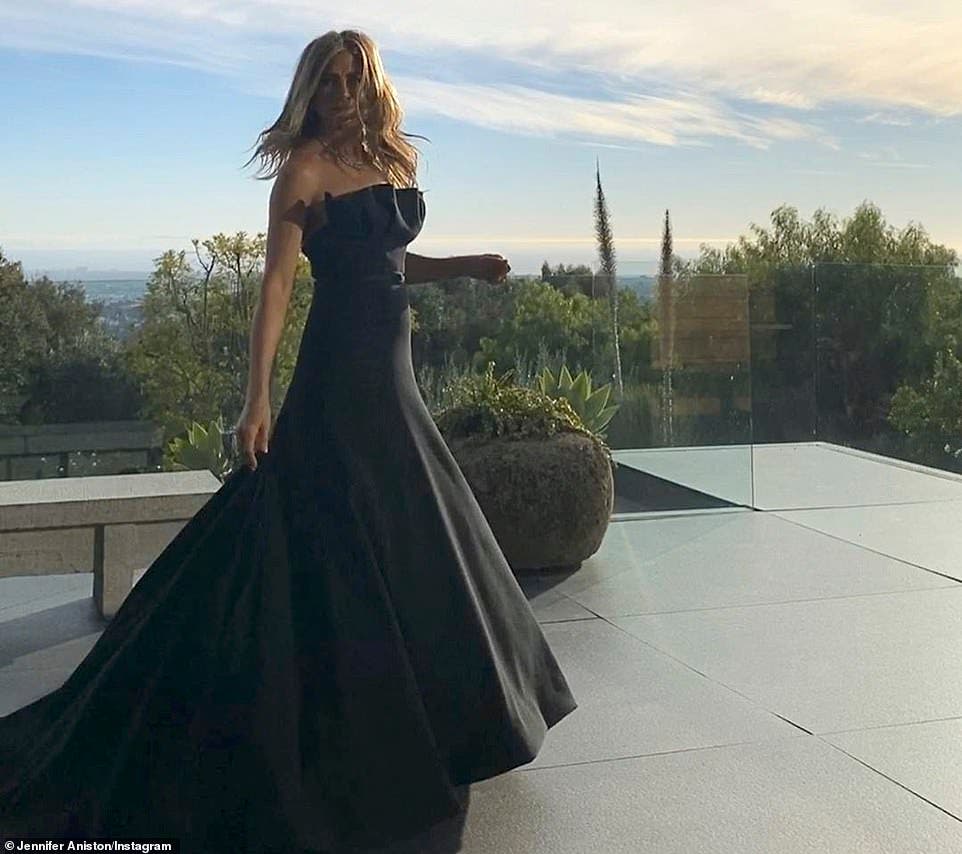 She maintains her privacy with a tall wooden fence, creating her own private sanctuary.

The enormous backyard has an outdoor cabana with a fireplace next to large lounge chairs; the enormous pool features wood panels surrounding it.

Moving on to the bedroom, Jennifer has a large taupe colored rug beneath a low-sitting bed for a seventies style feel.

The star has large lights behind her bed with bean bag-style chairs.

Her master suite also includes an enormous walk-in closet, which her stylists Nina and Clare Hallworth shared a peek of in October for a Golden Globes dress fitting.

Jennifer's room-style closet features three huge floor-to-ceiling wardrobes; her bedroom appears to open to her bathroom and her recess-lit closet is inside.

The three columns feature shelving for her purses and clutches, as well lounge wear; beneath meticulously hung clothing.

Five years ago, Jennifer's then-husband Justin Theroux spoke of the actress had turned the garage of her home into a walk in closet. 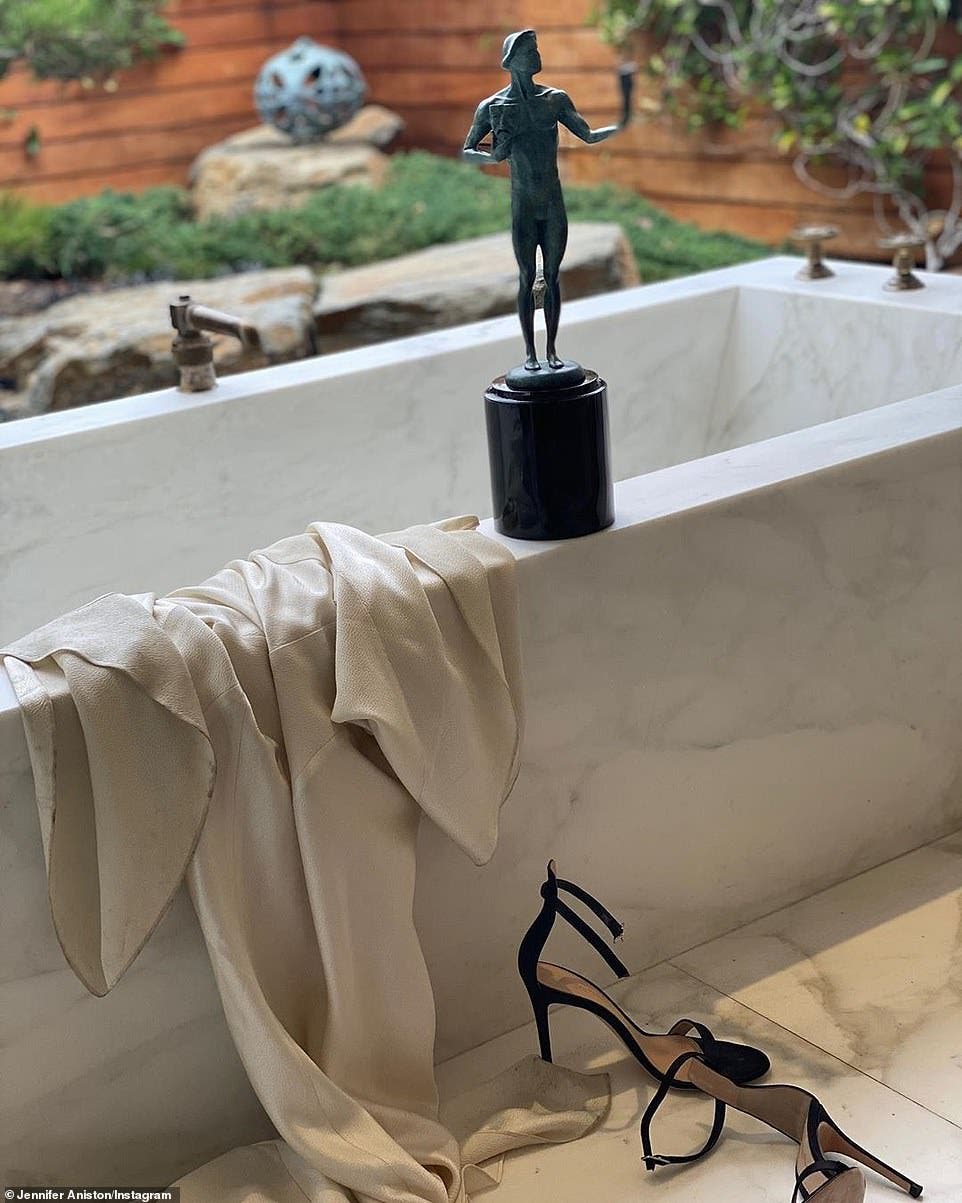 Talking to Ryan Seacrest, the New Yorker explained: 'We have made an extension on our house. I don't know what [was] made into what, but we found more room to create a better bathroom and a closet.

'It sounds probably more elaborate than it is, but basically when we were out of town—she was working, I was working—we took that opportunity to create a little more closet space.'

A second picture showed the other side of her closet, individual shelves behind glass doors and lit from above - presumably for bags and/or accessories.

Jennifer shared an image of herself as she got ready for the Globes in her closet with her team; the image showed a different angle of the room.

The actress has a large dark wood with gold accented dresser across from her rows of clothing - with a white runner rug beneath it.

In the same slideshow, Jennifer shared an image of herself in her Dior gown while posing up a storm on her balcony.

The balcony has incredible views of Los Angeles and the ocean, as well as greenery surrounding it; the modern style balcony has clear glass panels so as not to interrupt the beautiful scenery.

She appeared to style the outdoor space minimally with a stone bench and a planter, with nothing else seen on the large tiled flooring. 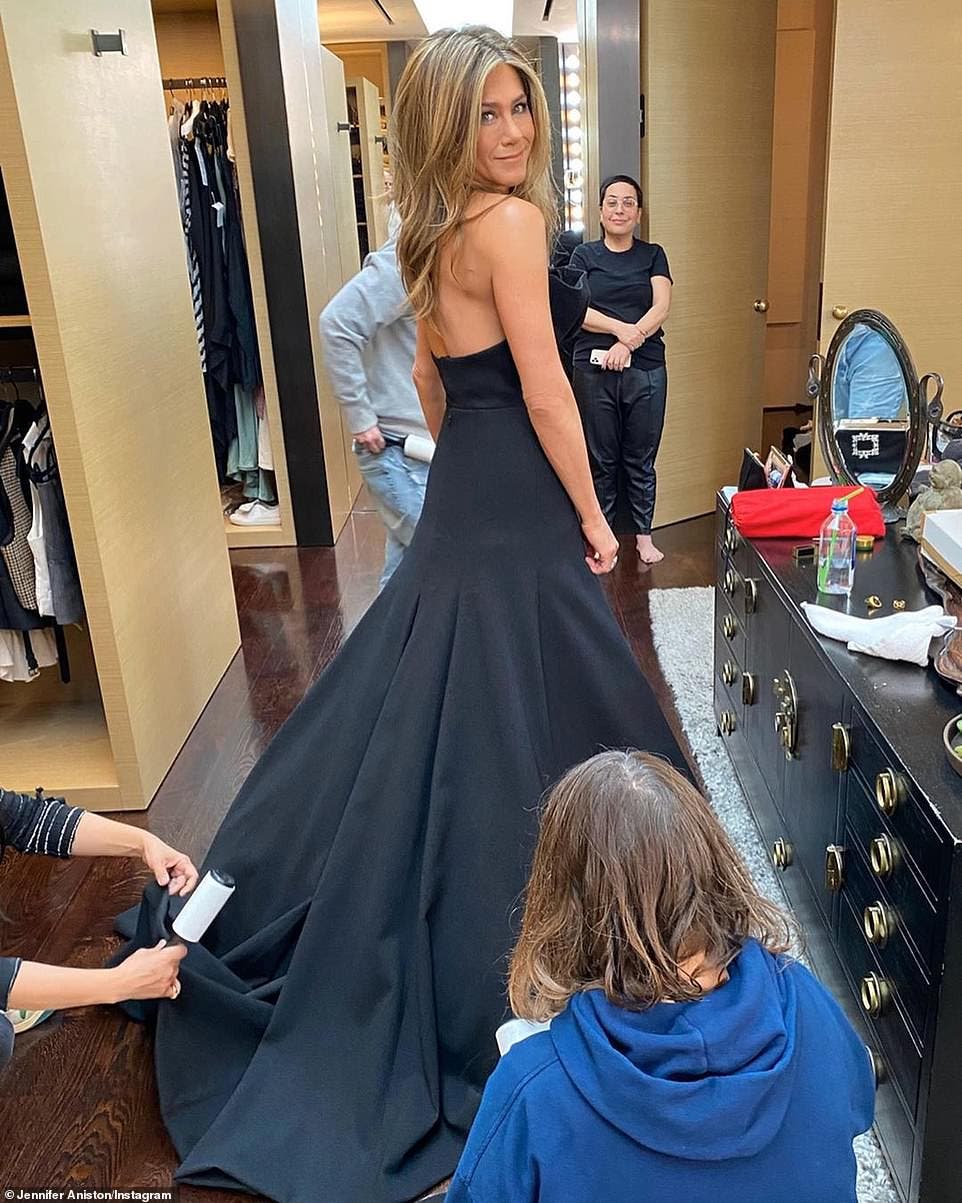 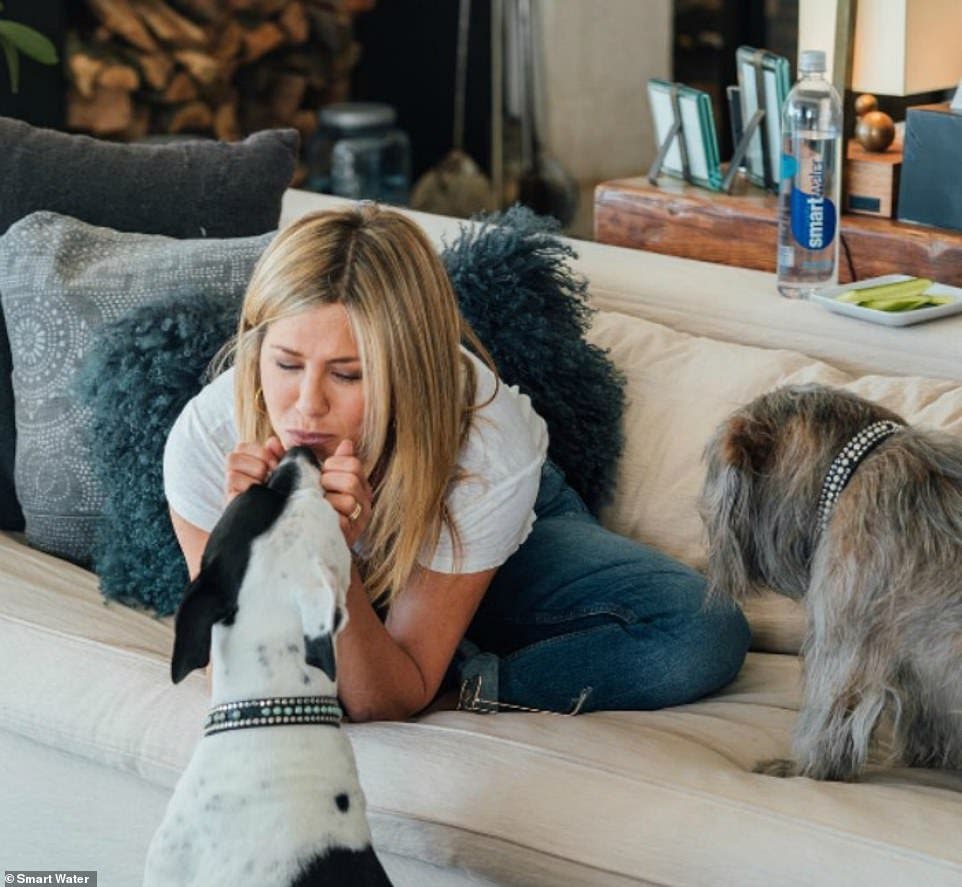 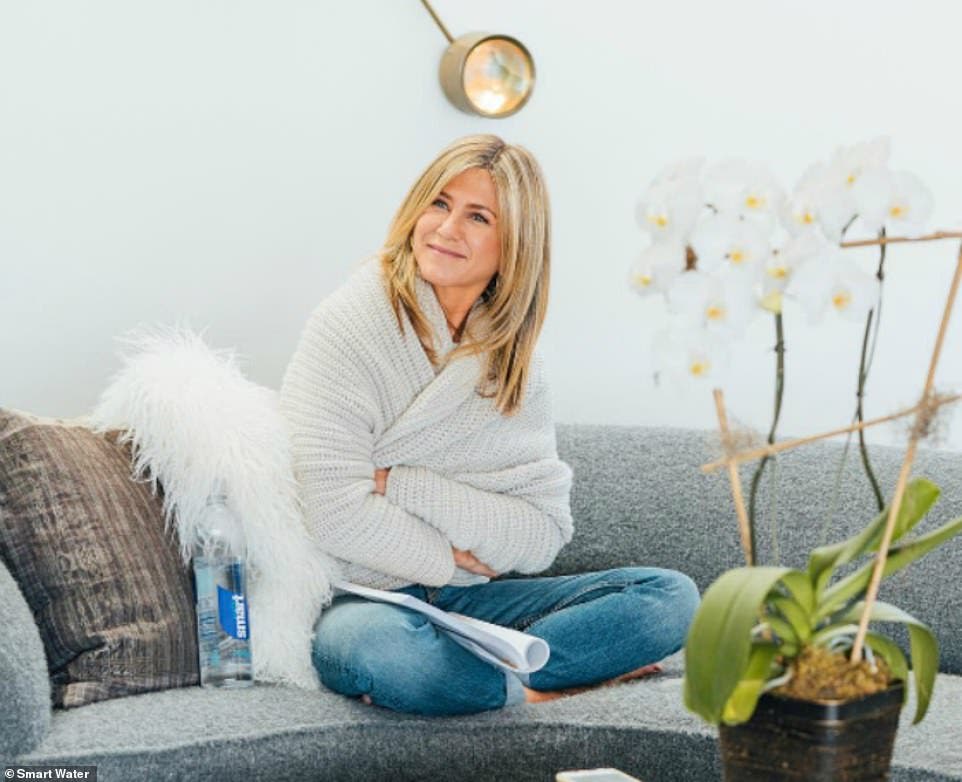 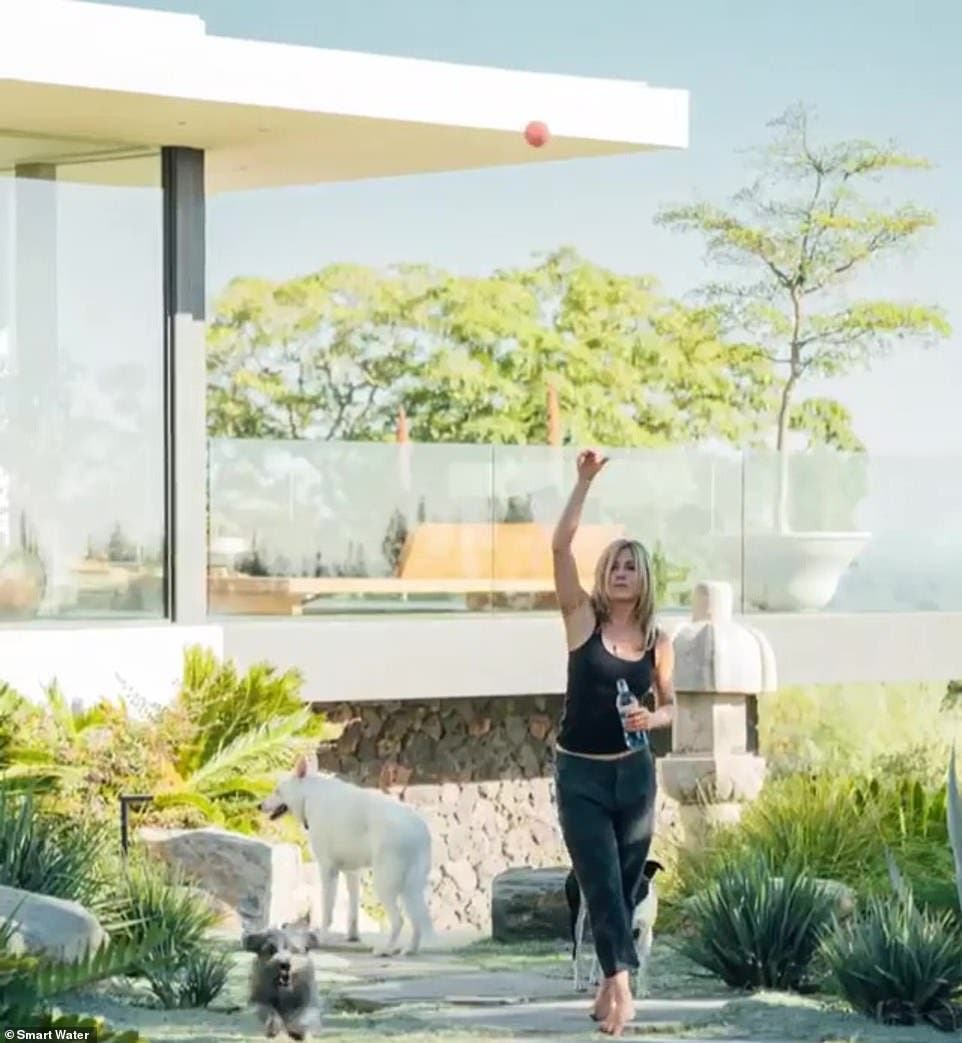 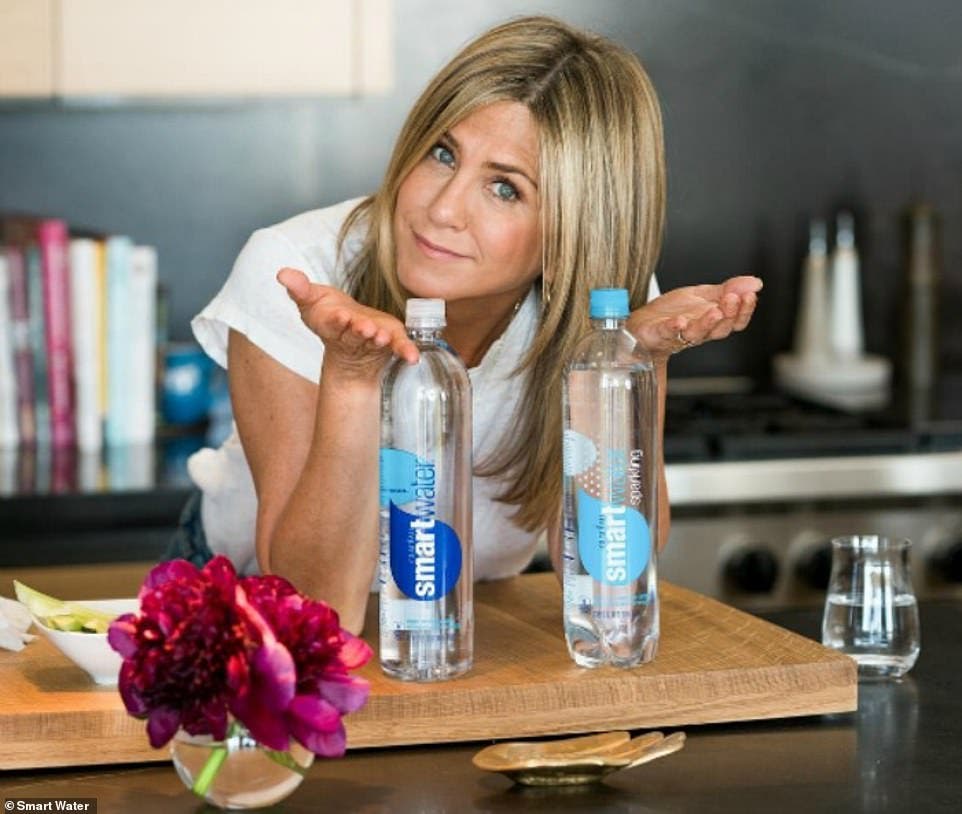 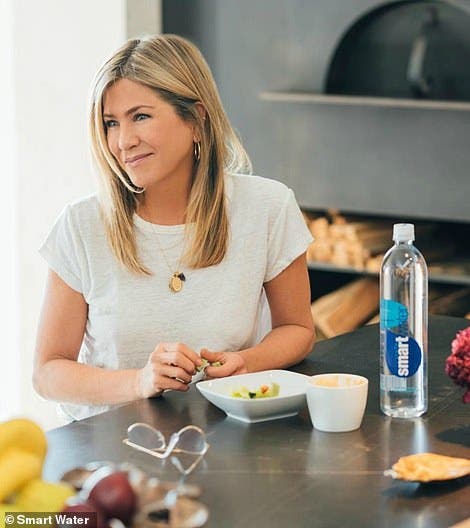 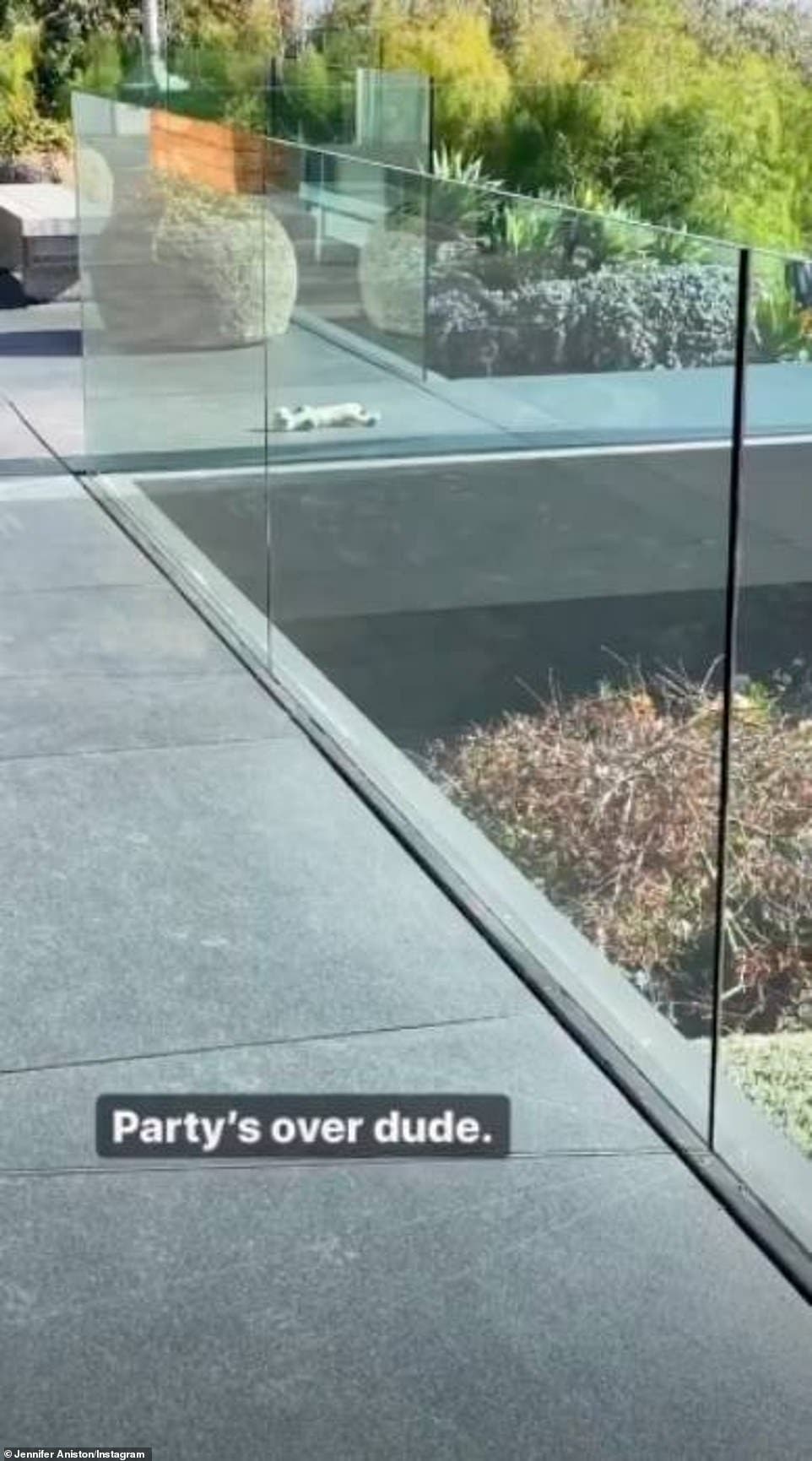 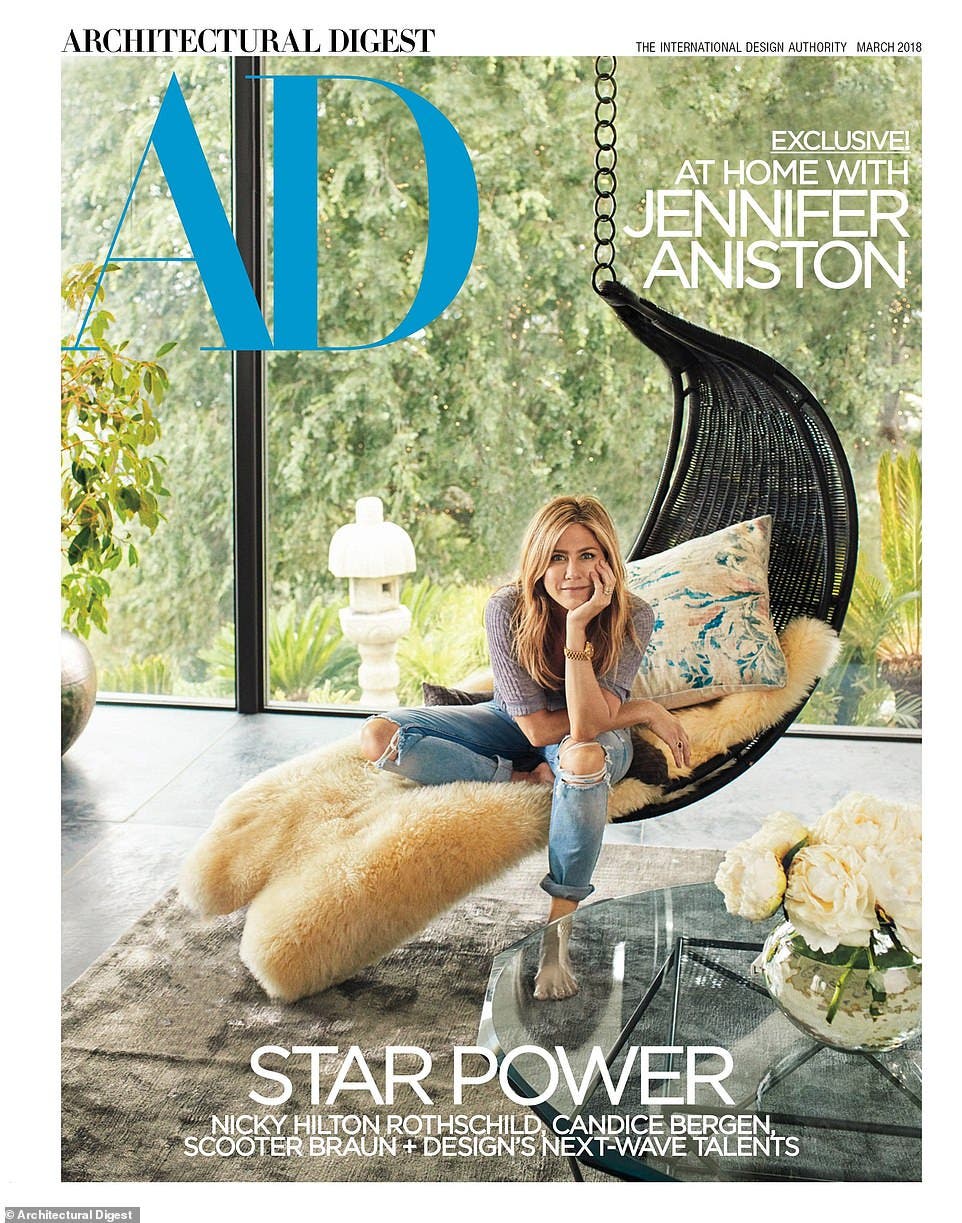