Isn't She the Sweetest?! Check Out Neslihan Atagül's Response to a Follower Who Criticized Her For Leaving Sefirin Kızı

Beautiful Turkish actress Neslihan Atagül has had a difficult time after being diagnosed with Leaky Bowel Syndrome.

The star was forced to leave Sefirin Kızı (The Ambassador's Daughter) TV series as she needed some time off to rest and receive the appropriate treatment based on doctors advice.

One follower was not happy with Neslihan's move for leaving the show, and left a comment on one of the Turkish star's post, saying: 'I am angry with you because you separated from Sefirin Kızı.'

The Turkish beauty did not stay silent, and gently responded to the follower trying to explain her situation.

Atagül wrote: 'I'm sorry for leaving the series ... but what should I do? My health was more precious .. so please don't be angry with me.' 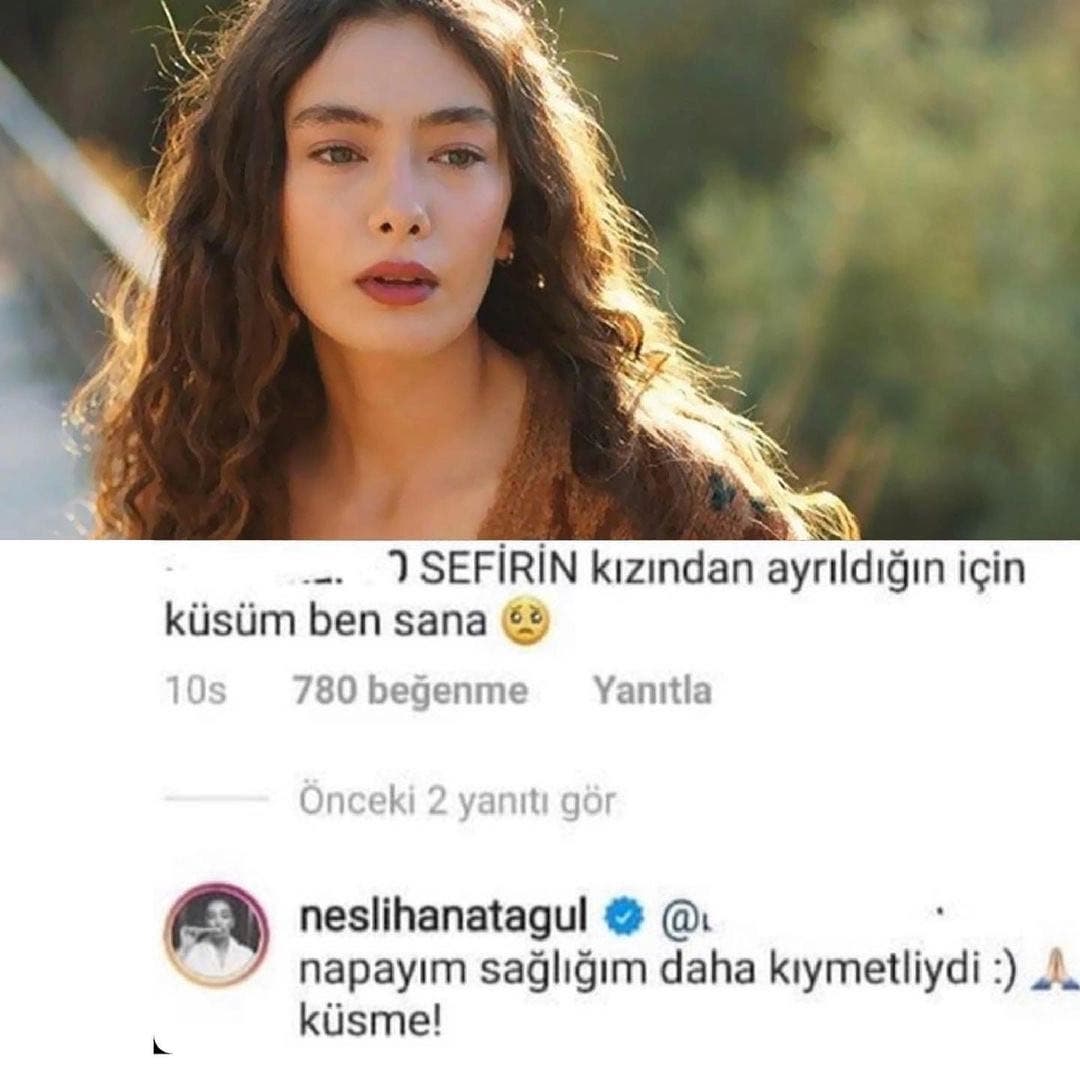 Her fans defended her once again and confirmed that Neslihan was sincere about what she said of her illness and the danger that could cause on her life, and therefore she was forced to separate from the series, and not as the press said that she claimed to be ill to get rid of the show.

Another group of followers went to praise Neslihan Atagül for responding to the fan with humility, as they indicated that she was modest in her behavior because she answered, even though everyone knows the reason for her separation, and even asked the fan not to be upset.