She's enjoyed phenomenal popularity since catapulting to fame as Rachel Green in NBC's Friends in 1994.

And at Sunday's 2019 People's Choice Awards in LA, Jennifer Aniston credited the hit NBC sitcom with all the opportunities and rewards that have come her way.

The actress, 50, got emotional as she reflected on her career and the loyalty of her fans who have supported her over the years as shewas honored with the People's Icon Award.

Adam Sandler, her co-star in the Netflix movie Murder Mystery, presented Aniston with the trophy.

In his remarks, he called the actress 'one of my best friends' and described her as not only beautiful but also as an 'incredibly caring role model with the biggest heart'.

'I truly love this girl and love making movies with her and hope we can do a lot more,' he added. 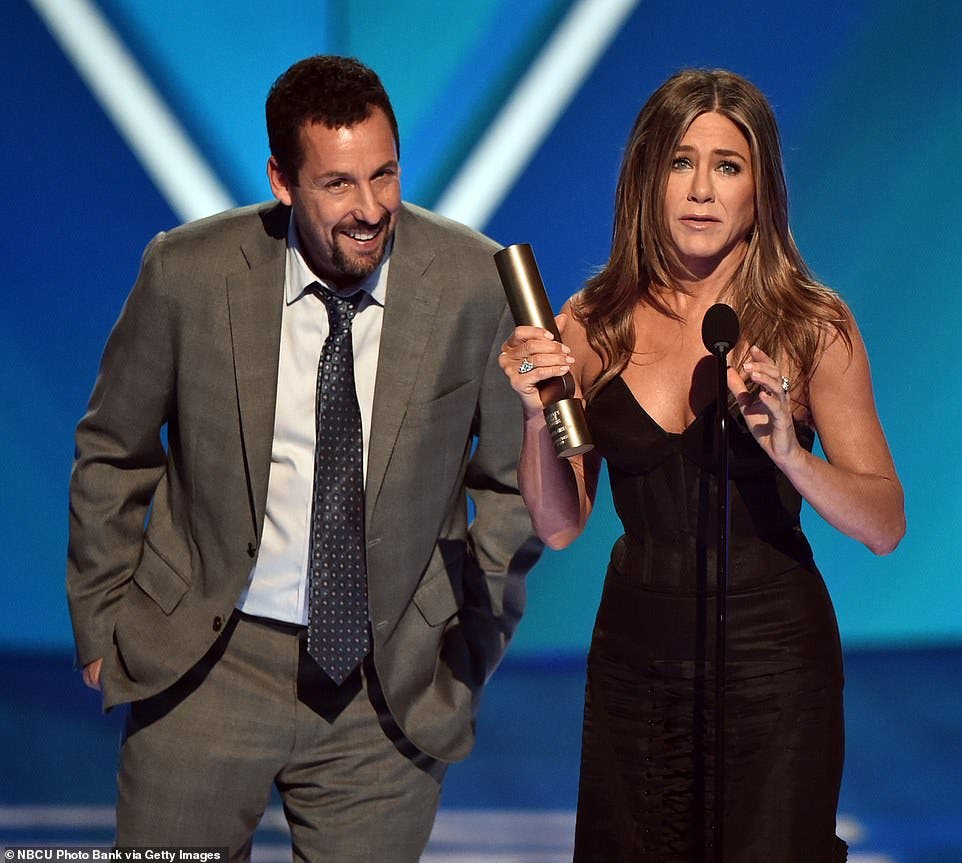 For her part, Aniston gushed about the 'incredible honor' of receiving the Icon Award.

'This town puts out a lot of awards but People's Choice has always been special to me,' Aniston said in her acceptance speech.

'As actors, we don't do this for the critics or for each other or to make our families proud... we do this for the money,' she joked. 'I'm kidding! We do it for you guys, we really do.'

'If I have any claim to this word icon, it was only because I was able to be on an iconic show with an iconic cast and an iconic haircut,' Aniston mused. 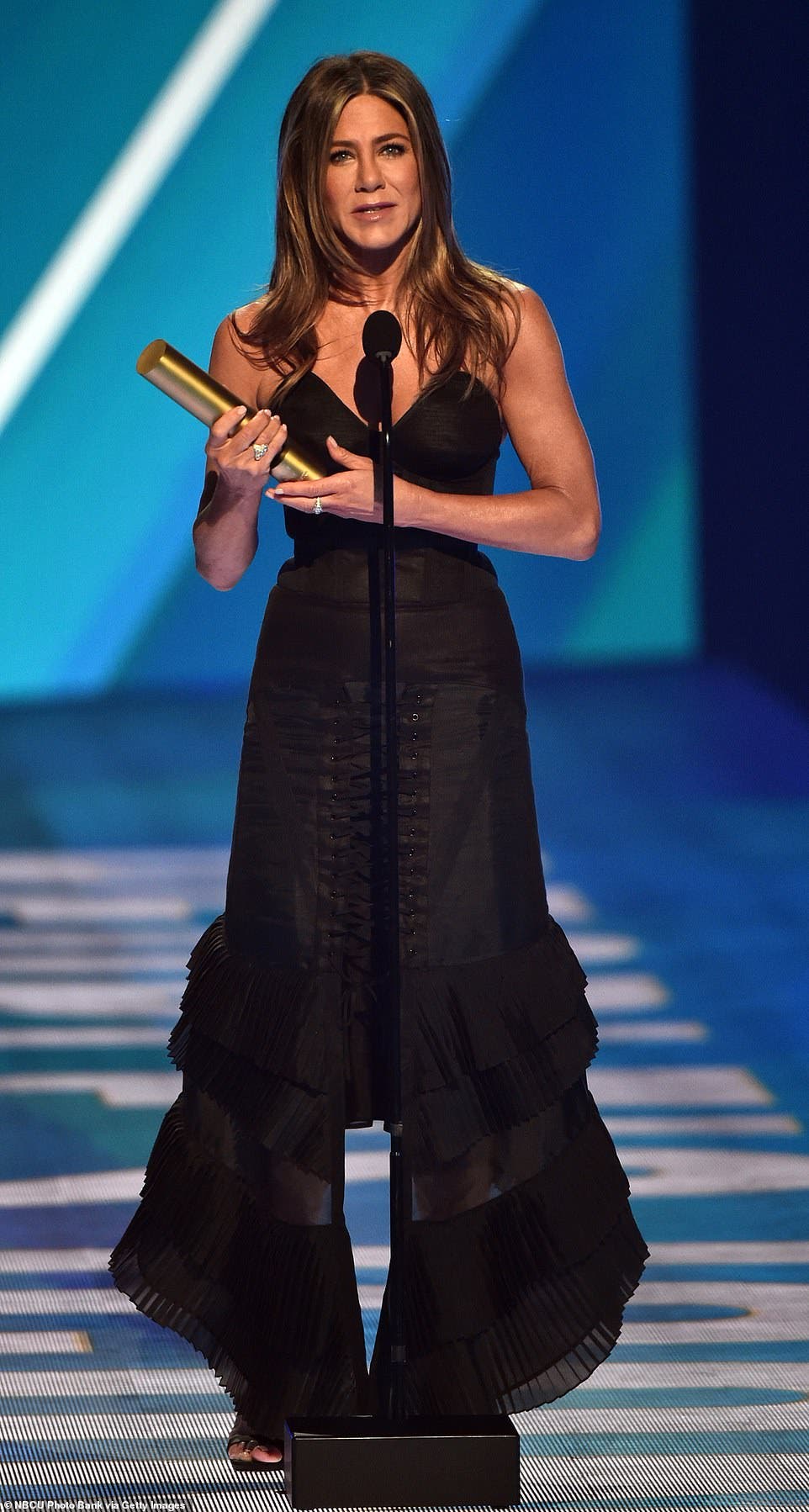 'I mean, Friends was truly the gift of a lifetime and I would not be standing up here without that fantastic show and that fantastic cast. It's paved the way for everything I've had the chance to do since.'

She then gave a plug for her new Apple TV+ series The Morning Show before once again thanking her fans 'for sticking by me'.