Jennifer Lopez Shows off Abs in a White Crop Top 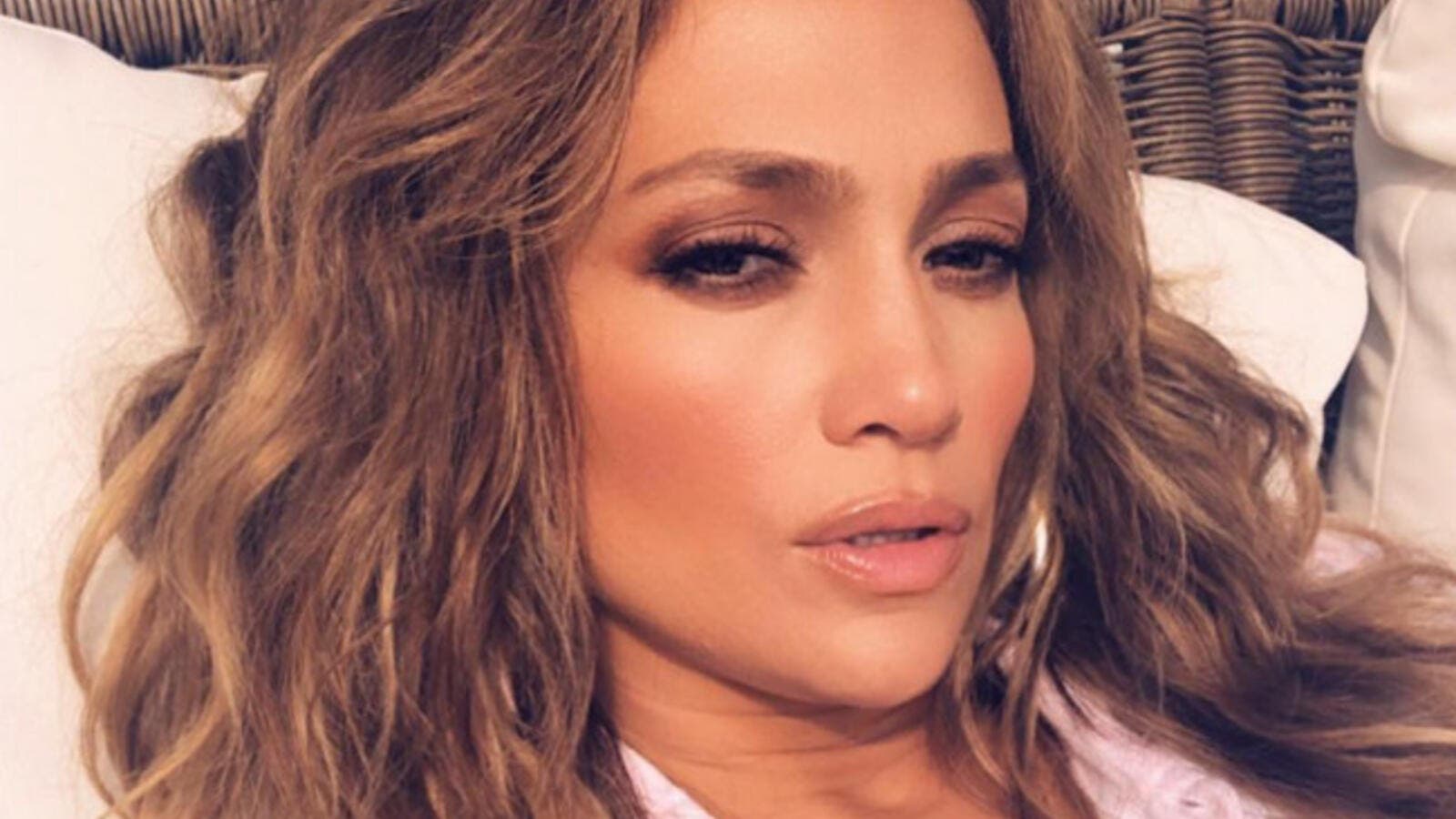 Los Angeles is in the midst of a record heat wave (Source: jlo / Instagram)

Los Angeles is in the midst of a record heat wave.

But that didn't stop Jennifer Lopez from heading to the gym on Saturday to work up a sweat.

The 48-year-old On the Floor songstress looked to be quite serious as she grabbed on to a piece of equipment in the well-appointed space. Pumping iron! Jennifer Lopez, 48, headed to the gym on Saturday to work up a sweat in the midst of a heat wave in Los Angeles

For her workout, the mother-of-two chose a thin white crop top that showed off her amazingly toned midsection.

A pair of white high-waist leggings with a light blue highlight down each leg flattered her toned limbs.

The pop legend's tresses were pulled tightly back into a ponytail, and the Grammy winner's youthful visage was adorned with eye-liner, subtle blush and pale rose-tinted lipstick. Perfect pair! On Thursday the 48-year-old Bronx native shared an image captured during the Fourth of July to Instagram

Her simple caption read 'Gettin’ it in today even though it’s blazing outside!! white snakeskin leggings!! #hotlikeamf #109degrees'

Earlier in the week she celebrated the Fourth of July in a more relaxed fashion. Family fun! Earlier in the week she celebrated the Fourth of July in a more relaxed fashion

Not only did the World Of Dance star show off her figure in a hot pink bathing suit, but she also flashed a ring on her wedding finger that may or may not be from beau of over one year, Alex Rodriguez.

The star captioned the image, 'It’s the lil quiet moments that matter the most.'

The star often wears her own bling, but it was interesting that she had this ring on her wedding finger. The media savvy veteran must have known what a stir it would cause.

The couple have been seemingly inseparable since going public with their relationship back in February 2017.