A well-known Turkish astrologer has predicted what will happen in Kerem Bürsin and Hande Erçel’s relationship in 2022. 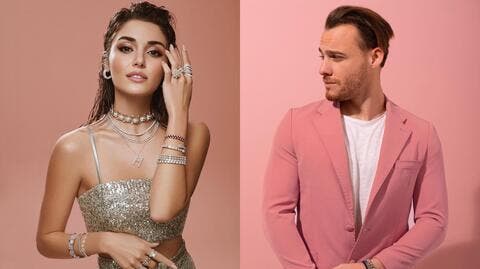 She predicts changes in the relationship of the protagonists of 'Love is in the air'.

Kerem﻿﻿ Bür﻿﻿sin and Hande Erçel have become one of the most followed couples on television thanks to Sen Çal Kapımı (You Knock On My Door/Love Is In The Air), one of the most-watched Turkish series last year in Turkey.

Their love story even went out of the screens and became real. They have been dating for a year and a half, although it was not until April 2020 that they decided to confirm the relationship during their trip to the Maldives.

Although they do not stop insisting that they are not yet ready to take another step in their relationship because they are focused on their jobs, there are many who long for a wedding or even a child of the couple.

So much interest arouses around their relationship that it has become one of the questions that psychics are often asked about around this time to try to guess what 2022 brings them.

A Turkish television program has hosted one of the best-known astrologers in the country and has assured that by next April, the couple will suffer a crisis, but it seems that it will be temporary because that same woman assures that there will be a wedding.

And not content with that, she has also added that before the end of next year they will welcome their first child together. 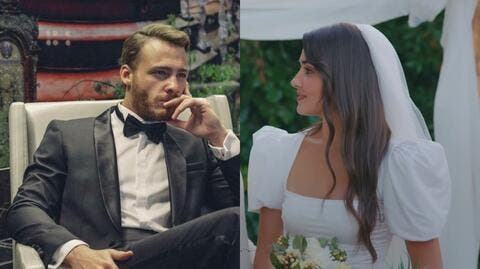 Did Kerem Bürsin Set the Date of Marrying Hande Erçel?

On-screen, they already know what it is like to be parents because their characters had two children in the show. At first, a girl that Serkan Bolat did not meet until she was five years old, and then a boy who came to consolidate a love that fought against all kinds of obstacles in order to evolve.

We will see if the same thing happens in real life and they share the same happiness. The actor has already declared on an occasion that he would have liked to be a father before he was 30 and that he plans to have a family. We will see if the seer is right or not.

What is clear is that a child of ﻿those two actors would be a beauty for sure.