Kerem Bürsin Asks Hande Erçel: 'How Do You Feel About Me?'.. Check Out Her Answer

Fans of Serkan and Eda, played by Kerem Bürsin and Hande Erçel, wait for any statement made by the two actors regarding their relationship to find any clue that confirms their love in real life.

Last night, a new revelation came from the leading actors of Sen Çal Kapimi (You Knock On My Door) where Hande Erçel disclosed how she feels about Kerem Bürsin.

Via an Instagram Story, Kerem asked Hande 'How do you feel about me sometimes?'

The beautiful actress answered in a humorous way by doing a 'meh face' and showing an angry child visual on her phone. 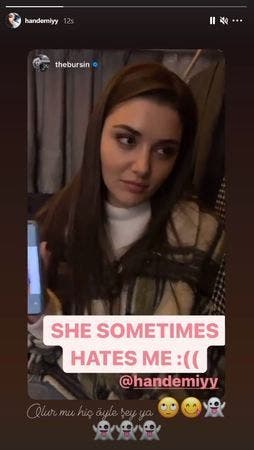 In response, Hande Erçel re-posted Kerem's story and asked her followers: 'Is it okay?'

Hande Erçel and Kerem Bürsin's fooling around and joking about their feelings to each other were not the only things that sparked their romance rumors again, following Murat Can Aydoğan breaking up with Hande Erçel after one month of dating. 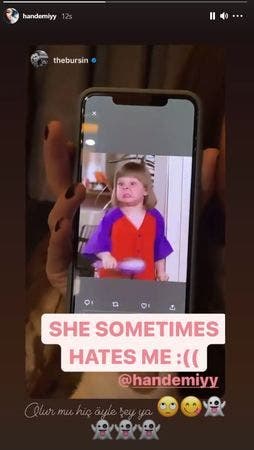 Earlier this week, Kerem Bürsin left a direct flirting comment on one of Hande Erçel's pictures on Instagram where she sported white powersuit.

Kerem wrote: 'SUCH A BEAUTIFUL WOMYN!'

Bürsin's comment caused a frenzy among followers, which received 115k+ likes and around 5,000 comments, as fans started discussing the nature of their relationship once again. 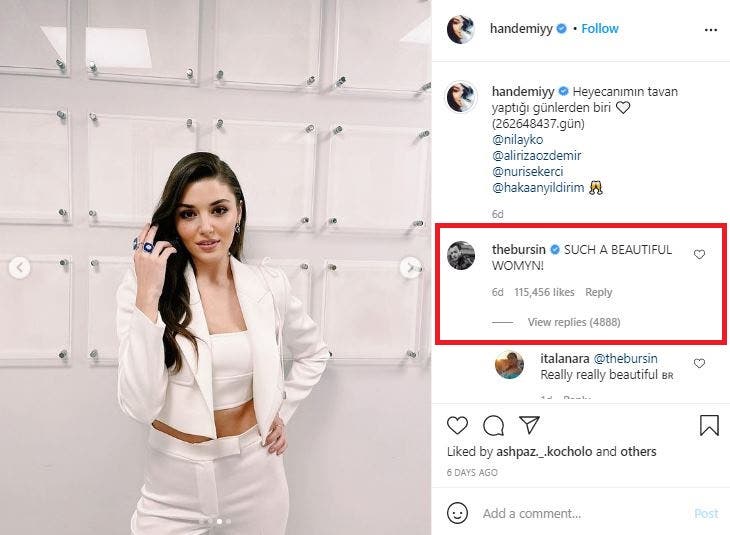 Do you believe that Kerem Bürsin and Hande Erçel are truly romantically involved, or are those reports only a part of a PR stunt to increase viewership of their series Sen Çal Kapimi (You Knock On My Door)?

Kerem Bürsin Asks Hande Erçel: 'How Do You Feel About Me?'.. Check Out Her Answer