The Maldivian getaway of Hande Erçel and Kerem Bürsin is still causing a frenzy among their fans. 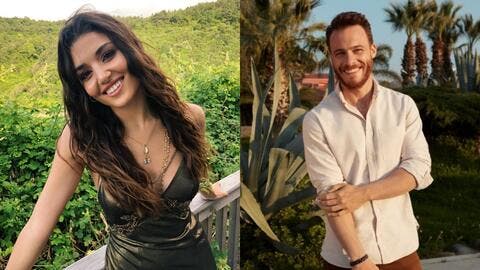 Hande Erçel and Kerem Bürsin, who strengthen their love affair with every move and share, continue to enchant their fans with their holiday poses.

According to Sabah newspaper, the last move of the popular names confirms their love claims.

The Turkish newspaper reported that Hande Erçel noticed that Kerem Bürsin has a photo on Instagram where he still tags ex-girlfriend Serenay Sarıkaya. 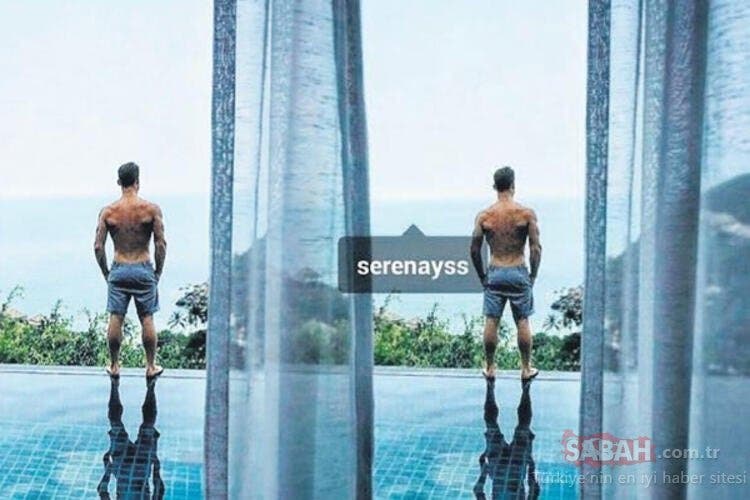 Sabah added that Hande Erçel was annoyed to see Kerem's ex's name on his Instagram, so he removed the tag from the picture 5 years after posting it.

The image of Kerem Bürsin was taken in 2016 when he went in a holiday with his his ex, Serenay Sarıkaya. The couple called it off in 2019 but Serenay Sarıkaya remained privately in his life for a long time.

In addition to the untag, Kerem has been the official photographer of Hande Erçel in their Maldivian getaway.

The actor who plays Serkan in Sen Çal Kapimi (You Knock On My Door), took magical pictures of his on-screen lover Eda in a breathtaking resort in Maldives during sunset.

Before Hande's stunning pictures, the beautiful actress took one for Kerem on Earth Day.

In the picture, the handsome actor was topless and pointing to the sky in Maldives. He captioned the shot: 'One Earth...that’s all we got! #earthday' 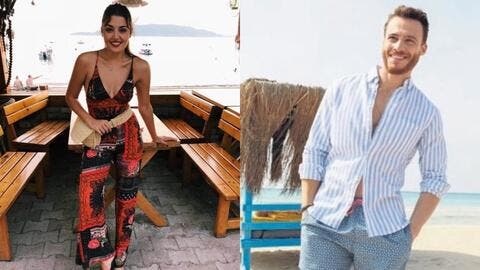 In the comments, Kerem and Hande teased each other and their fans.

Erçel: My dear
Bürsin: You are my dear! By the way, what a beautiful photo you are taking.
Erçel: Then let's see the others.
Bürsin: Anything can happen at any time, my dear.

The duo, who wrote sincere messages to each other under the holiday pose of Bürsin, which received more than 1.5 million likes, received comments from their followers as "Confess now".