International TV personality and K-Pop Star, Oli London has delivered a Ramadan message address to his Muslim fans across the Middle East wishing them a happy Ramadan while speaking in Arabic.

The British star, who has appeared on TV shows including Dr. Phil, Botched and Barcroft TV posted a video to his YouTube account where he sends his well wishes and prayers to the international Muslim community. Speaking in Arabic for the first time, the K-Pop artist surprised and delighted his Middle-Eastern fans by saying 'Ramadan Kareem and Inshallah' and showing his strong appreciation and love for the Islamic community.

''Ramadan is a special time where Muslim people all over the world come together to reflect, pray, bring their community closer together and to fast. I want to encourage my amazing Muslim fans to use this holy month to focus on kindness, love and reflection and send them my encouragement during their fasting period. With the current Coronavirus crisis causing tragedy around the world, I hope the holy month of Ramadan will help uplift and strengthen the resolve and will of all Muslim communities and everyone around the world to bring light in this time of darkness. I am sending my prayers to everyone around the world, Inshallah". The TV personality is set for his worldwide TV comeback this week on British TV Channels Barcroft TV and Truly where he will unveil a new look and discuss online bullying and trolling, something which he is passionate about preventing.

Oli has confessed previously to being constantly bullied online for his appearance and for making K-Pop music and recently quit Twitter because of what he described as 'a torrent of daily abuse'. After quitting Twitter he became the #3 highest trending twitter topic in the United States with trolls celebrating his Twitter deactivation with the hashtag #OliLondonDeactivatedParty.

Despite all this, Oli is now actively campaigning to prevent online bullying and to help protect young people from the devastating consequences. 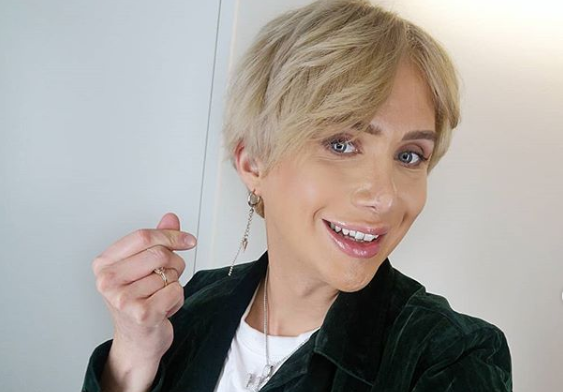