Kylie Jenner Decided to Turn the Temperature Up for Instagram 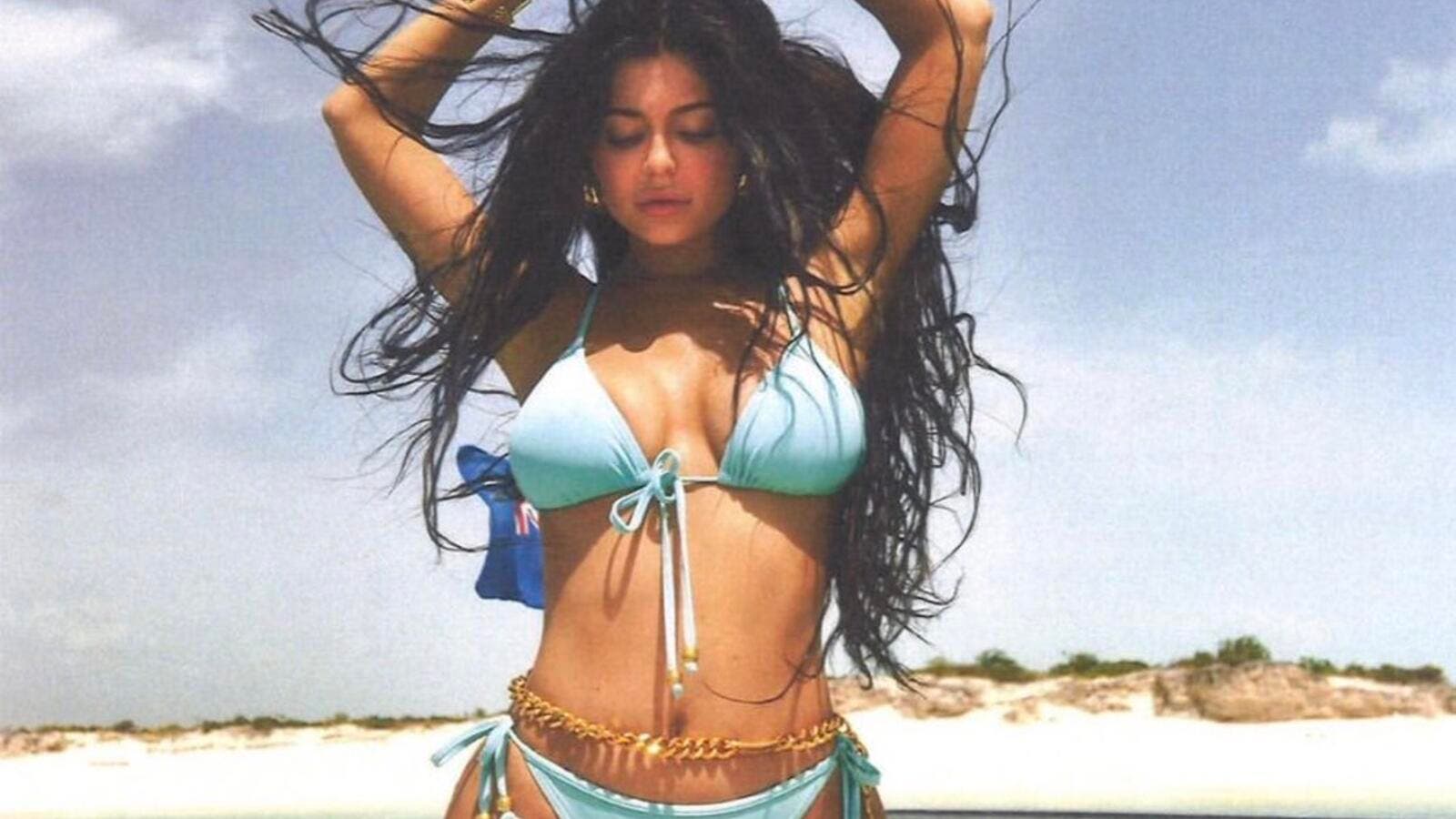 Kylie Jenner (Twitter)
Highlights
The 21-year-old posed up a storm in a camo swimsuit and backless dress as she posed on the staircase while on vacation.

She has been holidaying on Turks and Caicos.

But the summer heat was not enough for Kylie Jenner, who decided to turn the temperature up even more for Instagram on Friday with a series of photos.

The 21-year-old posed up a storm in a camo swimsuit and backless dress as she posed on the staircase while on vacation.

Accentuating her unmistakable features with makeup, the lip kit icon had her dark hair twisted into a long single braid.

She accessorized her eye-popping ensemble with a huge pair of hoop earrings.

Her swimsuit was camo with a red-orange zipper as the strap that was unzipped on one side and hung at her waist.

In the other two photos she wore a form fitting maxi-dress that had blue and pink colors and an open back.

Jordyn and Kylie's friendship was ruptured after the former shared a kiss at a party in February with NBA dreamboat Tristan Thompson.

Tristan was at the time dating Kylie's half-sister Khloe Kardashian, though they broke up when the party kiss with Jordyn went public.