Published August 17th, 2021 - 11:53 GMT
the 33-year-old artist was supported by her fans
Highlights
Lizzo claps back at 'fatphobic' and 'racist' comments aimed at her 'Rumors' video

Lizzo recently went on Instagram Live to share her feeling 'hurt' over a wave of hateful comments following the release of her latest single. 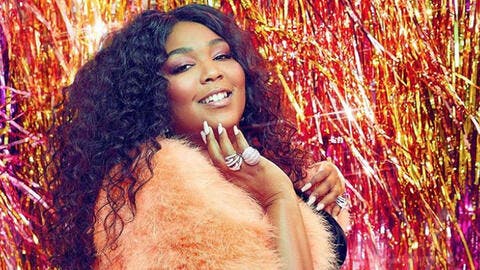 Lizzo's latest single “Rumors” which featured rapper Cardi B was released on Friday, simultaneously releasing a music video that have been viewed more than 10 million times as of Monday afternoon.

"I really think people are just mad to see a fat Black woman that makes pop music and is happy," Lizzo said on Sunday ''Y'all are so upset that I'm happy."

And on an Instagram Live, the singer expressed her frustration over the number of negative comments she received when her latest song was released, the artist said in her 13-minute video that she had been working "quadruple" the time and hadn't "really been able to sit and just congratulate myself."

this broke my heart y'all need to leave Lizzo alone she literally doesn't do sht to anyone wtf pic.twitter.com/oo7k8449LL

“But this rhetoric doesn’t even bother me,” Lizzo continues. “Because Aretha Franklin was criticized by the Black church when she came out with ‘Respect’; Whitney Houston was booed at the Soul Train awards for being ‘too white’; Beyoncé received criticism early in her career. So you know what? The type of music that I make, I know that I’m making it to be great, I’m making it to touch the world, and I don’t trip on any of these criticisms because I know that the only person that I’m serving is myself.”

"Sometimes I'm like, the world just don't love me back," she shared. "It's like it doesn't matter how much positive energy you put into the world, you're still going to have people who have something, something mean to say about you."