Kuwaiti singer and actress Maram Al-Balushi has had a sudden heart attack and was immediately taken to intensive care unit for treatment last night. 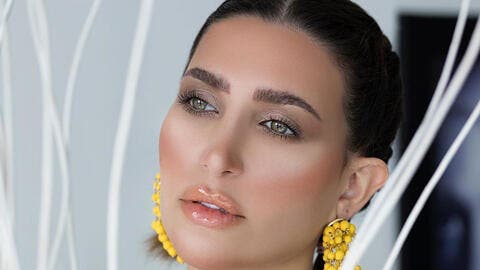 The Princess and the Maids! Kuwaiti Fashionista Dr. Kholoud Provokes Followers With a Picture of Her 7 MAIDS!

Maram's sister Mai Al-Balushi said: "My sister Maram had a heart attack, and she was directly taken to Al-Amiri Hospital, where she is still currently lying in bed."

Mai told Kuwaiti local newspaper Al-Rai: "While continuing filming her character in the context of drama series Malak Rahma, Maram was subjected to severe fatigue and exhaustion, which exposed her to a health problem and was subsequently transferred to Al-Amiri Hospital, and there she underwent a number of medical examinations, during which it became clear that she had a heart attack." .

She added: "Doctors injected her with a fluid needle to balance the enzymes, and accordingly a decision will be made whether a catheterization is necessary or not, and thankfully, I can say that her health condition is stable."

Mai explained: "At first, she was admitted to the intensive care unit, then transferred to the Coronavirus unit to undertake a routine examination, and then she was prepared to enter the heart care unit,"

She continued: "Also, in 2019 while she was in Egypt while filming Dofaat Al-Qahira series, she had conducted A heart catheterization at that time, and after she had some rest, she returned to Kuwait,"

Mai Al-Balushi concluded: "With God’s permission, my sister Maram will recover and return to her home and family in good health."