The Princess and the Maids! Kuwaiti Fashionista Dr. Kholoud Provokes Followers With a Picture of Her 7 MAIDS!

Kuwaiti fashionista Dr. Kholoud has sparked widespread controversy on social media, after appearing with 7 housemaids at her home, as she has been accused by the public of showing off her filthy rich lifestyle, that she gained by the huge following fan base.

Kholoud published the photo on Snapchat, and pioneers of social media began circulating the picture on Instagram.

The Kuwaiti fashionista received a lot of backlash, as one follower said: "She loves to show off. At first let them put on beautiful outfits and then show off and say: look I have a lot of maids." 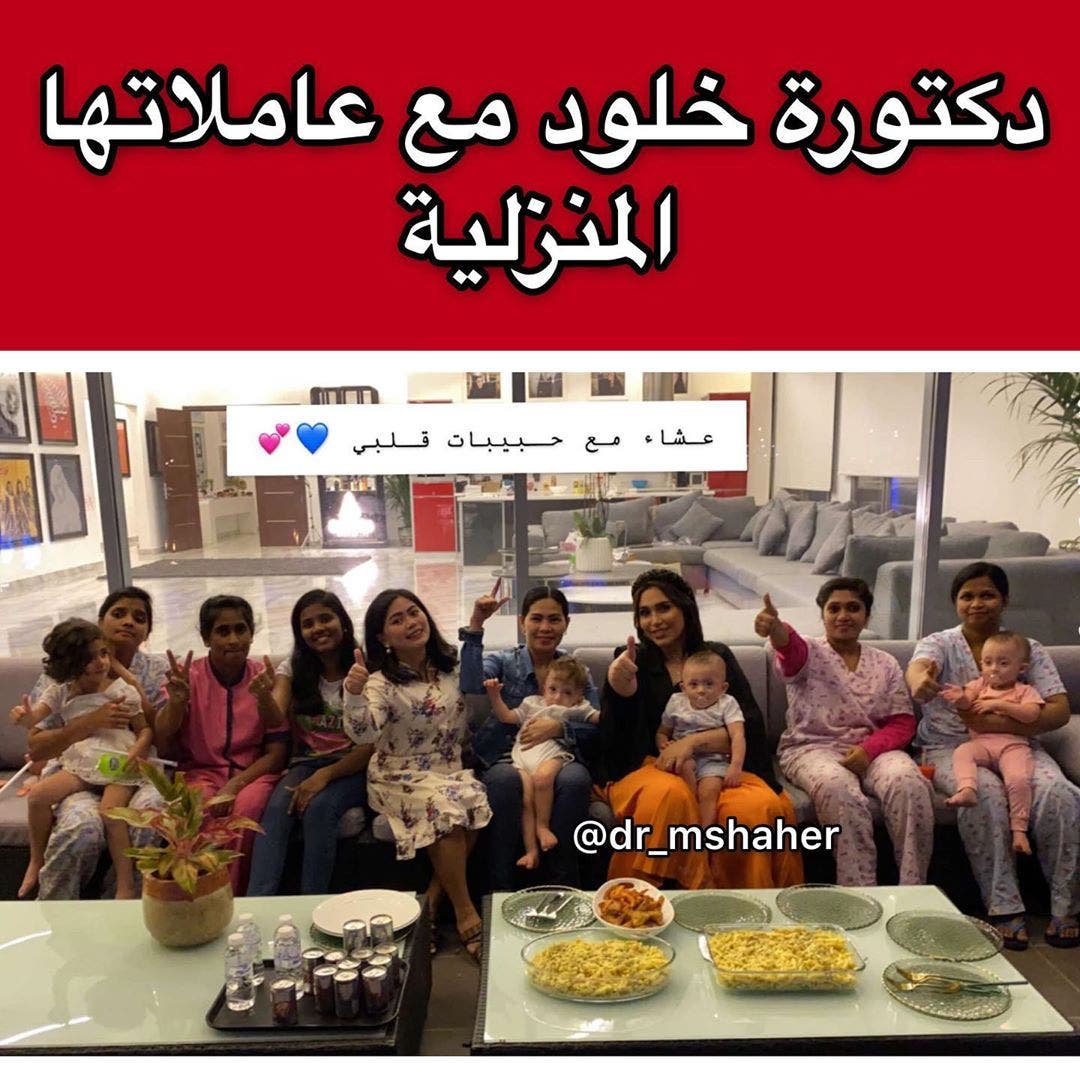 Kholoud also received some cynical comments, such as: "Muhannad Chad Uglo did not hire this many maids", and "Oh God! they are much more than family members themselves," and "as if they are in an office to recruit maids."

Kuwaiti 'Bedoon' Sets Himself on Fire