Lebanese singer Najwa Karam has received an iconic welcoming by her fan club in Jordan. 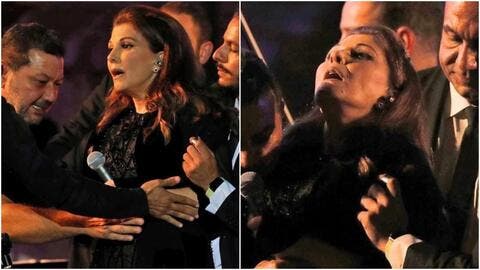 Najwa shared a video while on a helicopter tour over the Jordanian capital, Amman, after arriving on Wednesday, to participate in Jerash festival.

Karam commented on the video: 'Jordan's fans always look for a way that resembles their civilized and royal environments, to hold the best and most beautiful reception.'

Najwa also posted another picture while she was inside an airplane in Amman's sky, and wrote: 'The way fans of Jordan loved to meet me with.'

The audience has welcomed Najwa Karam to the Jordanian anthem and roses, and Jordan and Lebanon flags were raised, according to the videos that Najwa shared on Instagram.

The name of Lebanese artist topped the trending list on Twitter Jordan, with the hashtag #NajwaKaramInJerash #نجوي_كرم_في_جرش where fans tweeted the pictures they took with her.

Earlier, Najwa Karam had promoted her Jerash concert, which will be held tonight, by sharing old footage of her several participations in the festival since the 90s.

'I miss Jordan and its people a lot. Our date is on September 23 at Jerash Festival, to bring back the sweetest memories of success and joy with your presence,' Najwa wrote.

Jerash Festival of Culture and Arts has returned, on Wednesday evening, in its thirty-fifth edition.

The opening ceremony was held on the northern stage with a national operetta, written by Majid Zureikat, composed by Ayman Abdullah and directed by Lina Al-Tal, with the participation of a large number of Jordanian artists, followed by a concert by the Lebanese singer Majida El-Roumi on the southern stage. 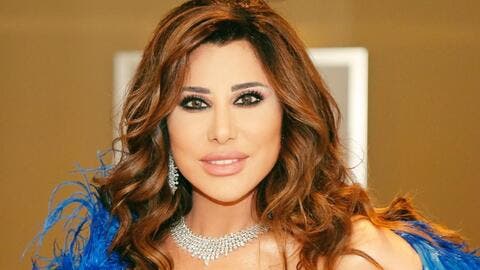 Najwa Karam to Tie the Knot SOON?! Here's the Picture of Her Rumored Hubby

The number of participants in Jerash Festival 2021 is more than 70 Jordanian and Arab artists, in addition to musical performances.