Lebanese soprano singer Magda El-Roumi, 64, has sparked the audience's concern after losing her balance and fainting during her concert in the 35th edition of Jerash Festival in Jerash city, Jordan. 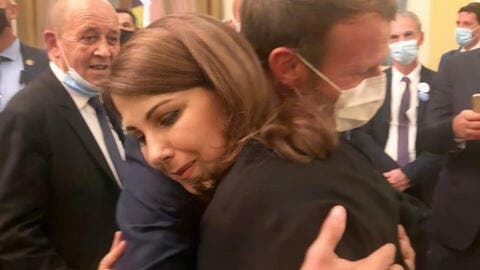 Majida El-Roumi was performing Uhebbouka Jeddan (I Love You So Much), then she suddenly lost her balance and started staggering almost felling to the ground, if it wasn't for the intervention of one of the musicians at the right time to hold her, then she fainted and was carried off the stage.

Executive Director of Jerash Festival, Ayman Samawi, reassured everyone in statements to local newspapers, noting that the artist was exposed to Hypoglycemia, which caused her to lose her balance for a few minutes.

Samawi said that the artist returned to the stage to resume the concert after eating something sweet to boost blood sugar levels.

The Lebanese singer debuted the concert by performing Aam Yesaalouni (They Are Asking Me), then she sent her love and peace to Jordan and its people, and wished that God would keep joy, security and love in Jordan and the Arab world. 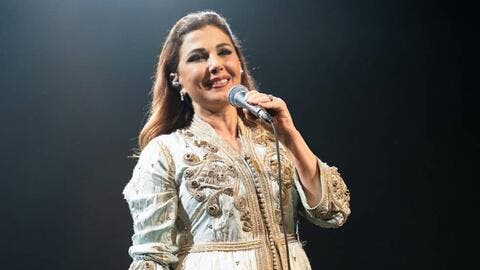 El-Roumi told her audience that she was in Jerash when Lebanon was burning with the flames of war, and despite that she sang for life and love, and today she returns to Jerash and sings again for love and life.

Majida El-Roumi presented a bulk of old and modern songs that were dedicated to Jerash 2021. The audience interacted with El-Roumi's melodies, in the presence of 50% of the audience capacity according to the protocol approved by the festival administration, due to the pandemic.

Jerash Festival of Culture and Arts has launched its 35th edition in the ancient city of Jerash, 45 km north of the capital, Amman, after a short absence last year due to the Coronavirus pandemic.