Lebanese star, Nancy Ajram, has commented for the first time, in a brief statement, on the news of her divorce from her husband, dentist Fadi Al-Hashem, after it had spread recently. 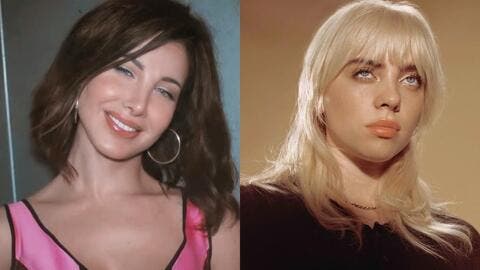 Nancy's comment came on the sidelines of her participation in "Clay Max" ceremony to honor her in the Egyptian capital, Cairo, where she quickly responded to journalists' questions about her divorce: "Rumors are always present in our lives," to put an end to the controversy that erupted days ago, despite her husband's recent denial of the matter in a letter.

Al-Hashem said on the twenty-second of last October, during his response to one of the Lebanese artist's fans on this rumor: "More than one fan sent me.. I consider you from Nancy's family.. I am surprised by the speed of the news.. Now I'm going to the house to see what the story is. In any case, don't worry, for sure, Nancy is safe."

The rumor spread at the time, after Lebanese journalist Elie Bassil alluded to the divorce of Nancy Ajram from her husband, Fadi Al-Hashem, through his account on Twitter, by publishing a picture of them and writing about the separation with blame and admonition.

While Nancy Ajram's business manager, Gigi Lamara, considered that the reason for the rumors is the desire to distract the audience from her songs and art, and he described these rumors as malicious and tasteless.

Nancy Ajram and Fadi Al-Hashem have been married for 13 years, and their marriage resulted in 3 girls, Ella, Mella, and Leah.