Published July 18th, 2021 - 10:44 GMT
In her latest post, Britney directly calls out Jamie Lynn
Highlights
Britney Spears, 39, called out on Instagram those close to her who had only spoken out once public sentiment turned against her conservatorship 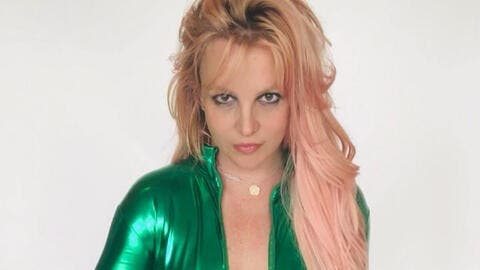 The pop star took to Instagram on Friday to share a lengthy message beside the quote: "Never forget who ignored you when you needed them and who helped you before you even had to ask."

Though Britney didn't name any names, many fans believe she's referring to her mom, Lynne Spears, and her younger sister, Jamie Lynn Spears.

Spears captioned the post with a lengthy message expressing her hurt and anger, ''There’s nothing worse than when the people closest to you who never showed up for you post things in regard to your situation whatever it may be and speak righteously for support … there’s nothing worse than that !!!! How dare the people you love the most say anything at all … did they even put a hand out to even lift me up at the TIME !!!??? How dare you make it public that NOW you CARE''

''Did you put your hand out when I was drowning ???? Again … NO … so if you’re reading this and you know who you are … and you actually have the nerve to say anything about my situation just to save face for yourself publicly !!! If you’re gonna post something ….'' she continued.

''Please stop with the righteous approach when you’re so far from righteous it’s not even funny ….and have a good day !!!!! PS if you’re reading this today and you can relate …. I’m sorry because I know what it’s like … and I send you my love !!!!'' Britney ended her lengthy caption.

During Britney's court hearing last month, she spoke out against her entire family. "I would honestly like to sue my family, to be totally honest with you," she told the judge. "I also would like to be able to share my story with the world, and what they did to me, instead of it being a hush-hush secret to benefit all of them. I want to be able to be heard on what they did to me by making me keep this in for so long, it is not good for my heart. I’ve been so angry and I cry every day. It concerns me, I’m told I’m not allowed to expose the people who did this to me."

Earlier this week, Spears gained permission from L.A. Superior Court Judge Brenda Penny to appoint her chosen attorney, Mathew Rosengart. In Wednesday’s hearing, Spears asked again for her father Jamie, who controls much of her finances and communications, to be removed from her conservatorship.

In another Instagram post, the 'Oops I Did it Again' hitmaker calls out people who criticize her dancing videos ''For those of you who choose to criticize my dancing videos ... look I'm not gonna be performing on any stages anytime soon with my dad handling what I wear, say, do, or think!!!! I've done that for the past 13 years ... I'd much rather share videos YES from my living room instead of onstage in Vegas where some people were so far gone they couldn't even shake my hand and I ended up getting a contact high from weed all the time ... which I didn't mind but it would have been nice to be able to go to the mother f***ing spa  !!!! And no I'm not gonna put on heavy makeup and try try try on stage again and not be able to do the real deal with remixes of my songs for years and begging to put my new music in my show for MY fans ... so I quit !!!!'' 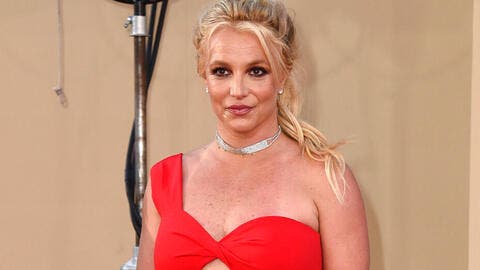 In her latest post, Britney directly calls out Jamie Lynn,  ''I don't like that my sister showed up at an awards show and performed MY SONGS to remixes !!!!! My so-called support system hurt me deeply !!!! This conservatorship killed my dreams ... so all I have is hope and hope is the only thing in this world that is very hard to kill ... yet people still try !!!! I didn't like the way the documentaries bring up humiliating moments from the past ... I'm way past all that and have been for a long time !!!! And for women who say it's weird the way I still have hope for fairy tales ... go f**** yourself  !!!!! As I said ... hope is all I have right now ... you're lucky I post anything at all ... if you don't like what you see, unfollow me !!! People try to kill hope because hope is one of the most vulnerable and fragile things there is !!!! I'm gonna go read a mother fucking fairy tale now !!!!''