Halsey announces she will no longer do press after Allure magazine failed to use their correct pronouns in its August cover story. 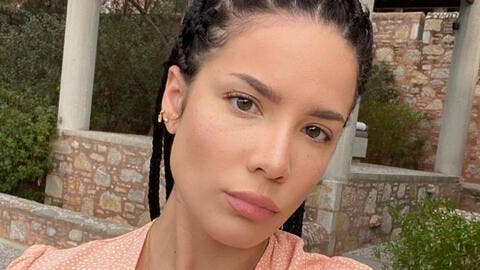 And on Wednesday The singer took to Twitter to express her frustration, asking the Magazine to 'do f***ing better'.

''hey @Allure_magazine. First, your writer made a focal point in my cover story my pronouns and you guys deliberately disrespected them by not using them in the article,'' Halsey wrote.

''Then your admin bastardized a quote where I discuss the privilege of being the white child of a black parent + intentionally used a portion that was the antithesis of the point I was trying to make. '' The new mom added. 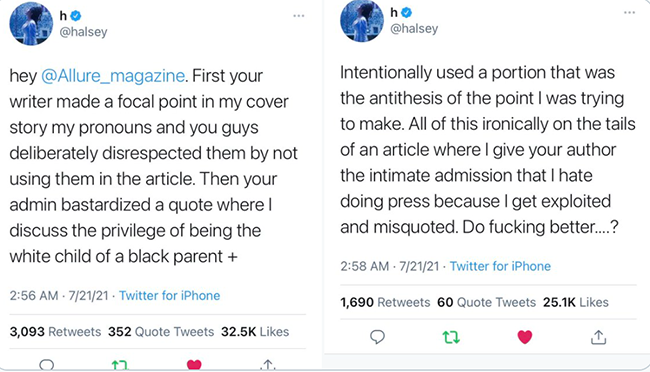 She ended the tweet by admitting she 'hates' doing press, ''All of this ironically on the tails of an article where I give your author the intimate admission that I hate doing press because I get exploited and misquoted. Do f***ing better….?''

Soon after posting the tweets, Halsey deleted them.

The next morning, Allure posted an apology saying they 'messed up' and assuring readers that they were 'adjusting our cover story with Halsey to use both "she" and "they" pronouns.' 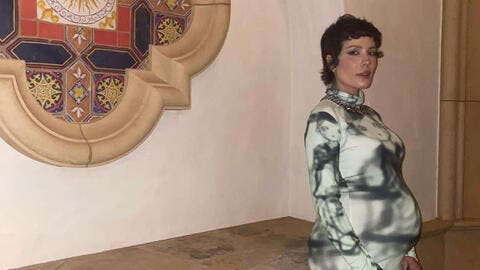 The 'You Should be Sad' hitmaker announced that they would be using she/they pronouns going forward.

Meanwhile, Halsey and her boyfriend Alev are spending their time being new parents to their newborn baby 'Ender Ridley '.