Palestinian anchor Ola Al Fares, who works at Aljazeera, is still being attacked by social media users because of her political views.

Most recently, Lebanese anchor Ghada Owais, who also works at Aljazeera, sent a direct tweet to Ola Al Fares asking her about the recent news circulating under the headline "A Leaked Image of Ghada Owais From a Red Night in Bin Thamer Farm Reveals what's Hidden."

Ghada, according to the tweet, pointed fingers at Ola accusing her of spreading such news. 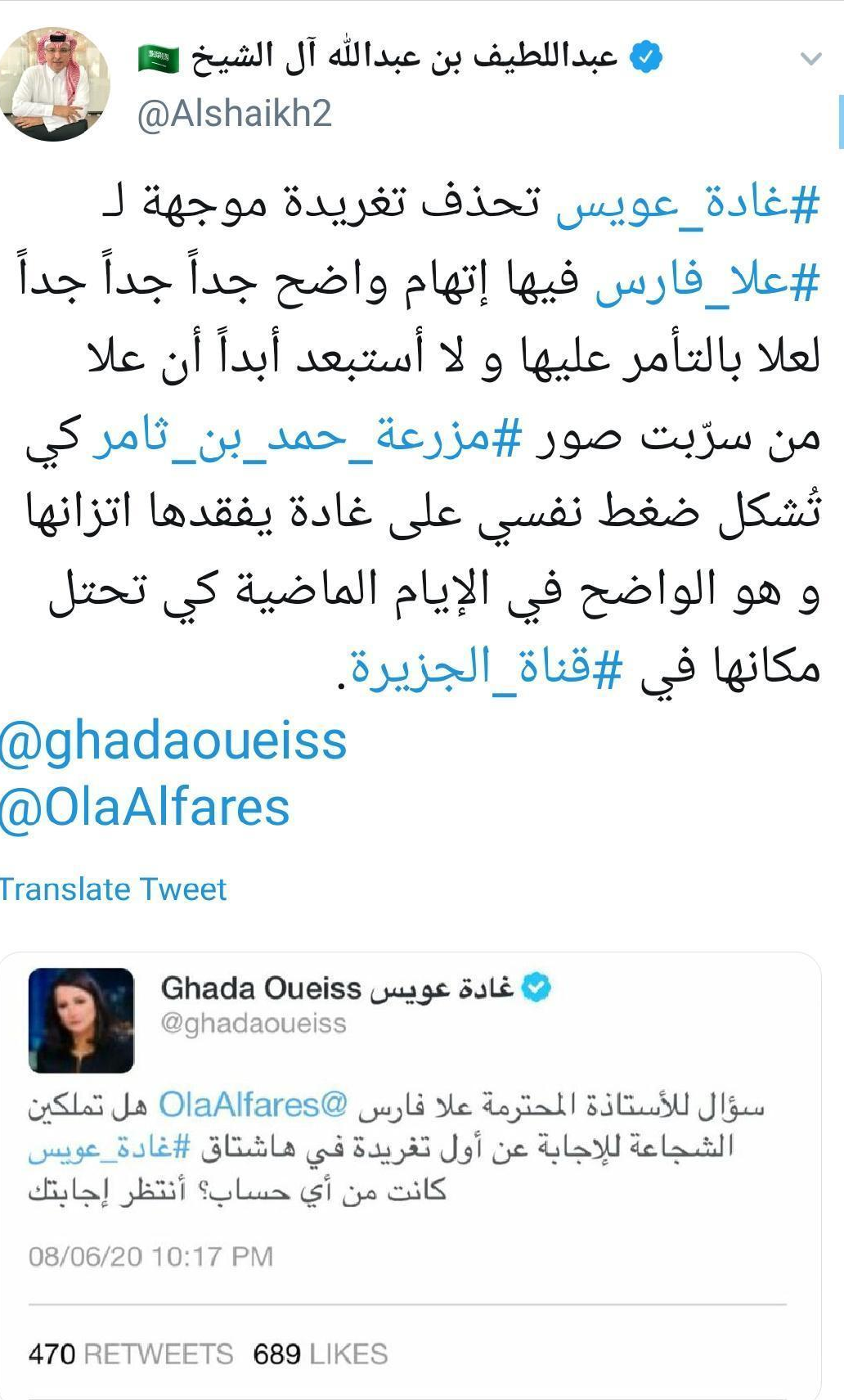 One of the Saudi poets shared Ghada's now-deleted tweet and commented:

"Ghada Owais deletes a tweet addressed to Ola Al Fares, which had a very, very clear accusation, perhaps, of conspiring against her, and I never rule out that Ola was the one who leaked pictures of Hamad Bin Thamer's farm in order to put psychological pressure on Ghada to make her lose her balance, which was evident in the past few days to take her place at Aljazeera."

"One member of the most important Saudi tribes and families reached this level of delirium and fabrication because of me and because of the knight, Ola!"

"To the honorable Aal Al-Sheikh family: Either you lock Abd Al-Latif so that he does not expose you to any further embarrassment or show him to a psychiatrist to treat his sexual repression, his masculinity and his issues with women. Abdullatif: Please get treated." 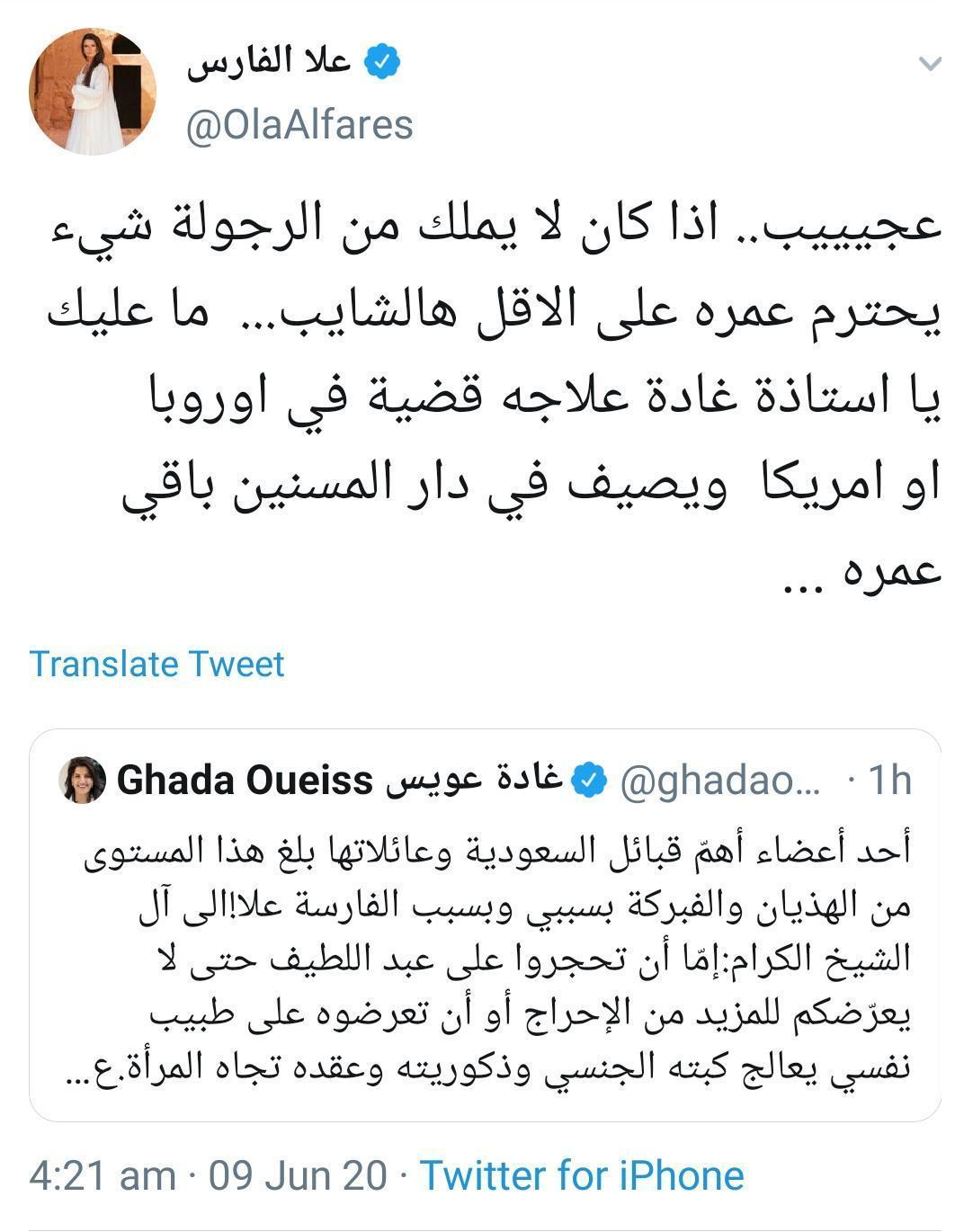 In return, Ola Al Fares did not remain silent and commented:

"Weeeeird! If he has no manhood, he should respect his age, at least. Don't worry professor Ghada, his treatment can be done in one court case in Europe or America, and he will remain in a nursing home for the rest of his life." 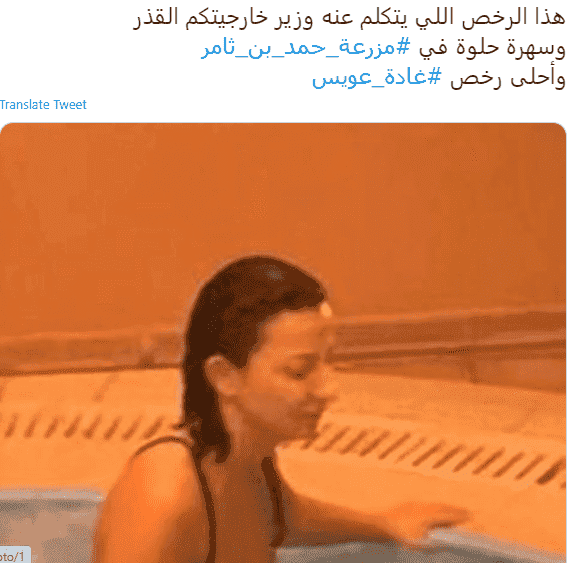 The give and take did not stop here, as social media users shared a picture of Ghada in a swimming pool, and claimed that it was taken from the farm of "Hamad Bin Thamer," the chairman of the Board of Directors of the Al-Jazeera Network, and added sexual hints against Ghada Owais and Ola Al Fares.

Ghada Owais stressed that she would reach out to court to sue whoever insulted her and accused her of sexual scandals. 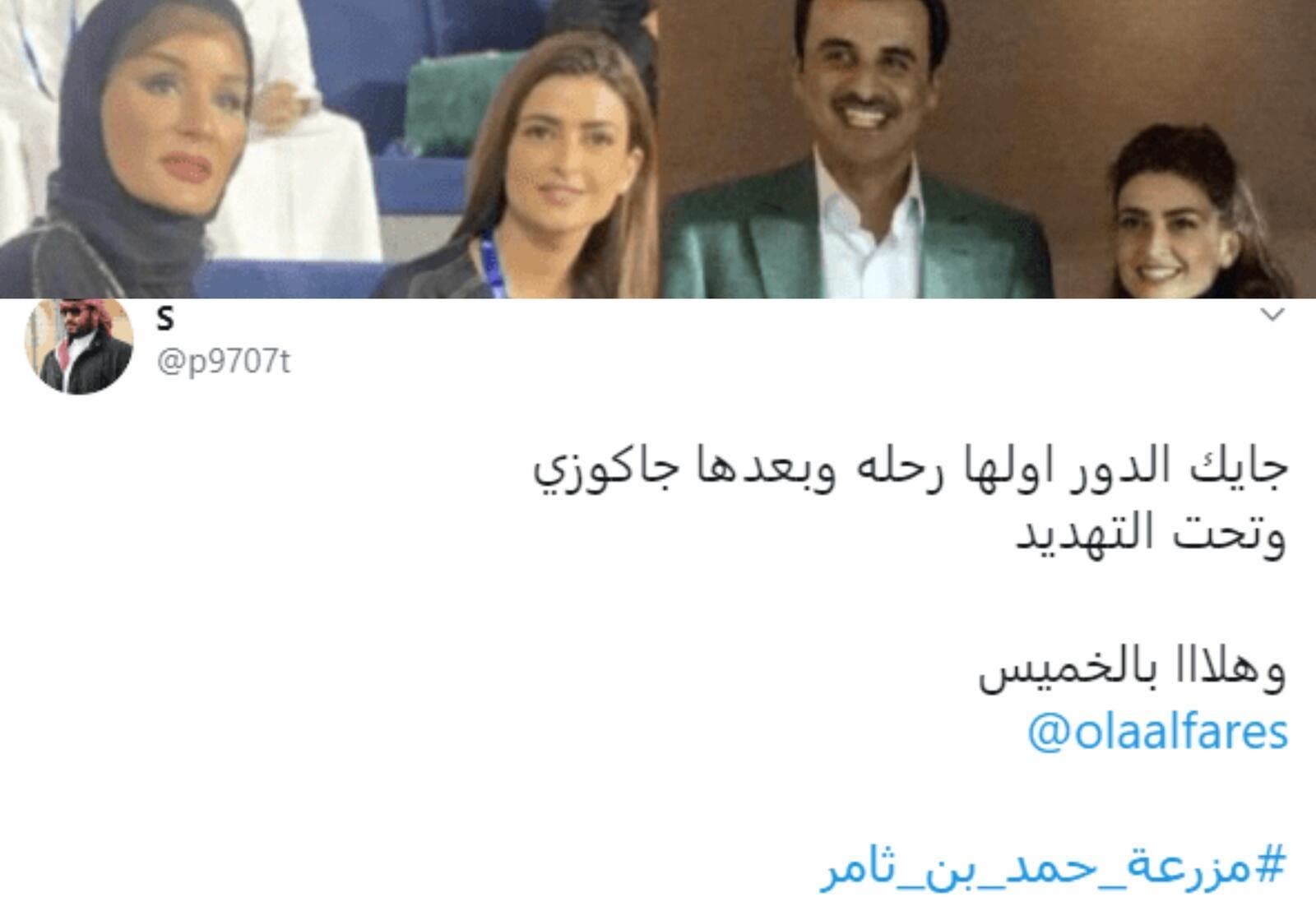