Paris Jackson Does Not Talk to Family Members About Being Bisexual

Paris Jackson gave a candid interview to her longtime friend Willow Smith on an episode of Facebook's Red Table Talk that was released Wednesday. 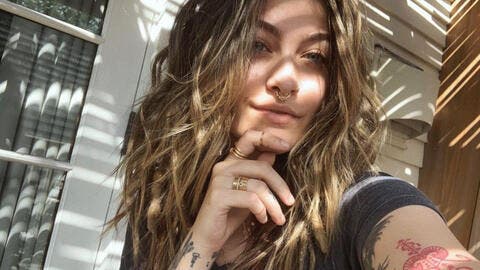 The 23-year-old actress and musician discussed a variety of sensitive topics with Willow, 20, including mental health struggles, suicide attempts, privacy concerns, betrayal and coming out to her religious family.

The Chanel model told Willow, who identifies as bisexual, 'I've reached a point right now where I have love and respect for my family, their beliefs, their culture, their religion and if I'm to expect them to set that aside just so I can feel accepted, expectations lead to resentments for me.'

The beauty added she tries to take the approach that what other people think of her is none of her business. 'As long as I'm living a life of love and being of service and honesty and I'm not hurting other people, I think I'll be alright,' Paris explained.

Jackson went on to say, 'I'm still kind of figuring it out. My family is very religious and a lot of homosexuality is very taboo, so they don't like to talk about it, it's not really accepted.' Most of the Jacksons are Jehovah's Witnesses. 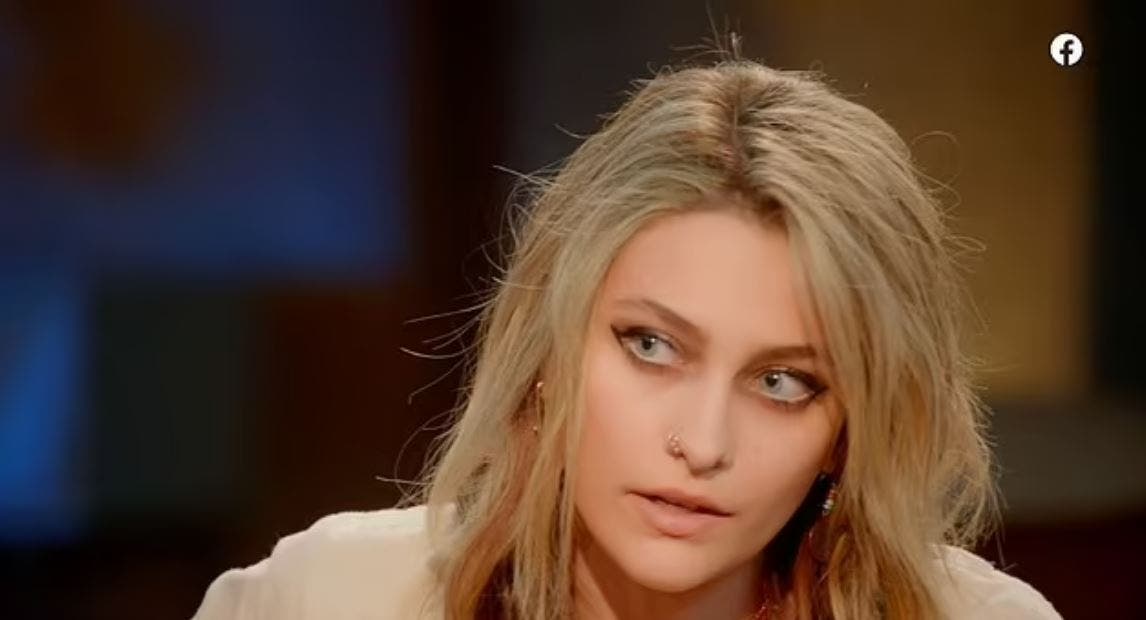 The Habit star also opened up about her past suicide attempts to Willow, who revealed to her mother Jada Pinkett Smith, 49, on a past episode of Red Table Talk that she had suicidal thoughts and used to cut herself.

'But I can say several years later that I'm like really grateful that I didn't. Things have gotten better.'

The Lowkey in Love singer explained that she feared her suicide attempts would eventually result in a lasting injury. 'I've heard these gnarly stories of people that have tried to [hang] themselves and they end up paralyzed and still live. Knowing my luck, as many times as I tried, I'd probably end up in that kind of situation.' 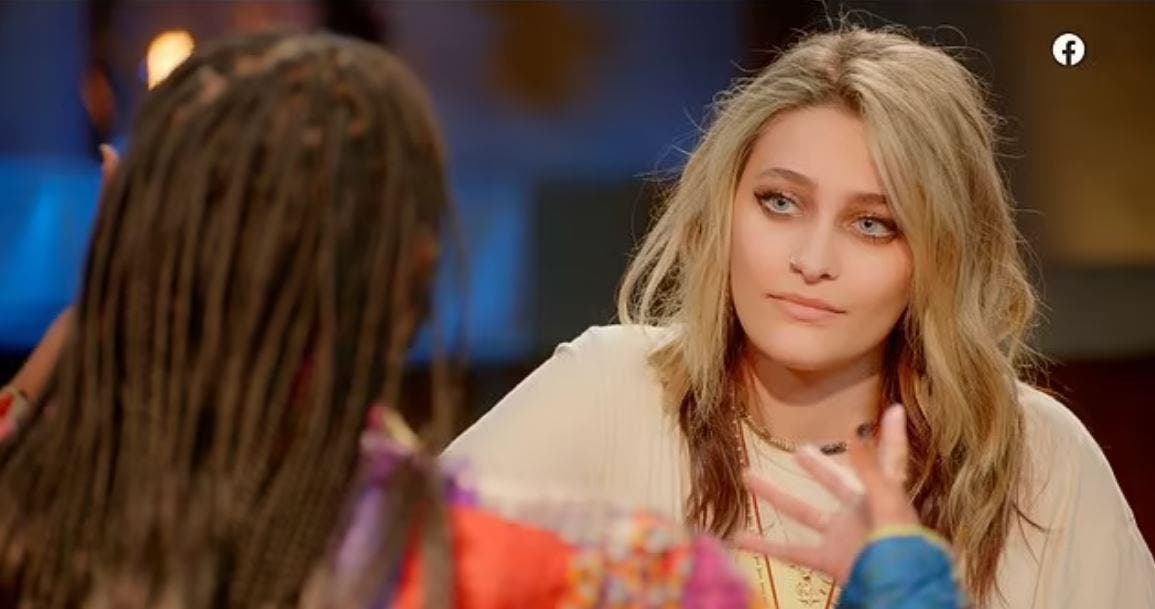 Jackson attributed her suicidal thoughts to depression and cyberbullying that she experienced as a teenager. 'It was really hard. And people told me to kill myself everyday. And I was depressed.'

Paris said she was left heartbroken when she and her ex-boyfriend and former bandmate Gabriel Glenn ended their relationship in August 2020.

'It was the deepest heartbreak I ever experienced. But also it was one of the most powerful rebirths I've ever had in finding my voice and finding my sound and embracing being a musician,' she said. Paris later released a solo album titled Wilted that was about her split with Glenn. 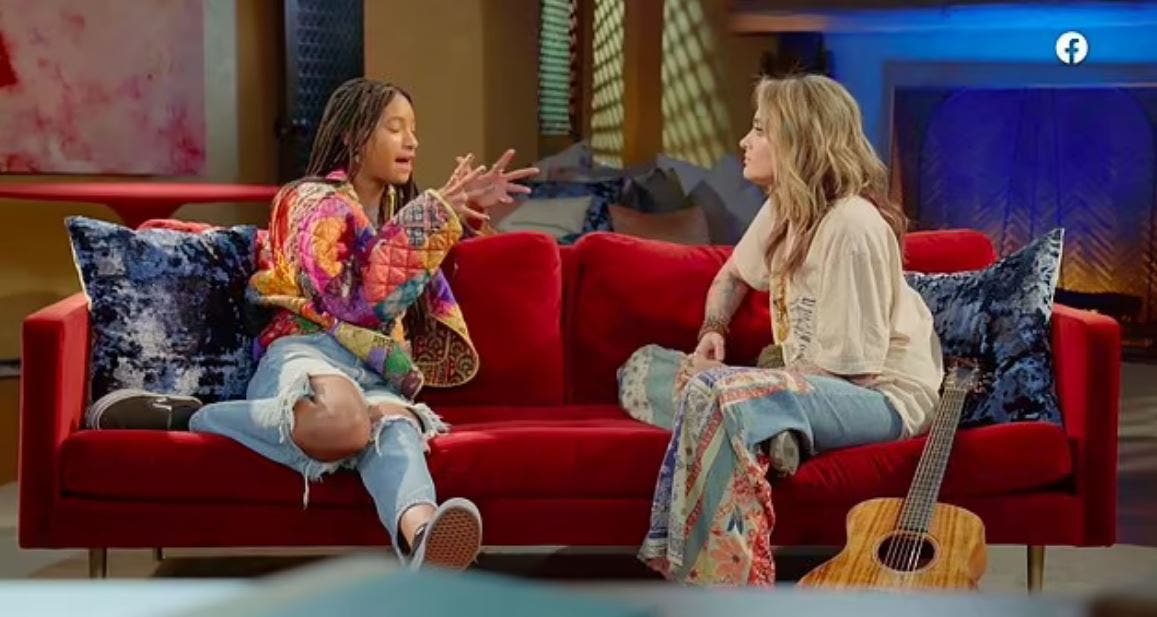 'I was scared to do that for a long time. Finally, I'm just like, this is who I am, I'm a musician.'

'It's definitely closed me off to that, I'm very careful with who I spend time with now and very guarded and trying to protect myself.'

Smith brought up the issue of privacy concerns, admitting that she can be paranoid about guarding personal information in her relationships. Paris said she felt the same.

'Everyone that walks into my house signs an NDA. Like, it's gnarly,' she disclosed. 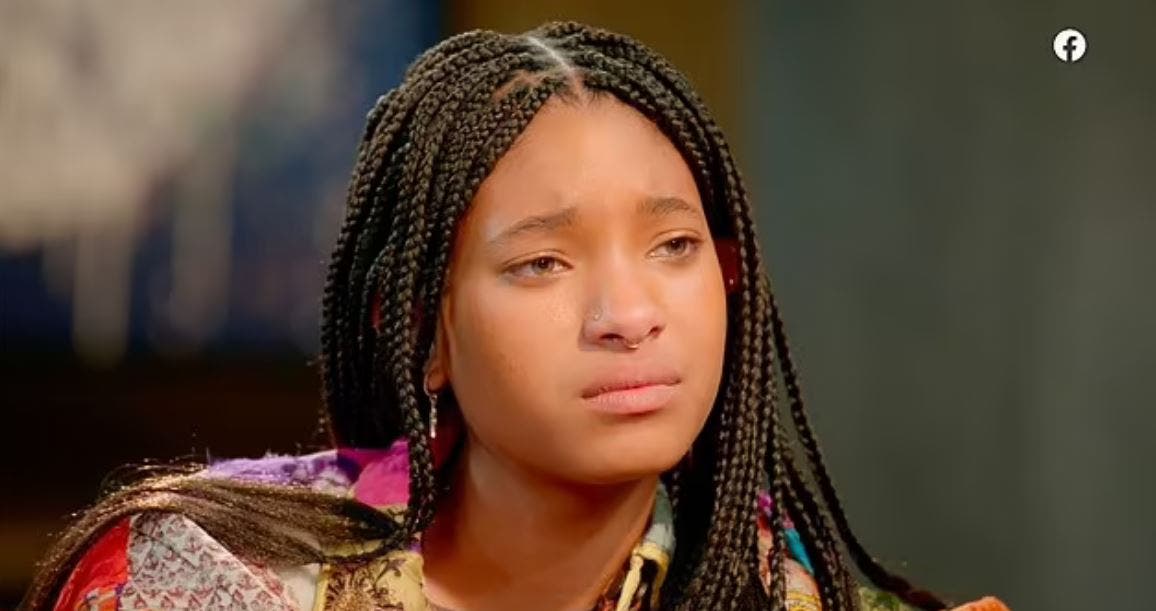 'Oh yeah, it does a lot to your nervous system because you're constantly in fight or flight,' Paris responded.

She continued, 'Fight, flight, freeze, collapse. You're constantly, like, walking on eggshells, constantly looking over your shoulder.

'Like, you have to sit up straight and act right because if you don't, it not only reflects on your reputation, [but also] your family's reputation… like, it's very, "be careful, sit, smile, do the right thing."'

'100 percent,' Smith said. Paris also told her that she has 'audio hallucinations' and PTSD due to constant attention from paparazzi.

The Whip It singer asked Jackson how she was able to move forward after the sudden death of her famous father in 2009.

She responded, 'I don't know, it kind of just happened. I was so young. 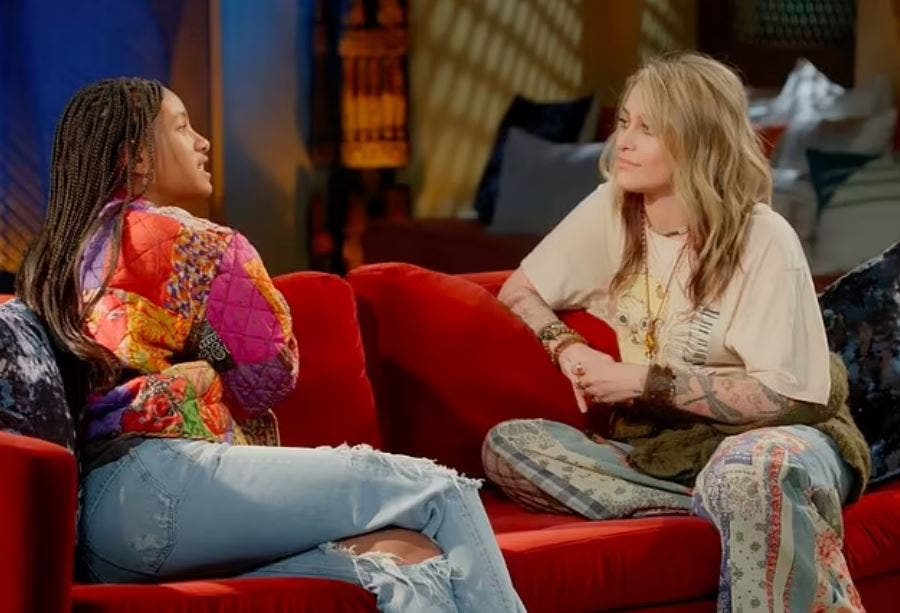 'I was just going through the motions and didn't really understand what was happening and so I just went with what I was told to do... I didn't really have much guidance.' Paris was 11 when Michael passed away and she and her brothers Prince, 24, and Blanket, 19, went to live with their grandmother, Katherine, 91.

The model said that she is close with her brothers, who have been supportive about her sexuality, with Prince joining a gay-straight alliance group at his high school. She also discussed getting to know her birth mother, Debbie Rowe who she met when she was 15. 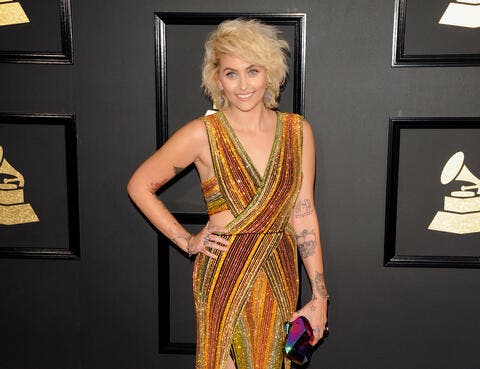 She said, 'It's cool, like, getting to know her, seeing how similar we are.

'Getting into what kind of music she likes — she really likes country and folk — I send her some of the stuff I'm working on... We look a lot alike,' Jackson added.

'It's just cool having her as a friend. It's very chill, which I love, that's the perfect word to describe it.'