The Duchess of Sussex and Prince Harry joined Prince William and Kate Middleton for the first time tonight since Harry suggested he had drifted apart from his brother and the pair spoke of their struggles with public life in a revealing documentary.

Harry and Meghan were seated in the second row of Royals behind Prime Minister Boris Johnson and his girlfriend Carrie while William and Kate were seated beside the Queen at the Royal Albert Hall in West London for the Royal British Legion Festival of Remembrance. 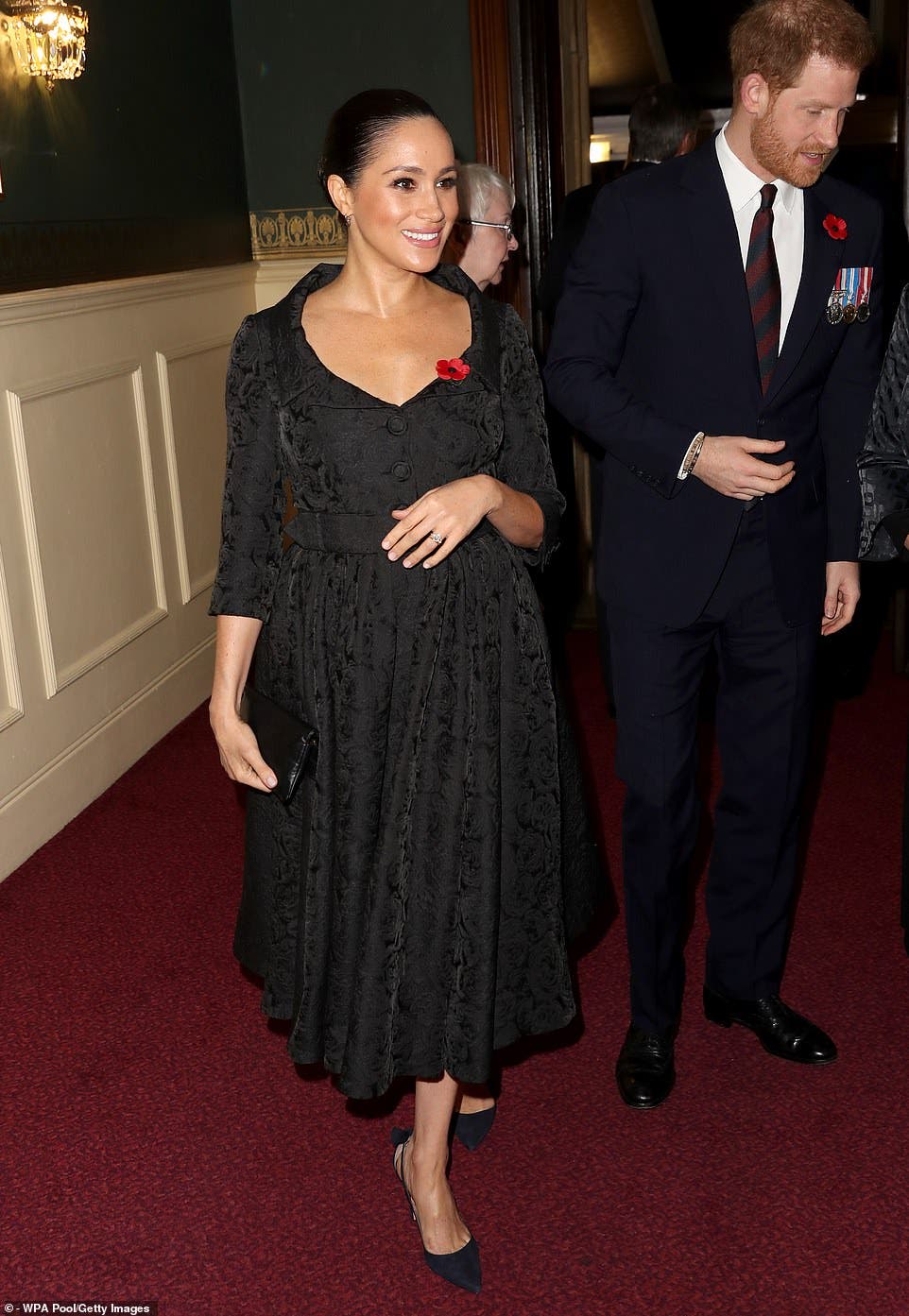 In the ITV documentary Harry told Tom Bradby that he and his brother were on 'different paths', and afterwards The Duke of Cambridge was said to be 'worried' about Harry and hopes he and Meghan 'are all right'. That sparked rumours of a rift between the pair. 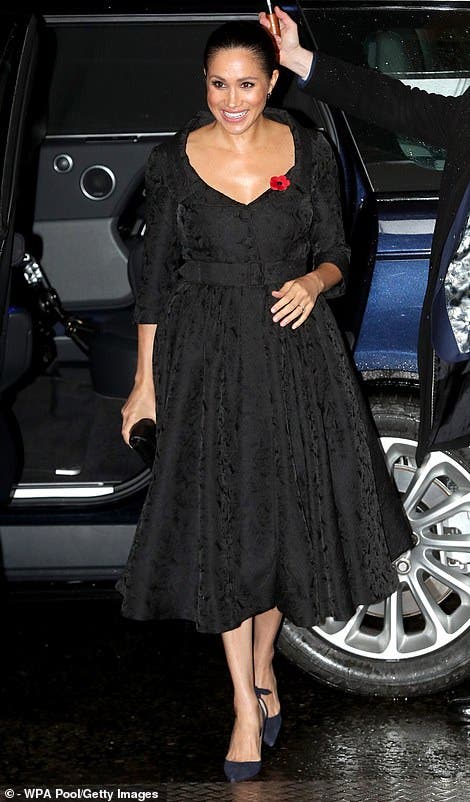 But The Queen appeared to have gathered the couples together to remember the nation's war dead.

Palace officials insisted that there is nothing unusual about the couple being sat so far apart and pointed out they sat in the same place at last year's event.

Courtiers also said that Harry and Meghan arrived separately from William and Kate and were not photographed together because it is customary given that royals arrive in order of precedence to events such as this. 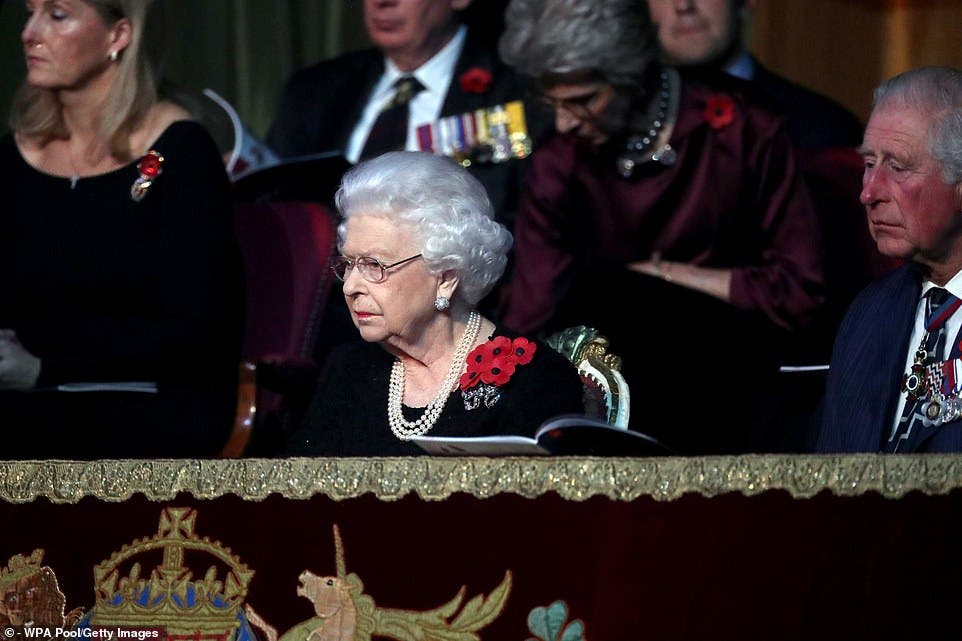 Meghan donned an elegant black fit and flare dress paired with a pair of £621 Deneuve Bow Pointy Toe Pumps at the service - also attended by the Duke of York, Boris Johnson and hundreds of servicemen and veterans.

The event is the first time the Sussexes and Cambridges have appeared in public together since Harry and Meghan opened up about their struggles in the emotional television documentary. 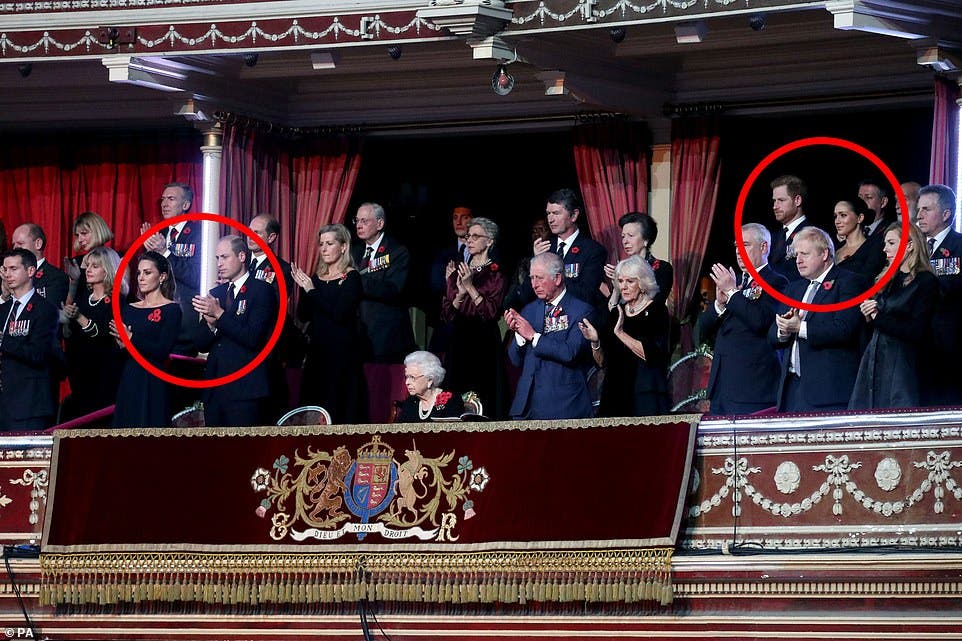