Ivanka Trump and Jared Kushner were among the guests at Karlie Kloss and Joshua Kushner's star-studded Western-themed second wedding in Wyoming over the weekend. 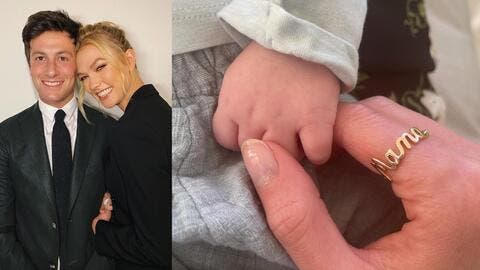 Karlie Kross, Whose Wedding Attended By Prince Hussein and Princess Salma of Jordan, Reveals Sex and Name of Her New Born

Karlie and Joshua first said 'I do' back in October in a small, intimate wedding ceremony in upstate New York — which counted Joshua's brother Jared and his wife Ivanka among the guests — but this weekend they invited many more friends along to celebrate their nuptials, including Katy Perry, Orlando Bloom, Mila Kunis, Ashton Kutcher, and Diane con Furstenberg.

That means that Ivanka, 37, and Jared, 38, rubbed elbows with a host of Hollywood celebrities, including many who campaigned for Hillary Clinton in the 2016 presidential election and have been openly and repeatedly critical of Donald Trump. 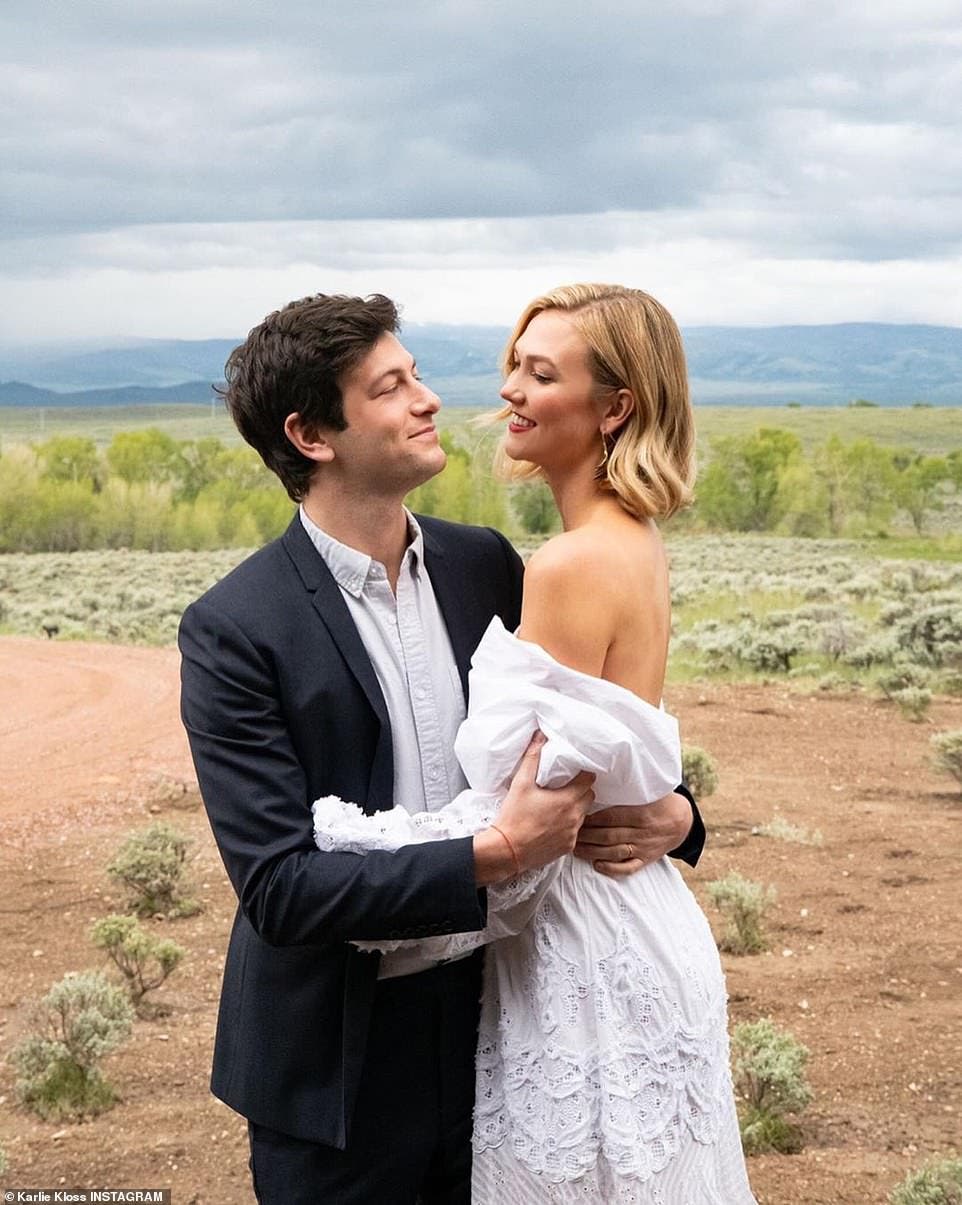 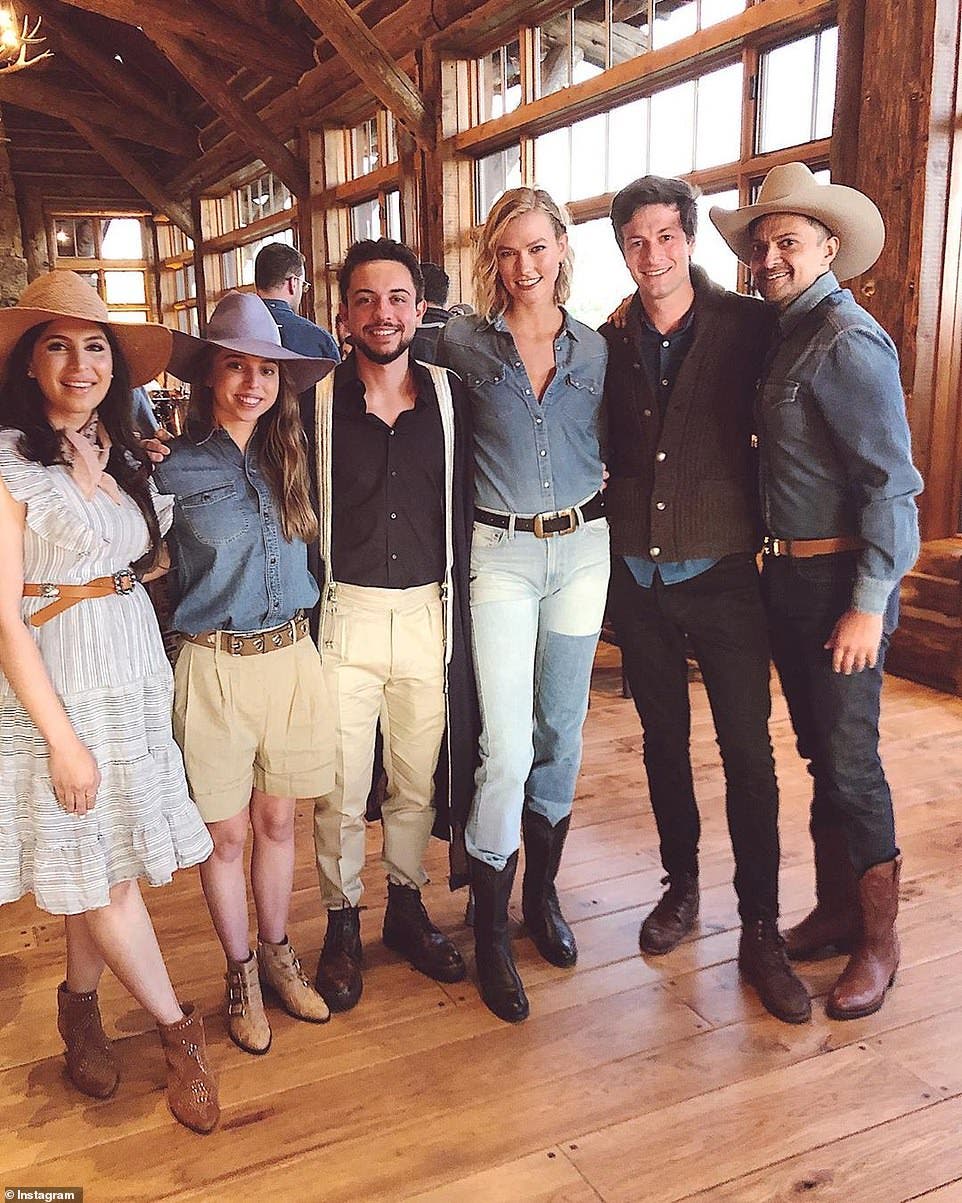 Guests have been posting photos from the A-list event, which was held over the weekend — eight months after Karlie and Jared actually married on October 18, 2018.

Around that time, a Kloss spokesperson told People that the couple would throw a bigger party for friends and family in the spring, a plan which the couple has finally executed.

Instagram peeks inside the event show a big crowd including quite a few stars, while some attendees also shared pictures of themselves outside on Brush Creek Ranch, enjoying a beautiful sunset.

That's where Ivanka and Jared stopped for a photo, posing together outside and looking off into the distance with big smiles on their faces.

In the snap, Jared has his arms around Ivanka, and both are bundled up in jackets. Jared is also wearing a baseball cap, indicating the photo was probably not taken at the wedding itself but rather during some of the weekend's other entertainment.

What photos don't show is whether or not Ivanka and Jared, who both work in her father's administration, had any chance to talk to some of the stars at the party who have been openly critical of the president and his policies.

Mila Kunis and Ashton Kutcher both campaigned for Clinton in 2016, and each has made numerous critical comments about Trump, both in interviews and on social media

On the podcast WTF with Marc Maron last year, Mila admitted she had a 'blowup' argument with a member of Ashton's family during the election, with Mila arguing that Trump would set back women's rights and Ashton's family member insisting he wouldn't. The dispute, she said, grew quite heated.

'To this other person it wasn’t a question… Like, "He's not going to do anything against women’s rights." I was like, "No, but he is. These are the things that will happen if he wins." And it just wasn’t of a priority — not that it wasn’t even priority, I shouldn’t say that, it wasn’t probable [to this person] that anything was going to happen' she said.

'That’s not the point of this, the point was something else. And I was like, "Right, but by default this is the s*** that’s going to go down,' she went on.

She also admitted to making monthly donations to Planned Parenthood in Vice President Mike Pence’s name, and has been critical of the White House's response to Syrian refugees, citing her own reasons for emigrating to the US as a child.

'The whole Syrian-refugee thing — we came here on a religious refugee visa, and I’m not going to blow this country up. I’m clearly paying taxes, I’m not taking anything away,' she told Glamour. 'So the fact that people look at what’s happening and are like, "Pfft, they’re going to blow s*** up"? It saddens me how much fear we’ve instilled in ourselves.

'And going from there to the whole, “Hey, let’s build a wall between Los Angeles and Mexico”… I don’t even have to answer that one. There’s no point. It’s a really great sound bite. And it got him far. Nobody should be mad at him; we did it to ourselves.'

Meanwhile, her husband Ashton was also furious over Trump's 'Muslim ban' in 2017 and took the opportunity to tweet about his wife's experience.

'My wife came to this country on a refugee visa in the middle of the Cold War. My blood is boiling right now!' he wrote. 'We have never been a nation built on fear. Compassion that is the root ethic of America. Our differences are fundamental [to our] sustainability.'

It's not known whether Mila and Ashton directly crossed paths with Ivanka and Jared, or if stars made a point to avoid them all evening.

Also at the party were Orlando Bloom and Katy Perry, the latter of whom campaigned for Clinton and has had a lot to say about Trump — though she prefers not to utter his name.

'I have this rule that I just say "45." Everything is an energy. Words. Deep energy,' she told Paper magazine this year.

Speaking to Vogue, she also said: 'Misogyny and sexism were in my childhood: I have an issue with suppressive males and not being seen as equal. I felt like a little kid again being faced with a scary, controlling guy.'

Katy has tweeted in support of transgender members of the military, the LGBTQ community as a whole, gun violence protesters, and the Women's March, and last year called Trump's tweets about the Camp fire in California 'an absolutely heartless response.'

Katy's presence was also quite a surprise given that she and fellow pop star Taylor Swift only just resolved their years-long feud.

The pair were publicly at odds for years before making up this year, with Katy appearing in Taylor's new music video for her song You Need to Calm Down.

And even though Katy was there to celebrate with Karlie, Taylor was noticeably MIA, potentially supporting rumors that the former BFFs are no longer as close as they used to be. This, despite the fact that Karlie has insisted on several occasions that they are still good friends.

Taylor wasn't the only celebrity not to show her face — in fact, there were surprisingly few models and designers at the event.

Absent from the festivities were almost all of Karlie's friends in the fashion world. Her closest model pals — Jourdan Dunn, Toni Garrn, Cara Delevigne, and Ashley Graham — did not make the trek out west, despite all four scoring invites to her intimate Jewish ceremony back in October.

Ashley did comment on one of Karlie's wedding-themed Instagram posts with a heart, suggesting that there was no bitterness over her lack of attendance.

Karlie's stylist Karla Welch was similarly left out, along with billionaire music man David Geffen, who was also a guest at the couple's October nuptials.

The only designer so far confirmed to have been there was Diane von Furstenberg, who attended with her husband, IAC chair Barry Diller.

Like Katy, DVF campaigned for Hillary and 2016, but she has mostly kept mum about the president — and was one of several designers who said she would be willing to dress Melania Trump while she's in the White House.

'Donald Trump was elected and he will be our president,' she told WWD. 'Melania deserves the respect of any first lady before her. Our role as part of the fashion industry is to promote beauty, inclusiveness, diversity. We should each be the best we can be and influence by our example.

Also in attendance was actress Roma Downey and her husband Mark Burnett, the man behind Trump's reality show The Apprentice. Burnett and the president are longtime friends, and Burnett has described the friendship as 'one of the greatest relationships of my life' — though he has also professed to be apolitical on numerous occasions.

Rupert Murdoch's ex-wife Wendi Deng, a long-time friend of Ivanka's, was also in attendance at the event, posing up for a group picture alongside the bride and groom, and lots of their friends.

Kloss wore a $1,595 white, off-the-shoulder dress by Jonathan Simkhai, and at some point changed into another dress with a high-low hem. Her husband, meanwhile, wore a dark suit to the party.

Inside, where long tables were overflowing with flowers, party-goers danced to pop hits like Madonna's Vogue — with Karlie herself hamming it up for pal Derek Blasberg's camera.

Joshua and Karlie — who, like Ivanka, converted to Judaism ahead of her wedding — were also lifted into chairs for the hora, a traditional Jewish dance wherein guests dance in circles and the bride and groom are lifted above the crowd.

Karlie and Joshua's guests all had sweet things to say on social media, too, wishing them a happy life together.

'May your marriage be as intense and long lasting as my hangover from this weekend,' wrote Derek.

There was also a bit of royalty on hand for the occasion: Among the guests were Hussein, Crown Prince of Jordan and his sister Princess Salma Bint Abdullah of Jordan.

Other images show guests lounging around on the ranch, riding horses, drinking from mason jars, and dancing inside.

Naturally, members of both the bride and groom's families were there; however, one of Karlie's sister's, Khristine, was not in attendance, having attended another wedding that weekend.

The whole affair was certainly a bigger and more extravagant one than their surprise October wedding, which was attended by only 80 guests including Joshua's two sisters, Dara and Nicole, and his parents, Charles and Seryl.

Jared and Ivanka also attended with their three kids, Arabella, Joseph, and Theodore.

Kloss' parents, Tracy and Kurt, attended as well, as did her three sisters, Kimberly, Kariann, and Kristine, who acted as bridesmaids.

Kloss wore a bespoke Dior bridal gown at the time, a much more formal number than the dress she wore this weekend. The Jewish Telegraphic Agency said the couple wed in a Jewish ceremony, as Kloss reportedly converted in June 2018 before the couple became engaged.

Though Ivanka and Karlie are now sisters-in-law, it's unclear how close, exactly, they are.

From Ivanka's gushing congratulations on social media after their first wedding in October, it would seem the pair got along well. Besides posting about the wedding on her own Instagram account, she also commented on Karlie's post.

'So much love for you both as you begin a lifetime together!' 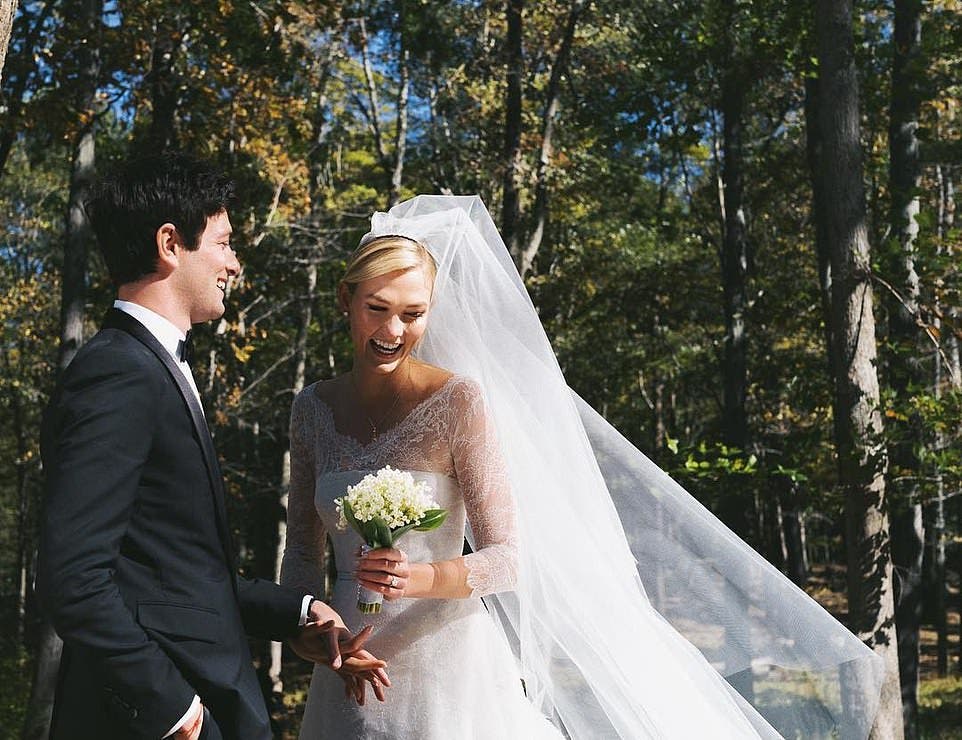 It's most likely that talk of politics was put aside for the joyous event, during which guests donned their best prairie-chic and cowboy-inspired ensembles.

And when Karlie announced her engagement, Ivanka commented, 'So, so happy for you and Josh. I feel blessed to have you as a sister (!!!) Karlie and look forward to the decades of happy memories we will create together as a family!

And speaking to Vogue for the magazine's October cover story, Karlie indicated that as much as she loves Josh, she's not happy about being tied to the rest of his family.

'Josh and I share a lot of the same liberal values that guide our lives and the things we stand for,' she said. 'At the end of the day, I’ve had to make decisions based on my own moral compass — forget what the public says, forget social media.

'I’ve chosen to be with the man I love despite the complications. It’s frustrating, to be honest, that the spotlight is always shifted away from my career toward my relationship. I don’t think the same happens in conversations with men.'

Her new husband, Joshua, has also publicly distanced himself from the political work his brother and sister-in-law are doing.

'It is no secret that liberal values have guided my life and that I have supported political leaders that share similar values,' he told Forbes in 2017.