Egyptian songstress Sherine Abdel Wahab, 40, has reassured fans with an audio recording posted on Twitter last night, in response to what was being circulated of a voice memo attributed to her husband Hossam Habib's father, Hussain Habib. 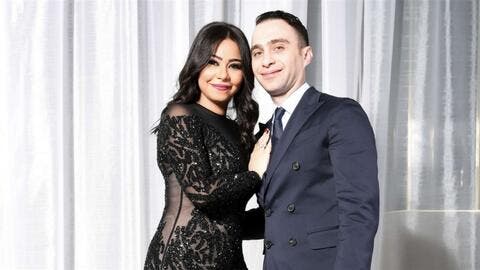 In the alleged recordings of Hussain Habib, he was heard telling a lady that his son Hossam Habib is planning to marry another woman to have children, claiming that Sherine can no longer gets pregnant.

Hussain also described Abdel Wahab as 'moody', and that she always expresses boredom with Hossam, her daughters and life, adding that Sherine is mentally unstable and described her as 'vulgar'.

Sherine's father-in-law ended the alleged recordings claiming that his son Hossam Habib runs all her bank accounts and takes whatever amount he wants without going back to Sherine.

Hussain Habib's alleged recordings went viral on social media, and was the number one story covered by Arab news outlets.

And because of the huge fuss caused by the recordings, Sherine herself decided to make a statement to clear things up, and most importantly to defend her husband Hossam Habib, whose reputation has been tarnished.

The Egyptian star captioned the recordings: "My response to my beloved audience and respected press."

Sherine confirmed that her life is not in danger, as some reports stated, and she strongly defended her husband Hossam Habib, and denied all the rumors in the alleged recording.

She said: "Let me tell you that my husband Hossam, whom I'm in companionship with, is one of the purest men in the world, very respectful, well-raised, and he loves me more than himself, and he does not deserve this amount of cruelty. But I give you an excuse because you do not know him."

Abdel Wahab indicated that her husband stood by her side during her ordeal.

"The man who, God, put him in my way at this time.. at a time when I was broken and destroyed.. he built my personality and taught me how to speak, and gave me confidence in myself."

The Egyptian artist explained that Hossam Habib did not benefit from her at all: "He just lives only to take care of me and my family."

She added that during their marriage of 4 years, Sherine said that Hossam Habib did not release one single, noting that he cares about her, her music and her daughters, and saved her from so many toxic people, and helped her to remove them from her life.

Sherine Abdel Wahab also talked about a dispute, and commented: "All people have disputes, what's new about that ... people have disagreements... but he loves me more than himself." 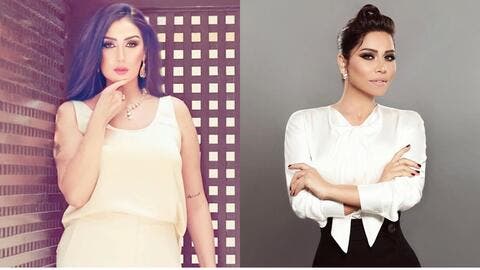 Despite her three-minute recording, Sherine only defended Hossam Habib and praised his mother for raising a man like him, but she did not mention her father-in-law at all, the one behind the whole alleged scandal.

According to commentators, Sherine was indirectly attacking her father-in-law for not addressing him or his alleged recordings, while others suggested that the Egyptian star is not yet sure that he's the one behind the recordings.