In Video: Singer Amar Is Pregnant.. Who's the Father?

Lebanese star Singer Amar has announced that she's expecting after she posted a short video on Instagram Stories. 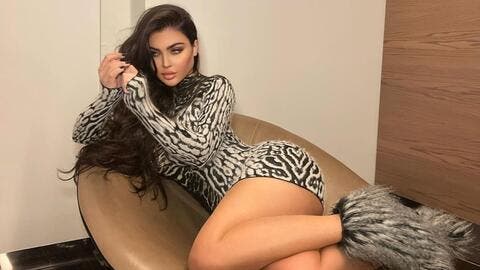 This announcement has surprised the audience, prompting them to wonder if she previously got married and did not announce it.

Sources told Foochia.com that Qamar is married to a Lebanese businessman who lives abroad, and she is about four months pregnant.

In the video, Amar sported nude-pregnancy bodysuit showing her pregnant belly but without revealing any details. 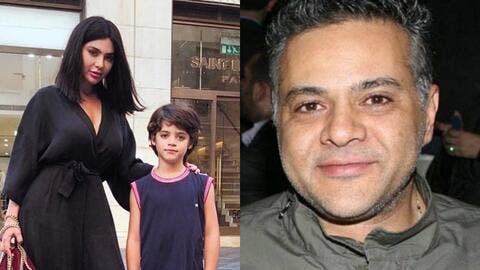 Singer Amar Sends Out a Message to Jamal Marwan: LEAVE ME ALONE!

Separately, Amar had reopened the subject of her only son Jimmy's descent when she published a collage picture on Instagram Stories of her son Jimmy, his claimed father Egyptian businessman Jamal Marwan, and the late Egyptian President Gamal Abdel Nasser, Jimmy's claimed grandfather.

Social media users have circulated the three-generation picture, and stressed that Jimmy looks like his alleged father Jamal Marwan, just like what Amar confirms.

Lebanese artist Singer Amar had married Jamal Marwan, and resorted to Egyptian judiciary in 2010 and filed a lawsuit to prove that Jamal Marwan, the owner of "Melody" channels, is her son Jimmy's father.