Somaya El-Khashab: Yolanda Hadid Is a 'Chameleon' and My Heart Goes to Zayn and Gigi

Egyptian actress Sumaya El-Khashab has jokingly commented on the recent crisis between Zayn Malik, 28, and his girlfriend, American-Palestinian model Gigi Hadid, 26, after it was claimed that he "grabbed and shoved Gigi's mother, Yolanda Hadid, into a dresser, causing mental anguish and physical pain," according to court documents obtained by People. 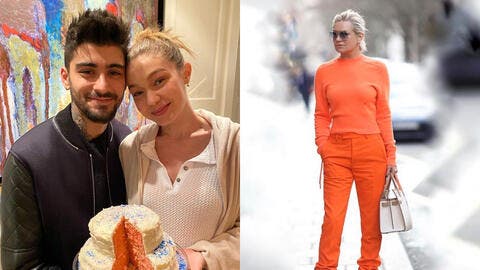 El-Khashab posted on Twitter a series of tweets commenting on this topic, and she said that she supports and stands in solidarity with Gigi and Zayn for the sake of their daughter "Khai", stressing that Gigi's mother is the one behind this crisis.

Somaya tweeted: 'My heart is with you, Zayn and Gigi and your poor daughter. I know that Yolanda the chameleon is the one who started things up.'

El-Khashab added that this situation is clear evidence that the intrusion of people in each other's relationships ruins them, and that parents are most often the cause of destroying the lives of their children.

'This explains that it is always the intrusion of others in relationships that ruins them, and sometimes the parents become a major reason for destroying a family,' Somaya continued.

A large number of followers interacted with El-Khashab's tweet and expressed their admiration for the comic and spontaneous way in which the Egyptian star deals with viral topics on social media, stressing that her spontaneity is the reason people love her.

One of the followers replied to Somaya's tweet and asked her to solve the issue, as she earlier did with the Facebook blackout.

'Solve the issue, Somaya, as you did during blackout days' the follower wrote.

El-Khashab responded: 'I've just hung up with one of my friends in Beverly Hills, and I'll try and contact Yolanda and try to solve the matter, and we will return the water to its course.' 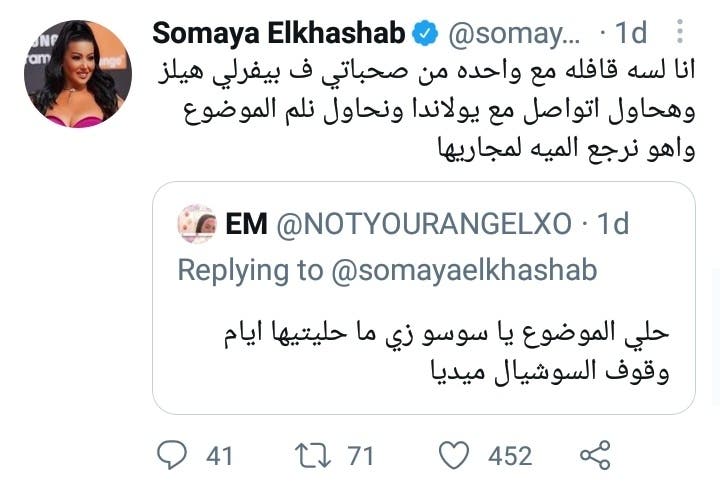 Another follower asked Somaya: 'Reassure us, artist, what is the latest news from Beverly Hills?', the Egyptian star responded: 'Yolanda the savvy is stubborn, but I'm working on it.' 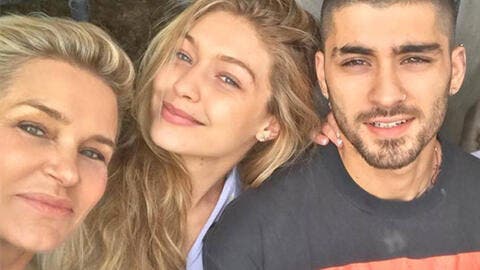 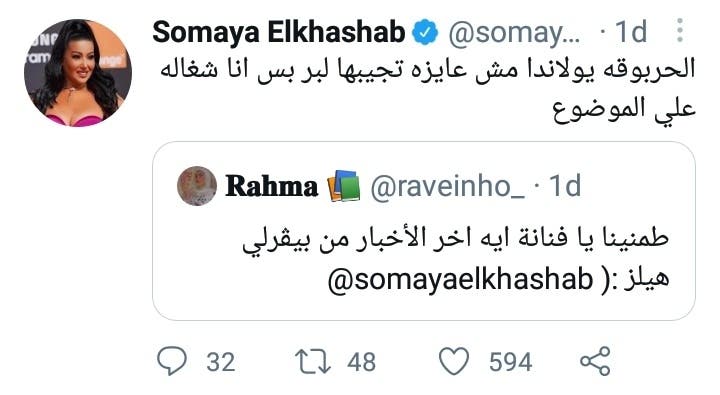 El-Khashab continued to publish tweets related to the topic, such as posting Yolanda Hadid's image and jokingly commenting: "If you are Hadid, I am Khashab." (Hadid means iron in Arabic and Khashab means Wood). 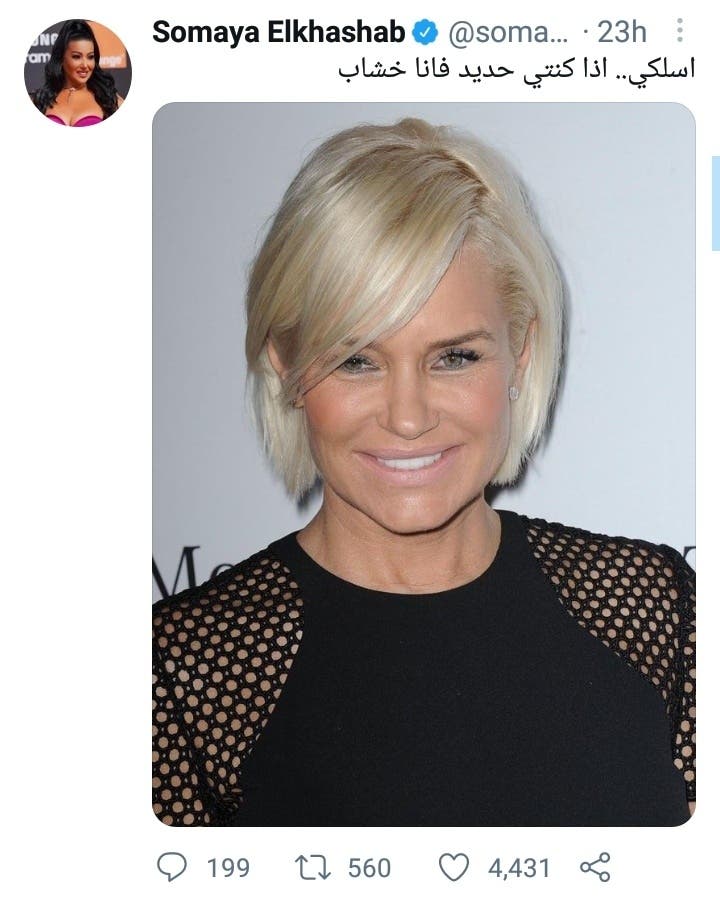