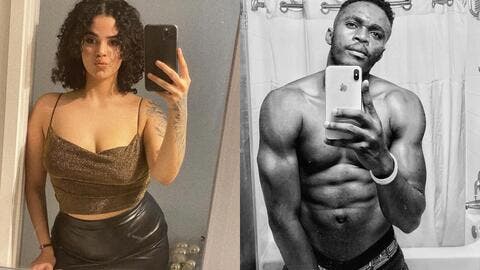 Get a Room! Saudi Fugitive Rahaf Al-Qunun Licks Her Boyfriend's Lips in a Sexual Position on Valentine's Day (Video)

But this time, Rahaf has crossed red lines on social media, when she shared the most audacious picture of hers at all.

The Saudi fugitive posed while sporting a one-piece-red swimsuit and putting her derriere on display, she also stuck her tongue out in the seductive shot.

Totonto skyline was showing behind Rahaf as she was enjoying her time in a boat party. 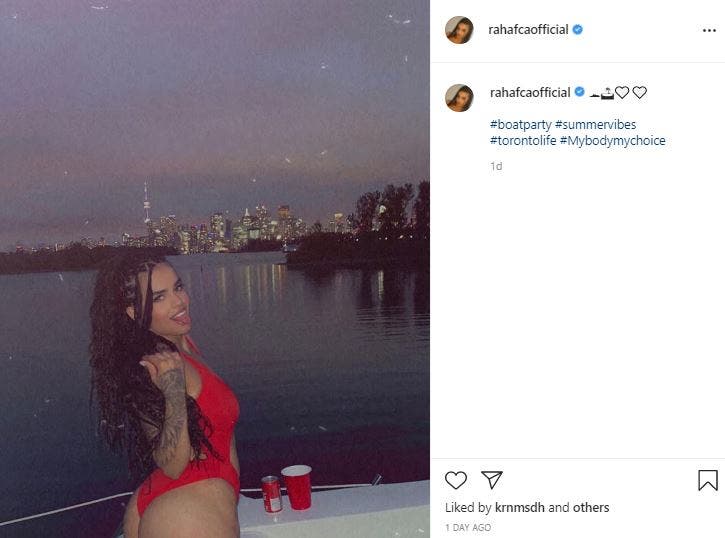 Although the Saudi woman has turned off the comments, but the picture has found its way to other social media accounts where users mostly attacked and criticized her. 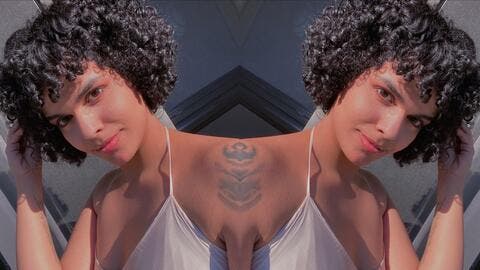 Many followers said that Rahaf intends to take such pictures, because she is looking to become trending on social media, which she succeeds in every time, because she appears in “bold” and semi-naked looks, and at the same time does not care about the attack that she is being exposed to.

While others asked Rahaf about the reason behind this nudity, and continuously publishing such pictures, asking her to stop sharing her private life on social media out of respect for her family.

But Rahaf had responded earlier, that she lives her life as she wants, and there is no authority over her, and she does not hesitate to show her body to the public, because it does not belong to anyone, and that she has nothing to do with the thousands of comments on her photos.