Wael Kfoury Opens up About his Recent Car Accident

Published October 19th, 2021 - 09:56 GMT
Wael left the hospital after undergoing treatment after the accident
Highlights
Kfoury shared a message to his followers and fans on social media

Wael Kfoury opens up about his horrific traffic accident in the streets of Beirut. 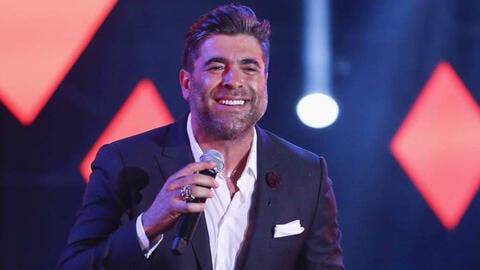 Pictures: 'He Flew From The Car' Wael Kfoury Gets Into a Horrific Car Accident

Kfoury shared a message to his followers and fans on social media, in which he said:

the singer added "You overwhelmed me with your love and your fear for me.. believe me, I touched the love of every one of you.. I am grateful for your prayers!..every word you said was mean to me went through my heart."

"I thank you, one by one, and I apologize. I was unable to communicate with you or respond to your calls. But, God willing, soon we will communicate as soon as I become better." he continued.

Wael left the hospital after undergoing treatment after the accident, which resulted in bruises throughout his body and severe damage to his car.