Published January 8th, 2020 - 07:25 GMT
Harry and Meghan travelled direct to today's engagement from a private visit to The Hubb

Prince Harry and Meghan put on a public display of affection during their first appearance today since embarking on a six-week hiatus from royal duties - to thank the people of Canada for hosting their private holiday.

The Duke and Duchess of Sussex held hands and walked closely next to each other this afternoon as they visited Canada House to meet the country's High Commissioner in London, Janice Charette.

They were warmly greeted by Ms Charette and her deputy Sarah Fountain Smith, after saying they wanted to meet staff to 'thank them for the warm Canadian hospitality and support they received during their recent stay'.

Meghan wore a mix of tans and camel colours for her appearance - pairing a coat from Reiss with a polo neck and £85 skirt from Massimo Dutti. 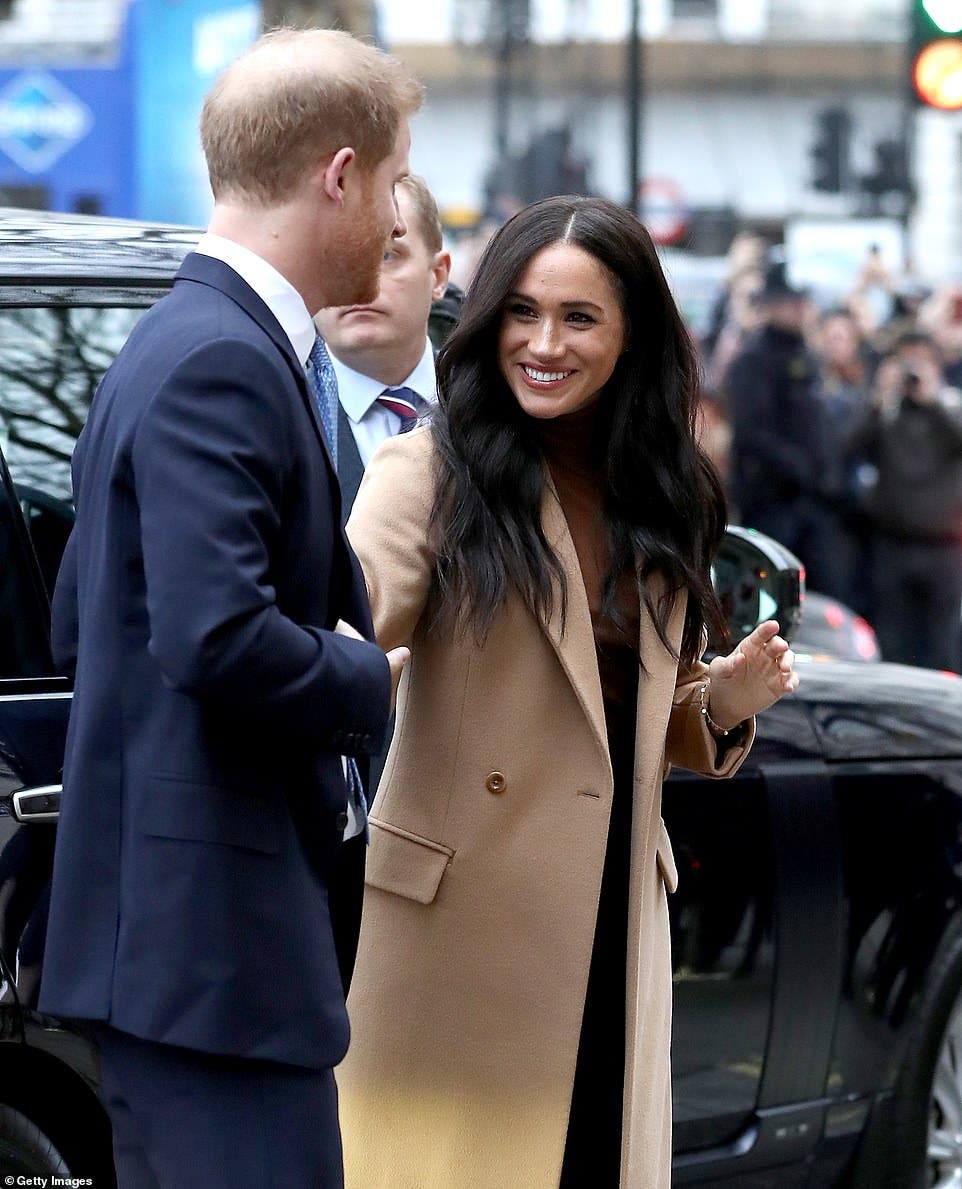 The Duchess was joined by Prince Harry, 35, at their first public appearance today marking the end of their six-weeks hiatus from royal duty - to thank the people of Canada for hosting their private holiday.

The Sussexes spent their first Christmas with baby Archie in Vancouver Island.

Harry and Meghan travelled direct to today's engagement from a private visit to The Hubb, the Grenfell community kitchen project in West London that the former actress collaborated with on the Together cookbook.

They vowed to get stuck into work today after returning 'energised and excited' from the holiday spent mostly in Canada.

In a possible indication of the months ahead - with the Sussexes' royal foundation expected to be launched this year - Harry said later about their chat with Ms Charette: 'There's a hell of a lot of work to be done and things to be talked through but a very useful conversation.'

However, the royal diary doesn't have any details of further engagements for the Duke and Duchess in the next month. Buckingham Palace told Mail Online that Harry and Meghan will be undertaking more royal events in the coming weeks, but were unable to confirm what they will be. 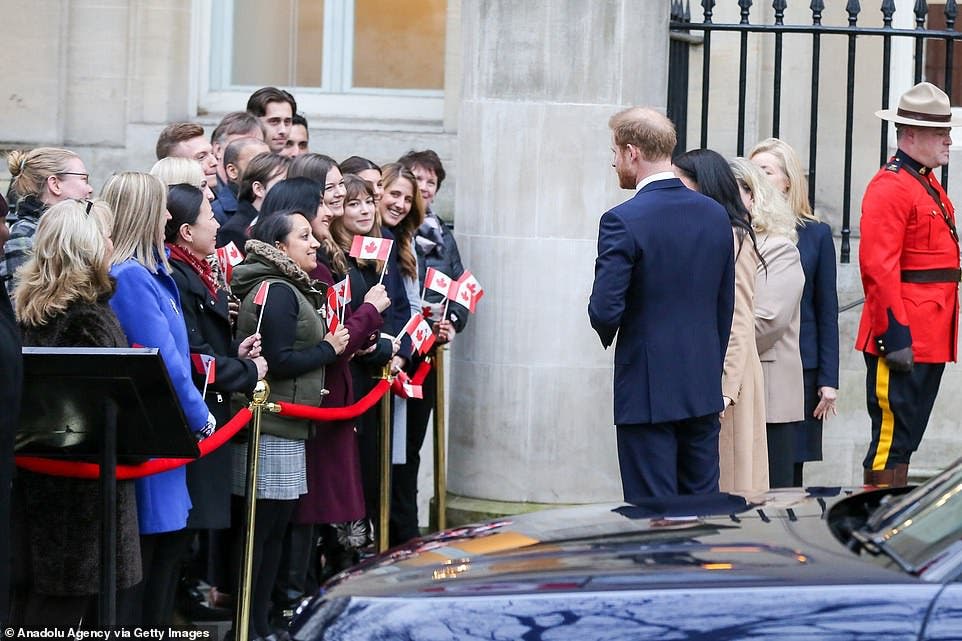 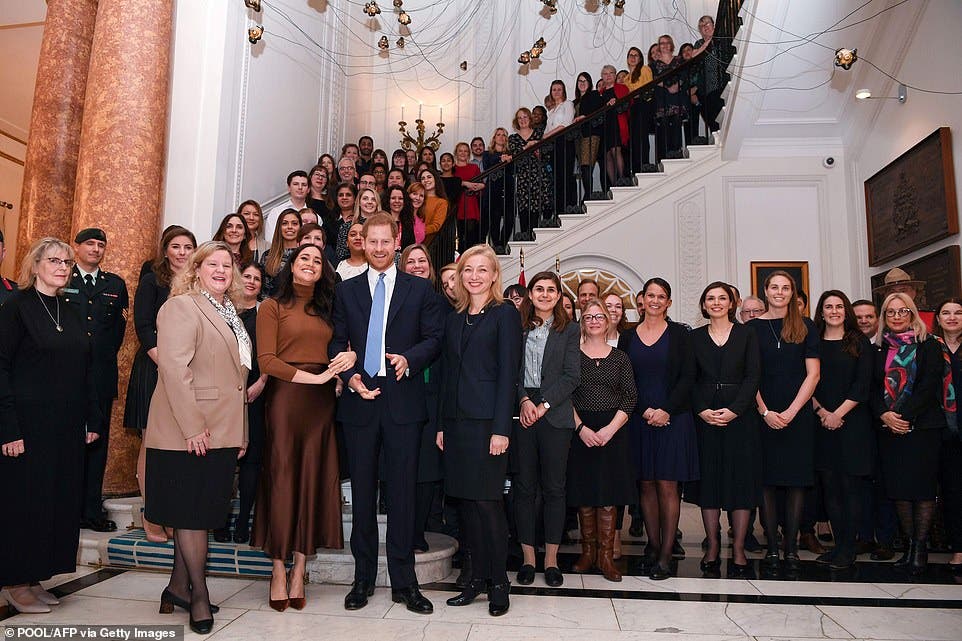 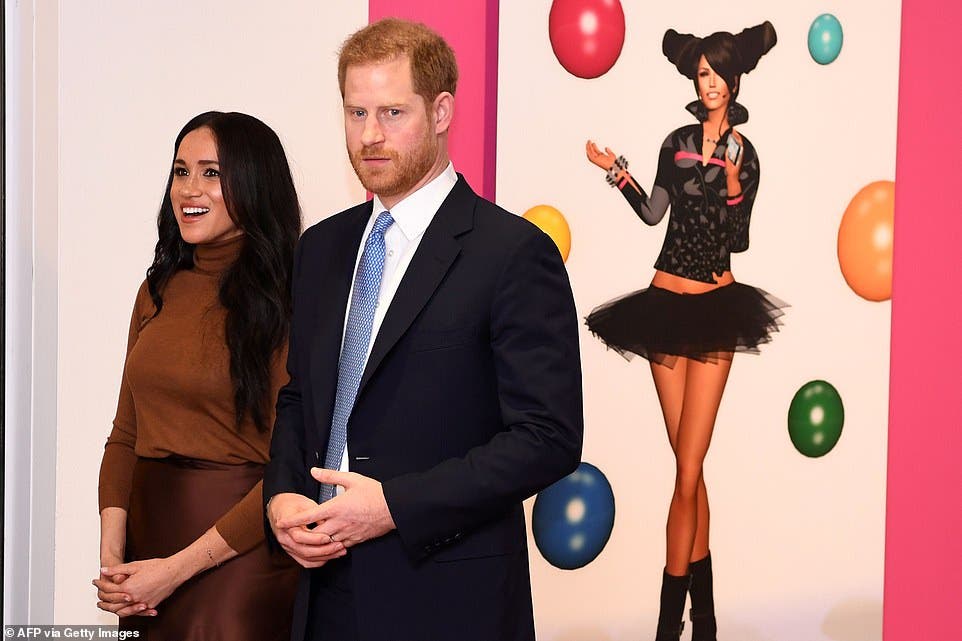 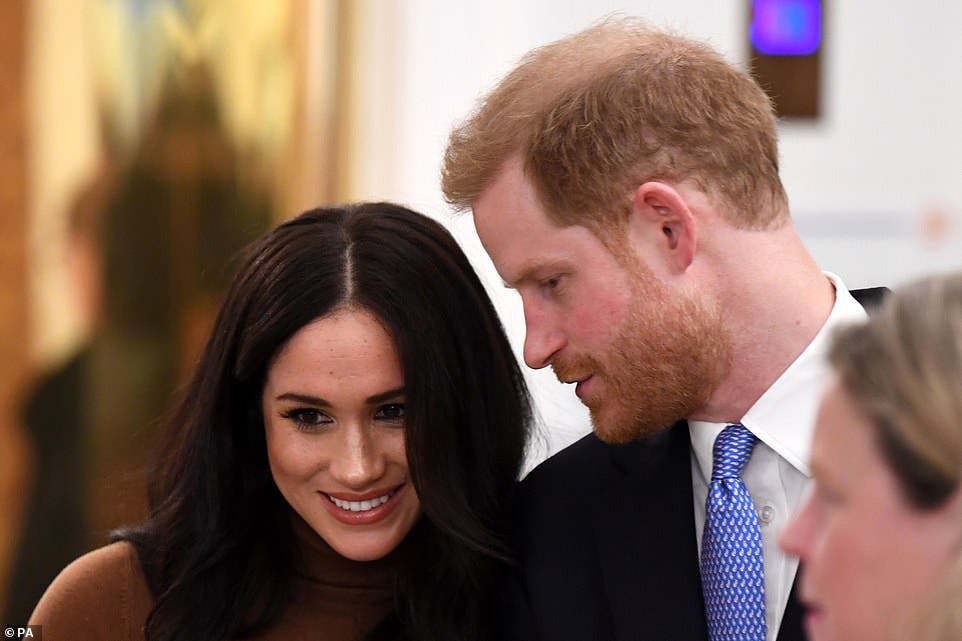 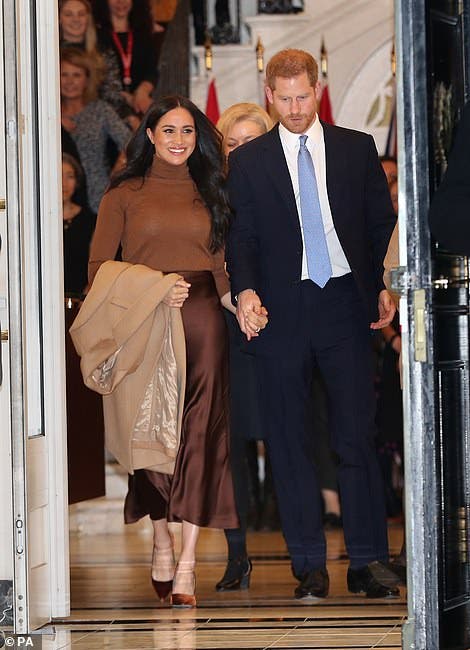 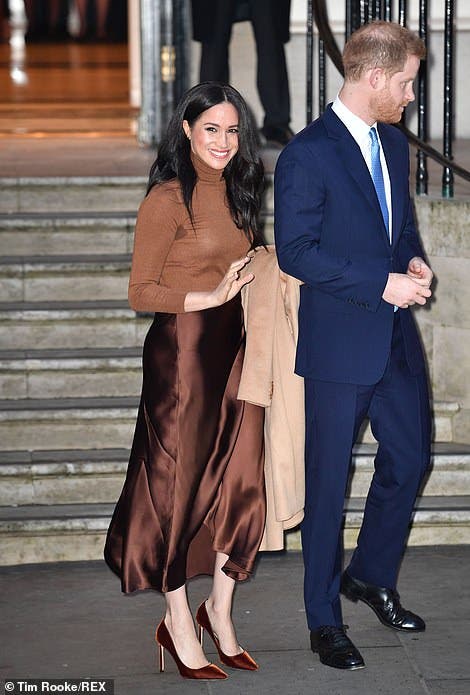 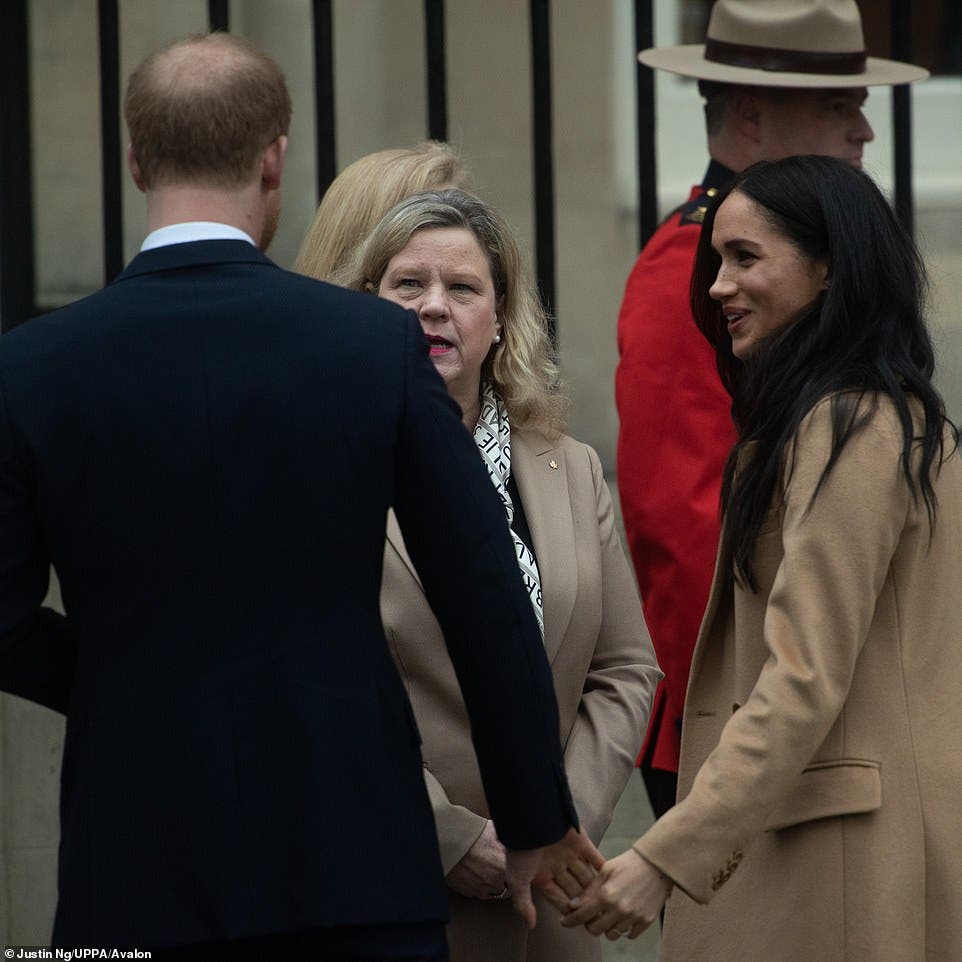