With the hashtag #Liveaid35, leading world music legends and fans marked yesterday the 35th anniversary of the historic concert at Wembley stadium in London to raise funds for the famine in Africa. The 16 hour performance of the world's top bands and singers then; Queen, Led Zeppelin, Paul McCartney, Neil Young, Brian Adams, David Bowie, Sade and others and was attended by Princess Diana and Prince Charles, gathered over $50 million and was broadcast live in 140 countries.

As Live Aid geared up for its momentous series of concerts of both sides of the Atlantic, famous concert promoter Bill Graham compared it to Woodstock: “What we’re doing now is entirely different. The reason for the event is more important than the event itself.” 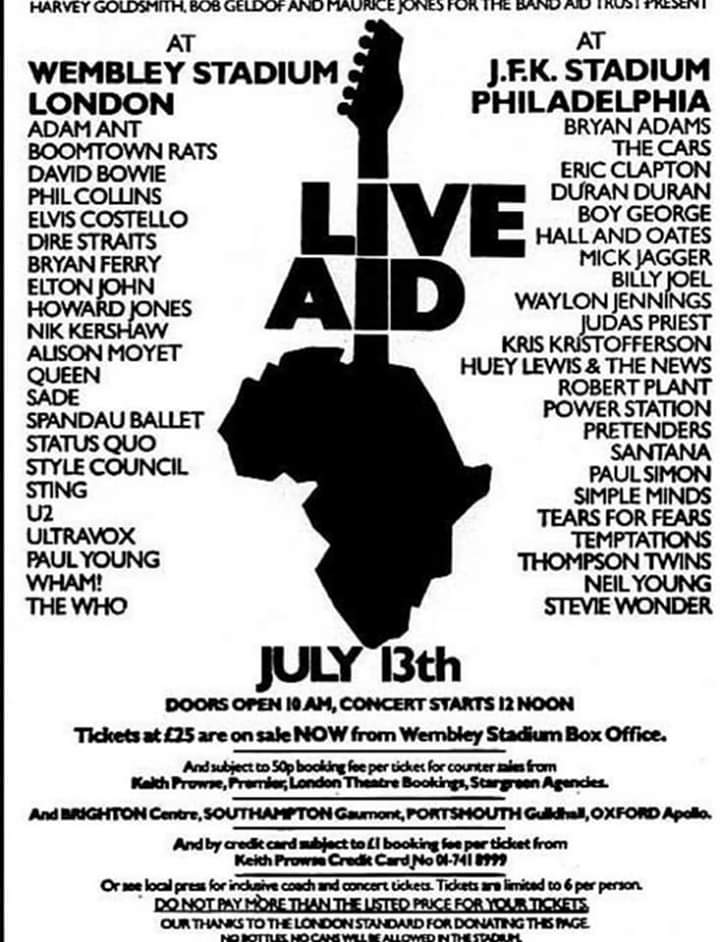 Three decades later, the memory of the event has eclipsed its reason (and one Queen performance has eclipsed most of the concert). It was a gathering of the best of mainstream ‘80s rock--still trying to justify itself alongside acts from the 60s and the ‘70s--and the zenith of the fundraising telethon for victims of a relentless African famine.

It could be that the way the whole segment of Queen's performance at the concert was recreated in the movie Bohemian Rhapsody released in 2018, brought back nostalgia in people's minds to the days when music legends used to come together to help make the world better.