‘Proud’ of Killing the Most Palestinians: How Israeli Officials Get Away With Boasting Abuses 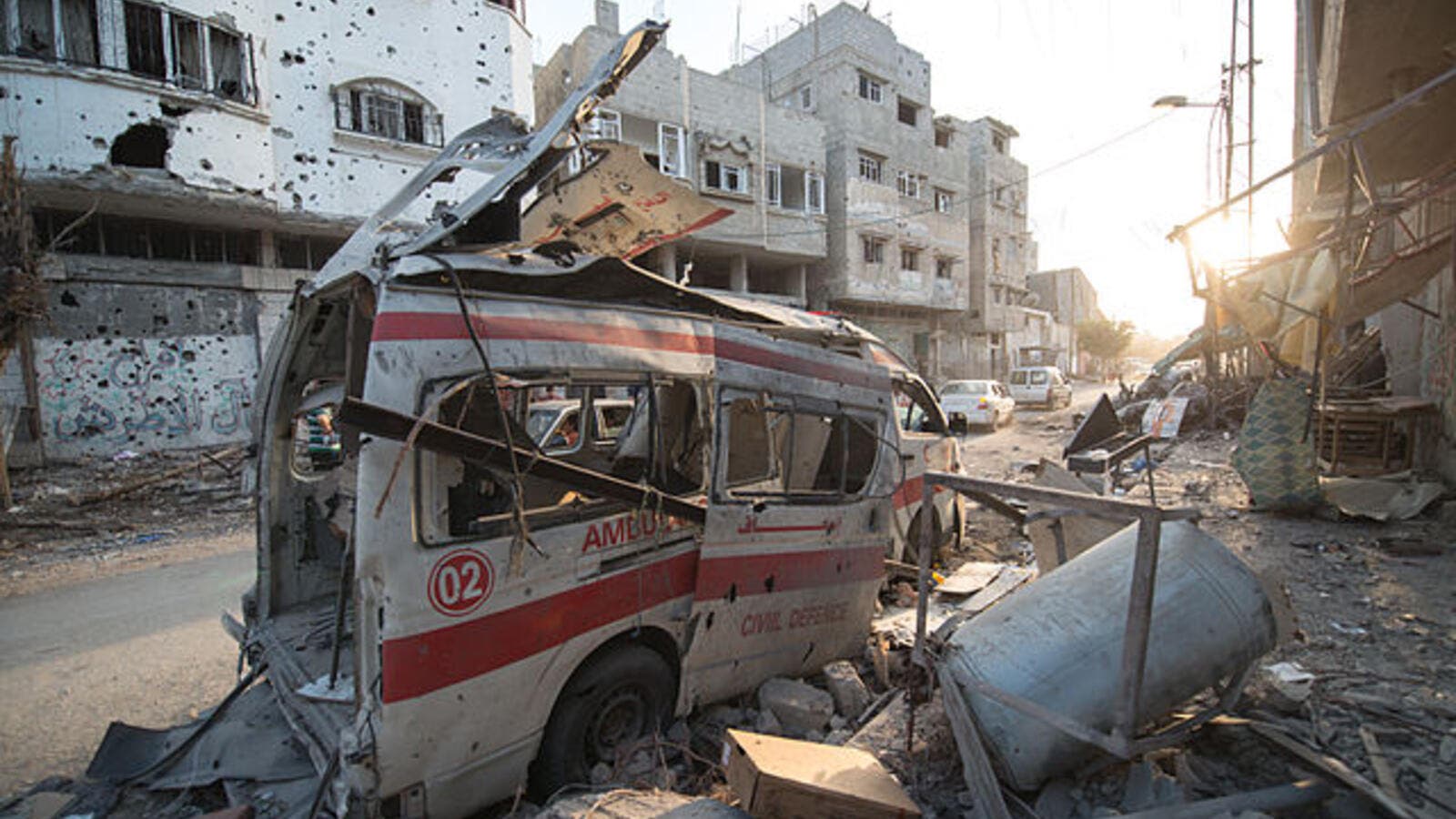 A destroyed ambulance in Gaza, 2014. Moshe Ya'alon was defense minister during Israel's bloody bombing campaign of the enclave (Wikimedia)

It has been three days since a former Israeli minister said he was “proud” of killing the most Palestinians, a statement that would normally receive immediate international condemnation.

Yet there is nothing. Aside from a few Palestine-focused sites, the media response has been non-existent and there have been no demands for an apology from global leaders.

This is revealing of how Israeli officials are able to boast of their abuses with impunity.

Moshe Ya’alon bragged on Saturday that no other member of Israeli parliament had been responsible for more deaths than him, Safa news agency reported.

Ladies and Gentlemen, Welcome to #Israel!

Former Israeli Defence Minister Moshe Ya’alon said during meeting in Herzliya on Saturday that he is “proud” of killing the most Palestinians, none of the Israeli Knesset or government members had ever killed more Palestinians than him pic.twitter.com/BC6fK2pRsD

Ya’alon was Israel’s minister of defense 2013 to 2016, a period which saw more than 1500 Palestinian civilians killed in Israel’s 2014 bloody military campaign in Gaza.

Yet Ya’alon has not had criminal proceedings brought against him. He not only got away with it but is now able to publicly express pride in the unlawful killing of civilians with no consequences.

Such is the disregard paid towards Palestinian lives by the international community.

A revealing comparison in recent times might be to Rodrigo Duterte, the President of the Philippines.

In addition to condemnation of his bloody war on drugs, his own promises to kill his own son and boasts that he personally killed three men have seen him grilled by the international press.

Equally, for her role in failing to stop what the U.N. has suggested is the ethnic cleansing of Rohingya Muslims by Myanmar’s military, Aung San Suu Kyi has been widely condemned by the international community.

The Nobel Peace Prize winner has been stripped of various accolades, including on Tuesday the “Freedom of the City of Oxford.” She beat Donald Trump to be satirically dubbed “Islamophobe of the Year” according to the Islamic Human Rights Commission on Sunday.

Still, Ya’alon’s self-congratulation for the deaths of “terrorists and enemy soldiers,” as he branded Palestinians, has been allowed to go under the radar.

This is not an isolated incident. Ya’alon himself previously said in 2002 that Palestinians have “cancer-like attributes” that he was “applying chemotherapy.”

In 2014, meanwhile, Israeli lawmaker Ayelet Shaked called for genocide on Facebook, declaring “the entire Palestinian people the enemy”. Rather than being ostracized, Shaked was appointed justice minister the following year.

As Electronic Intifada wrote at the time: "Shocking words like this from Israeli leaders have an impact. And they are words backed by actions."