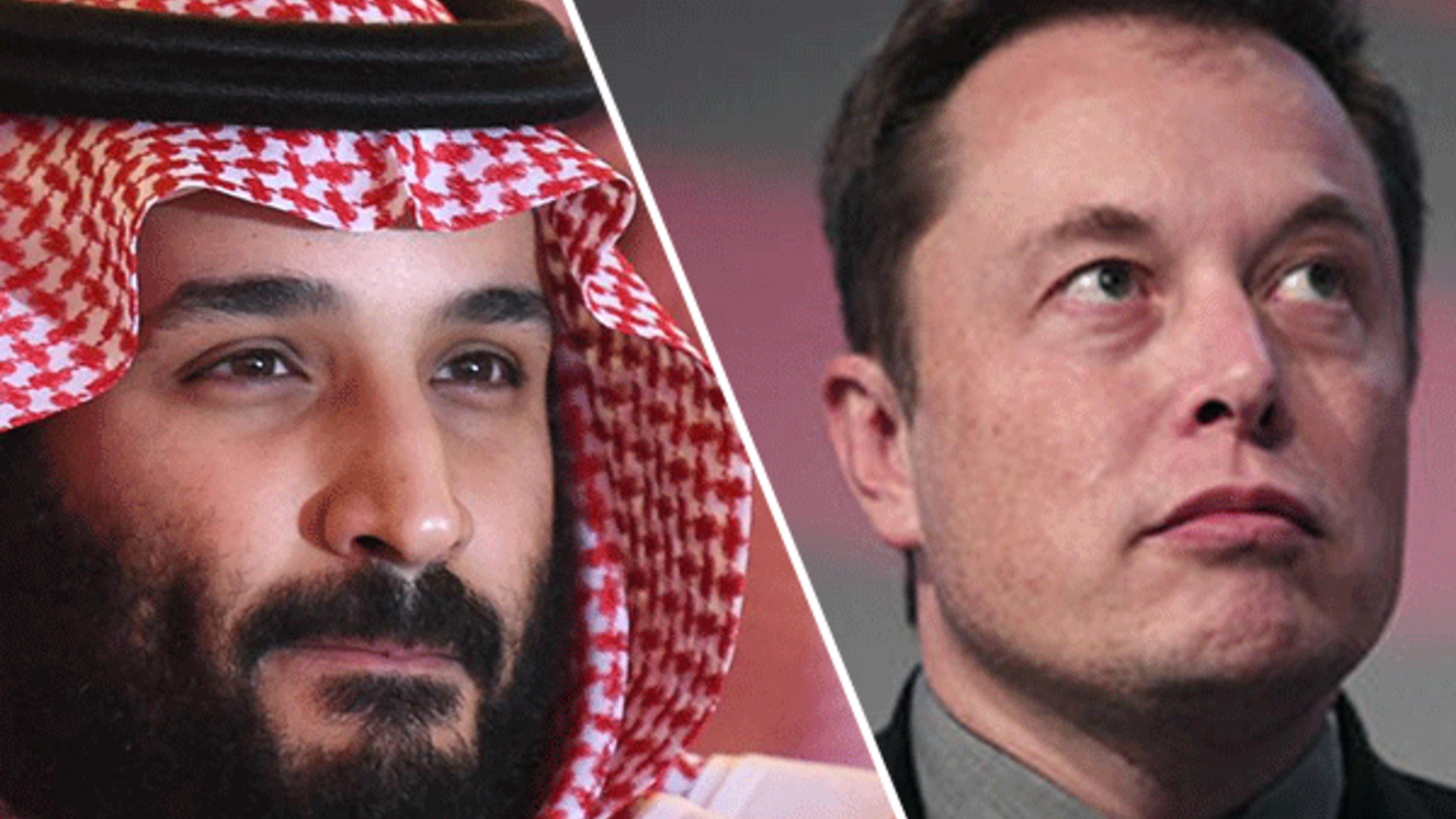 The billionaire Elon Musk announced via Twitter his plans to take Tesla private with the help of a Saudi Arabian multibillion funding. (AFP/File Photos)

Elon Musk’s surprising tweet on the possibility of taking giant Tesla Inc. private for a multibillion dollar deal has been grabbing headlines and social media discussions in the US and Saudi Arabia. After all, Saudi Arabia is not exactly known for 'clean energy.'

The tweet sparked massive uproar in the US stock market in which the company’s shares surged 10%. Meanwhile, social media users also went into a row over the news, with opinions split between supporters and critics. Following that, Musk tweeted a suggestion on shareholders to either sell their shares or hold it and go private, in response to several angry reactions on the news.

The billionaire businessman went to defend his earlier “funding secured” tweet saying the Saudi government has been approaching a take-private deal with Tesla since early 2017.

The Saudi Public Investment Fund will be the main source of funding under Musk’s buyout plan. "I left the July 31st meeting with no question that a deal with the Saudi sovereign fund could be closed, and that it was just a matter of getting the process moving."

Musk’s unusual way to announce a key strategic change in one of the largest public companies around the world has faced a backlash in the US stocks market.

The decision has also sparked a debate in the US, over Musk’s cooperation with Saudi Arabia, the country that has a long record of human rights abuses.

On the one hand, the move was welcomed among Saudis as one of the boldest decisions toward applying the ambitious plan of Crown Prince Mohammed bin Salman. The plan that relies on replacing the country’s dependence on oil with a productive independent economy through financing several projects.

Saudis also responded to the tweets that are opposed to Tesla’s cooperation with Saudi Arabia. Translation: “Tesla said that the Saudi Public Investment Fund is likely going to fund Tesla electric cars company deal to go private. The replies from Americans against the idea of Saudi Arabia to own large share of Tesla is actually funny.”

Many Saudis also argued that Saudi Arabia might be able to take serious steps to provide further support to the electric car market.

Translation: “While the Saudi Public Investment Fund is funding Tesla electric cars company so Saudi Arabia is supposed to welcome more of these cars and set up electric cars charging stations for these cars.”