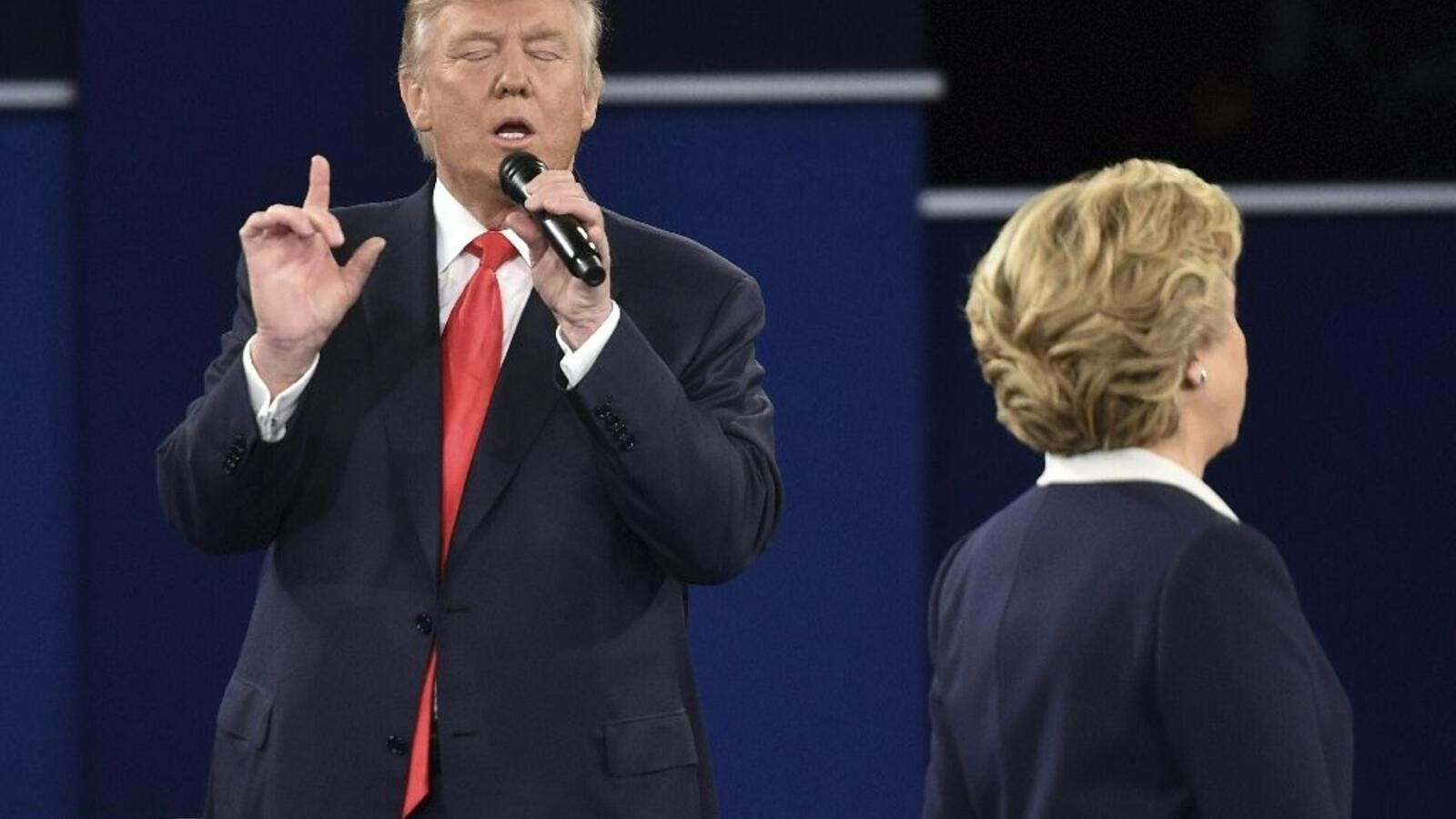 US Republican presidential candidate Donald Trump made a variety of controversial claims during last night’s presidential debate. Ranging from Mosul to Aleppo to former president Bill Clinton’s sex life, they generated much buzz.

However, it was his comments on Islamophobia that elicited the greatest response, or at least the most ridicule, in the world of social media.

When questioned about his plans for ‘a total and complete shutdown’ of foreign Muslims entering the United States alongside the issue of Islamophobia, Trump explained that the proposal to ban Muslims from entering the country has “morphed” into a plan for “extreme vetting” of refugees.

He went on to say that Islamophobia was an issue, but the solution he put forward to this was simply that Muslims who come into the country should be obligated to report what they see.

"We have to be sure that Muslims come in and report when they see something going on,” he said. “When they see hatred going on, they have to report it.”

One Twitter user took his statement to heart, following the suggestion in this tweet that went viral:

I'm a Muslim, and I would like to report a crazy man threatening a woman on a stage in Missouri. #debate

Spurred on by this, the hashtag #MuslimsReportStuff quickly gained momentum:

You don't want to know what we actually put in hummus. #MuslimsReportStuff

I think my sister drank orange juice straight out of the carton, will continue to investigate #MuslimsReportStuff

One time I accidentally ate pancetta bc I didn't know it was bacon. It was delicious #MuslimsReportStuff

Others used the hashtag to critique that candidates only discussed Muslims in relation to terrorism and Daesh (ISIS).

It seems Trump’s call for Muslims to “report” on suspicious activity is in fact needless. According to the FBI, many Muslims already report what they see to authorities.

“Some of our most productive relationships are with people who see things and tell us things who happen to be Muslim,” said FBI director, James Comey, this summer.