Neri Zilber on Trump, Israel and the US Democratic Party 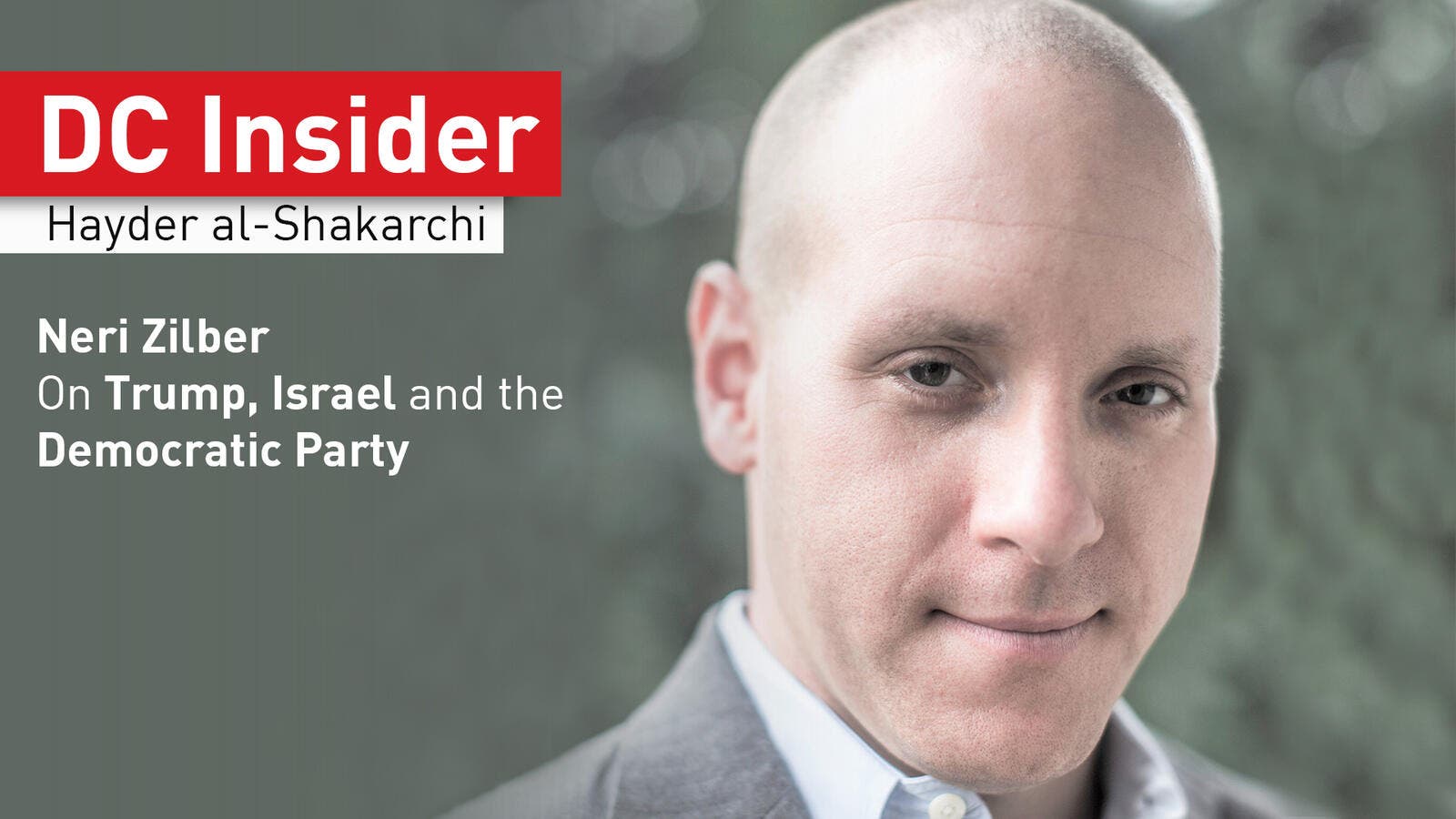 Neri Zilber on Trump, Israel and the US Democratic Party /Al Bawaba

During the past month, much controversy has continued to surround the U.S. and Israel relationship. Netanyahu made strong accusations against two congresswomen, who were subsequently debarred from visiting Israel.

DC Insider spoke with Neri Zilber, a journalist in Tel Aviv, adjunct fellow of the Washington Institute for Near East Policy and senior fellow at BICOM, for more on the tensions between American Jews and Israel, and the changing demographics of the United States more generally.

Recently, Trump accused American Jews of being disloyal. What do you believe sparked such a strong remark from the president?

“Trump is trying to leverage his relationship with Israel to essentially tar the entire democratic party as being anti-Israel while also calling into question American Jews’ overall loyalty - either to the U.S. or Israel - and it’s all of a piece with his 2020 re-election campaign.”

Will this help him during his upcoming presidential campaign?

“I don’t know... It’s obviously a play for American-Jewish voters, although, I doubt that will work. Perhaps for certain American-Jewish donors, it’s more plausible, but overall, it’s a play to his right-wing evangelical base; which is very pro-Israel.”

Perhaps for certain American-Jewish donors, it’s more plausible, but overall, it’s a play to his right-wing evangelical base; which is very pro-Israel.

In your opinion, why is the Trump administration so adamant on having the entire American community pledge their allegiance to Israel?

“He sees it as a useful wedge issue for his own domestic political uses... He’s trying to tar the entire democratic party as four congresswomen, which isn’t factually correct or fair, I would argue, and by extension use that as a hammer against any democratic opponent in 2020.”

Why has Israel chosen to remain silent in regards to his recent accusations?

“While officially Israel has remained quiet, there are voices within the Israeli center and left-wing opposition who have actually come out and said that this is wholly irresponsible and could cause long-term damage to the U.S.-Israel relationship, which I believe is absolutely correct.

As to why official Israel has remained quiet, it’s because (1) they want strong relations with the White House, with any given U.S. administration and so that’s of strategic interest but more pertinently (2) Prime Minister Benjamin Netanyahu has made it a center piece of his public and political image of being extremely close to U.S. President Donald Trump and that Trump is not only Israel’s best friend, but Netanyahu’s best friend and Netanyahu can’t quite publicly criticize Trump after betting so heavily on him during the past few years.”

How are American Jews reacting to his aforementioned comments and how is this impacting or going to impact the American-Jewish community in the long run?

“I can’t overstate the long-term damage that this could have in terms of the Israel-U.S. relationship and in terms of Israel’s standing, not only in America but among American Jews. 70-80% of American Jews vote democratic and just by the numbers, they’re very anti-Trump and so if in their minds and in the American public’s mind - Trump equals Netanyahu and Netanyahu equals Israel - then Trump might equal Israel and that could have major damage because obviously the U.S. itself is very polarized and Trump isn’t popular among wide segments of the American and American-Jewish population.”

70-80% of American Jews vote democratic and just by the numbers, they’re very anti-Trump

Do the majority of Israeli politicians share that same sentiment?

“It’s hard to say... Like anything in Israel, most issues become heavily politicized. It’s interesting that even elements within the opposition come out very strongly against the four congresswomen and say that they’re no friends of Israel. However, Netanyahu should not be throwing the entire Democratic party under the bus, all for the sake of Trump.”

However, Netanyahu should not be throwing the entire Democratic party under the bus, all for the sake of Trump

Both Congresswoman Tlaib and Omar were banned from entering Israel. Tlaib proceeded to then reverse Israel’s decision by explaining that she had every right to see her aging grandmother, who currently lives in the country, only to later reject the invitation. Do you believe that her rejection was her plan all along, as the majority of the right-wing has suggested, and if so, why would she have pled her case to begin with?

“I don’t believe that it was her initial plan... I think that she requested a humanitarian permit to come visit her grandmother and her family and when that became public, she was heavily criticized on social media and my interpretation is that the publicity and the backlash that she received from her base caused her to reverse her decision to potentially go to Israel.

She’s now a congresswoman who obviously holds very strongly-held beliefs about Israel, which I believe are incorrect and verging on irresponsible. [Regardless,] she wanted to go to Israel and there are some accounts that she was even going to meet with certain Israeli officials, and not only Palestinian officials. However, once she was banned from going for an official visit, there was this personal and familial consideration to visit her family, and I think this is completely understandable on a personal level.”

*Last week, Israeli air strikes hit a military position in Lebanon, only one day following the fall of two Israeli drones in the southern suburbs of Beirut. What could be the repercussions of these alleged strikes and could this lead to another war in Lebanon with Israel?

“There are heightened tensions between Israel and Lebanon/Syria, which also extends potentially into Iraq. Ultimately, the decision to respond, we heard from Hassan Nasrallah... He’s threatening a response and so we have to see if they’re going to go ahead with that and if they are successful, what that would entail. But any retaliation has the potential to really escalate things.”

there has definitely been an uptick in Israeli actions against Iran and Iranian proxies over the past few weeks and tensions have obviously been heightened and so any kind of response or any kind of miscalculation, on either side, can have serious implications

What is the likelihood of substantive retaliation from Hezbollah?

“Honestly, no one knows... But everyone is taking Nasrallah’s threats very seriously. It’s a question, obviously, of what kind of response comes and the level of Israeli casualties, if any –and for that, we’ll have to see. But there has definitely been an uptick in Israeli actions against Iran and Iranian proxies over the past few weeks and tensions have obviously been heightened and so any kind of response or any kind of miscalculation, on either side, can have serious implications. Bottom line, no one can predict these things... Even those whose job it is to predict.”

*This interview took place before Hezbollah responded to Israeli airstrikes.