Published December 30th, 2021 - 08:01 GMT
Israeli forces stand guard as Palestinian women react to the demolition of their home, located within the "Area C" of the occupied West Bank, where Israel retains full control over planning and construction, in the occupied West Bank town of Hebron on December 28, 2021. (Photo by HAZEM BADER / AFP)
Highlights
Palestinian president holds talks with Israeli defense minister on first official visit since 2010

The occupied West Bank faces an “explosion” if there is no political solution to the Palestine-Israel conflict, Palestinian President Mahmoud Abbas warned Israeli Defense Minister Benny Gantz in rare talks on Wednesday. 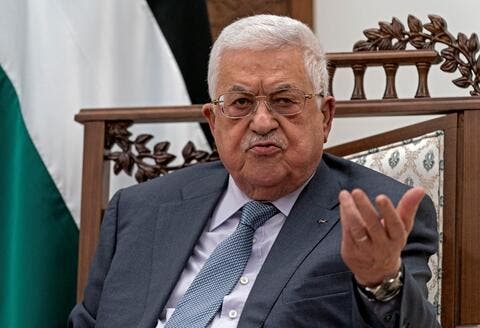 Abbas led a high-ranking delegation on his first official visit to Israel since 2010, and met Gantz at his home in the central town of Rosh HaAyin.

Gantz and Abbas discussed security cooperation. Israel agreed to give “dozens of so-called VIP passes for senior Palestinian Authority officials.”
This is so much of what’s wrong with the PA in a nutshell 🌰. https://t.co/USEFiYsMMx

Israel later unveiled a package of what it described as “confidence-building measures.” They included a $32 million advance payment of taxes collected on Palestine’s behalf by Israel, and 600 extra entry permits to Israel for Palestinian businessmen. Israel also “regularized” 6,000 more Palestinians who live in the occupied West Bank.

“President Abbas made it clear to Gantz that we are witnessing the last opportunity before an explosion takes place, and that without a political formula the situation could easily blow up,” he said.

“What we said is also what the Americans are telling the Israelis, that without a political process, putting all the efforts into economic and security plans will fail.” Israeli efforts under the guise of improving living conditions were nothing more than “cosmetic” moves that would not be helpful if things turned bad, Sheikh said.

Ali Jarbawi, professor of political science at Birzeit University, told Arab News the Israeli government’s positionstemmed from its weakness. “It is not being held accountable for what happens to Palestinians … because this Israeli government’s shaky internal unity has insulated it from any external pressure,” he said.

Jarbawi said every relevant party had told the Palestinian leadership there was no chance of a political process with this Israeli government. “If the Palestinian Authority were not facing financial and operational troubles, the Israelis would not even have agreed to this meeting.” 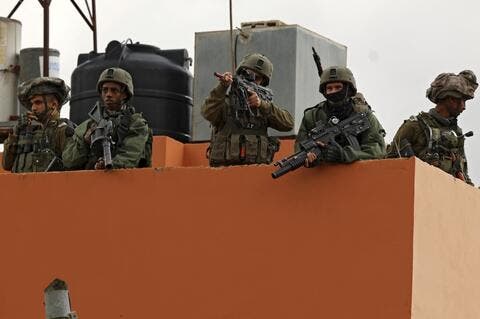 Jarbawi said the Palestinian governing structure was also fragile, and the meeting had taken place to help keep it alive. “But one should not come to the conclusion that this is a positive, or that there is a return to the political process.”