After Year of Delay: COP26 Kicks off in Glasgow

Published October 31st, 2021 - 11:45 GMT
An activist holds up a placard arriving for a "Pilgrims Procession", an opening ceremony to a series of non-violent direct actions being organised by the Extinction Rebellion climate activist action group at Glasgow Green near the Scottish Event Centre (SEC) in Glasgow, Scotland on October 30, 2021. Ben STANSALL / AFP

Phasing out coal, climate finance and article 6 are among the thorniest negotiations on the agenda. Civil society groups are set to make their voices heard on the sidelines of the conference
COP26 kicks off on Sunday in Glasgow, Scotland after it was delayed by a year due to the pandemic. 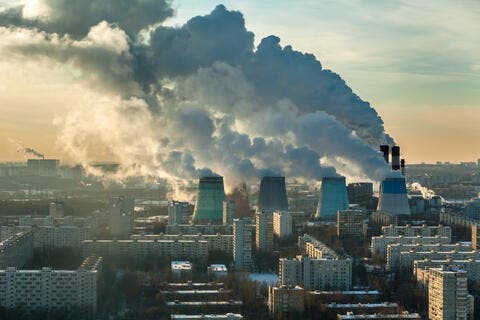 Just another heads up to all those following #COP26Glasgow #COP26 don’t expect anything useful from Australia @COP26 pic.twitter.com/pl36vrdQ3T

The 26th Conference of the Parties to the United Nations Framework Convention on Climate Change (UNFCCC) has been touted as a “make or break” moment for the planet. Global leaders will have two weeks to attempt to hammer out details on how to move forward with concerted action to face climate change. More than 25,000 people, including scientists, academics, civil society leaders, companies and environmental activists are expected to attend events in Scotland’s largest city.

The UNFCCC is an international convention that entered into force in 1994 with the aim to stabilise emissions "at a level that would prevent dangerous anthropogenic interference with the climate system." The convention has near-universal membership with a total of 197 signatories.

The event has been so widely anticipated for two main reasons.

The first is that it will be a test for the effectiveness of the Paris Agreement, a legally-binding treaty on climate change that aims to limit the rise in global temperatures to well below 2, preferably to 1.5 degrees Celsius compared to pre-industrial levels. The agreement was adopted at COP21 in Paris in 2015. States should renew and up their commitments to reach its goals every five years, while also indicating how they intend to go about meeting them.

COP26 is, in other words, the first test for the Paris Agreement. Emissions reduction targets submitted in Paris would lead to warming of over 3 degrees Celsius, meaning world leaders will have to up their game at this conference (as well as act upon their pledges later).

On top of that, an increasing body of scientific evidence shows time is running out for effective climate action. The latest report by the Intergovernmental Panel on Climate Change (IPCC) the UN scientific body responsible to assess climate risks, warned in August that the goal of limiting global warming to 1.5 degrees Celsius above pre-industrial levels could soon be beyond reach, and that human activity is the “unequivocal” cause of climate change. UN Secretary General Antonio Guterres said the report was “a code red for humanity.”

More than 100 world leaders have confirmed their attendance. However, there will also be notable absentees, including Russian President Vladimir Putin and Chinese President Xi Jinping, as well as Brazil’s Jair Bolsonaro.

We take a look at what is expected to happen in Glasgow from Sunday 31 October to Friday 12 November.

What is actually happening?

Events will be held in two main sites: the Blue Zone and the Green Zone.

The Blue Zone is where negotiations will take place, and entry will be limited to delegates, observers as well as accredited individuals including journalists and sponsors. This site is run by the UN at the Scottish Event Campus (SEC) in western Glasgow.

The Green Zone, run by the UK government at the Glasgow Science Centre, is where civil society organisations, artists and others will be able to showcase their work on climate change in more than 100 pavilions that will be part of the exhibition. This part is open to the public and tickets can be bought for the more than 200 events taking place there.

A number of demonstrations are also expected to take place. A large rally is expected on Saturday 6 November, when tens of thousands are set to march from Kelvingrove Park to Glasgow Green as part of a “Global Day of Action for Climate Justice” organised by the COP26 Coalition of civil society groups and individuals. Speakers at the rally will include Greta Thunberg and her Ugandan counterpart, youth climate justice activist Vanessa Nakate. The climate movement Extinction Rebellion has said it plans “deliberate disruption” during the summit.

One of the main issues at the heart of the negotiations will be Nationally Determined Contributions (NDCs), each government’s plan to curb greenhouse gas emissions. The Paris Agreement left it to individual governments to put forward their own pledges about what they believe is a fair contribution to combat climate change, and how they intend to achieve that goal.

And if the pledges made in 2015 leave the world on track for dangerous climate change, those made in the run up to COP26 also fall short of what is needed to meet the 1.5 degrees Celsius goal. According to the UN’s latest emissions gap report published this week, newly submitted NDCs set the world on track for a 2.7 degrees Celsius temperature rise by the end of the century.

Finally in Glasgow for the #COP26! And thank you for the very warm welcome…😅 pic.twitter.com/mK4vl7iTM1

Negotiations over Article 6 of the Paris Agreement will also be key. That’s the article that allows for the use of carbon markets to pay for emissions generated in one place with offsets elsewhere, for instance by financing reforestation. The concept has been controversial, with plenty of evidence showing offset projects led to local displacement and human rights violations and a new type of “colonialism”. Critics say trading carbon emissions only serves to shift them around, while others argue that if done well, carbon markets can become a key tool to combat climate change. Negotiations over carbon markets broke down at the last round of talks in 2019.

Climate finance will also be at the heart of the negotiations. Developing countries, which are historically least responsible for climate change but often on its frontlines, will be looking to rich nations to meet their previous pledge of $100bn a year in climate finance for adaptation and mitigation to help them reach their climate targets.

Data released this week suggests that target may not be met until 2030. How to address loss and damage associated with the effects of climate change is also high on the agenda of developing countries, who want a dedicated financial mechanism to address irreversible climate harm. However, there is no agreement at the international level about what loss and damage should entail. 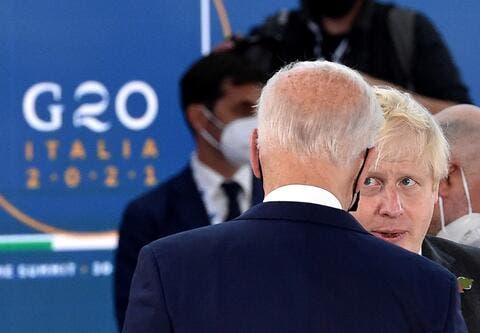 High on the agenda are also the global coal phase-out, the reduction of methane emissions, and environmental protection.

Other negotiations topics include gender equality in the context of climate action, and how cities can adapt to climate change.