All You Need to Know About Ayman al-Zawahiri

Ayman al-Zawahiri was largely accepted and respected by Al Qaeda’s different regional branches due to his role in forming the group in the 1980s. But the next leader might have problems exerting such authority, experts say. 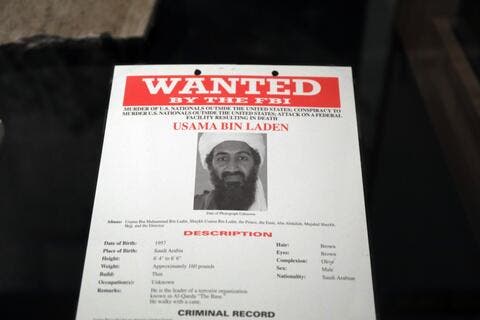 List of ​Six Top-Most Wanted People Killed by the US

Al Qaeda’s supremo Ayman al-Zawahiri, who held the reins of the feared armed group after the US bumped off its founding chief Osama Bin Laden in 2011, met a similar fate on Monday when a drone strike ordered by President Joe Biden hit a safe house in the Afghan capital Kabul, killing the 71-year-old leader on the spot.

While both Laden and Zawahiri came from privileged families in the Middle East — Laden from Saudi Arabia and Zawahiri from Egypt — they were destined to meet in Afghanistan at the height of the Soviet occupation in the 1980s.

Analysis: President Biden and his Republican critics were always going to spend August 2022 re-litigating the U.S. withdrawal from Afghanistan.

Deeply embedded in the US-backed Afghan war against the Soviets, the two leaders called themselves Afghan Arabs. In 1988, they established Al Qaeda in Pakistan’s Peshawar – the outfit did not attract any interest in Washington or elsewhere as not many could imagine that their main target would be the US. Both leaders also cultivated connections with some Taliban leaders. Little did Zawahiri know that three decades later he would be killed by the CIA in Taliban-ruled Afghanistan.

Experts believe after Zawahiri’s killing, which American media claimed to have taken place at the safe house balcony often frequented by Zawahiri to get some fresh air, Al Qaeda is likely to face an uphill task to stay relevant on both local and global fronts, especially because of Daesh stealing its limelight in Afghanistan and beyond.

“Al Qaeda will lose more power and its global relevance after Zawahiri's death, being more active in other areas like Yemen, Syria and Africa. Daesh in Afghanistan is now more powerful than Al Qaeda,” says Kamal Alam, a military analyst and a non-resident senior fellow at the Atlantic Council.

“Al Qaeda itself is a shadow of what it used to be in the region. Zawahiri has been irrelevant tactically speaking and not a threat beyond symbolism of his audio and video tapes,” Alam tells TRT World, referring to the Al Qaeda leader’s declining influence over radical networks.

While Zawahiri’s influence dwindled in recent years, he commanded respect from almost all the Al Qaeda branches. Therefore, analysts say, it will be hard for the future Al Qaeda leader to fill in Zawahiri's shoes and the new commander-in-chief is likely to face a “credibility” problem in light of the group's growing decentralisation, according to Jerome Drevon, a senior analyst on militant groups like Al Qaeda at International Crisis Group, an American think-tank.

“Naming the head of an affiliate might be more difficult for other affiliates to agree. The key issue is that nobody has the stature and credibility of either Bin Laden or Zawahiri, so any choice might be internally contested,” Drevon tells TRT World.

Obaidullah Baheer, an Afghan political analyst and a lecturer at the American University in Kabul, also believes that losing Zawahiri might escalate tensions inside Al Qaeda.

“In the absence of a clear successor to Zawahiri, there will be internal tensions within the group regarding ascension. It is difficult to assess whether a splinter Al Qaeda is going to present a larger threat or a smaller one to international security,” Baheer tells TRT World.

Who will succeed Zawahiri?

“As what happened when Bin Laden was killed, Al Qaeda will have to hold internal consultations before naming a new leader. There are internal rules on successions but we should not be taking any names for granted,” says Drevon.

For possible candidates for the next leader of Al Qaeda, Drivon refers to a recent UN report, which suggested several prominent members like Sayf al Adl, an Egyptian like Zawahiri and Abd al Rahman al Maghrebi, the son-in-law of Zawahiri, who are both located in Iran, in addition to the leaders of JNIM in the Sahel and Al Shabab in Somalia.

“All the names are problematic [to the Al Qaeda]. Being in Iran raises questions regarding their ability to take decisions independently,” observes Drevon, referring to the fact that Al Qaeda is a Sunni-dominated organisation while Iran is a Shia-majority country.

Al Qaeda has already had a succession plan for the post-Zawahiri period, says Iftikhar Firdous, a senior Pakistani investigative journalist with a focus on Afghanistan and militant groups.

“There is a list of possible successors with different branches who propose names. Succession is well prepared, so in one or two weeks, we might have the official announcements,” Firdous tells TRT World. Like Drevon, Firdous also names Al Adl and Al Maghrebi as possible successors to Zawahiri.

More than 20 years after 9/11, one of the masterminds of that terrorist attack and Osama bin Laden’s successor as the leader of al-Qaeda – Ayman al-Zawahiri – has finally been brought to justice.