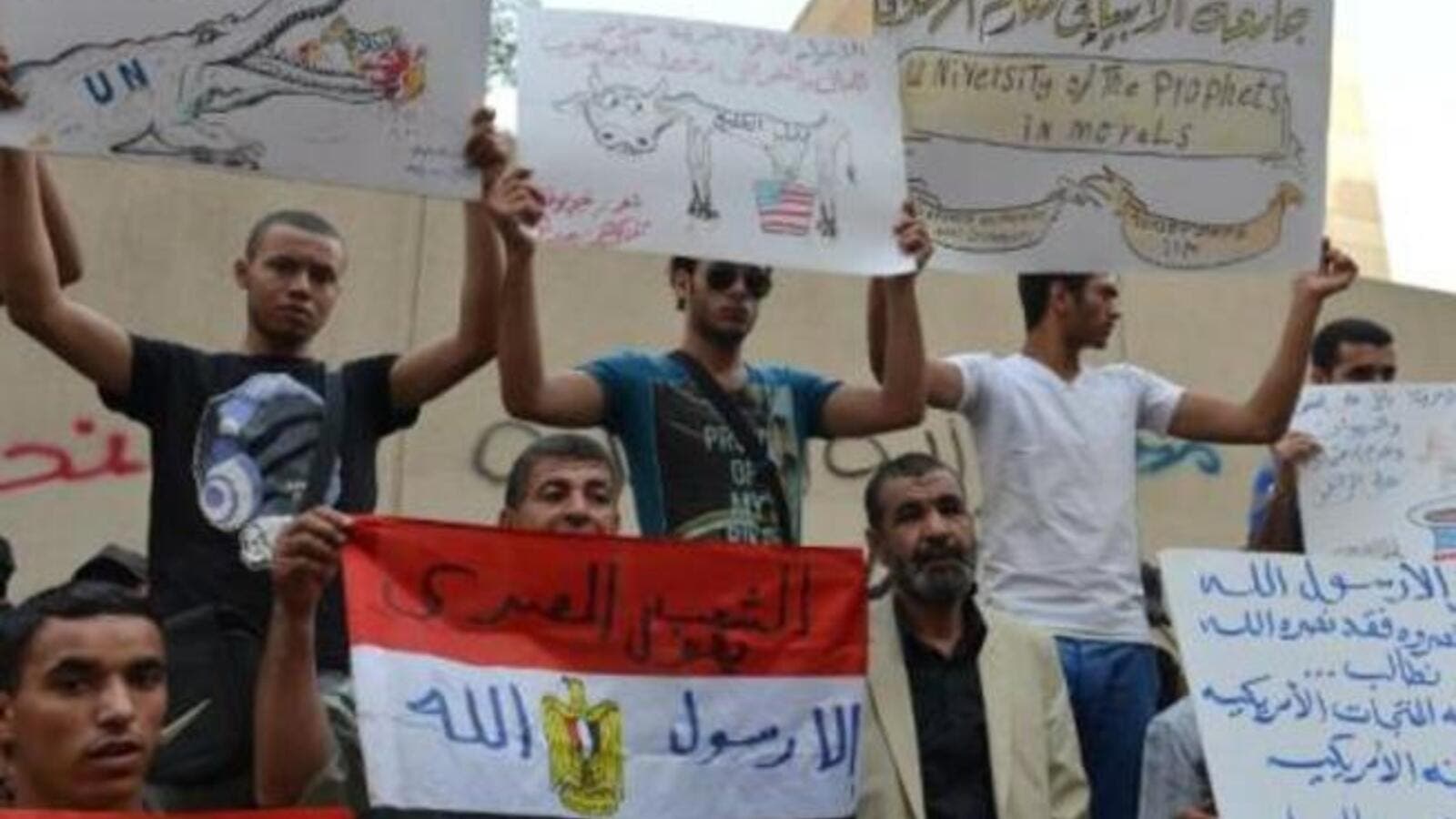 The protests continue to grow in the Arab world after the release of the short film The innocence of Muslims, produced and directed by filmmaker who described Islam as cancer. After Tuesday's attacks, which killed four people, including the United States ambassador to Benghazi (Libya), a wave of anti-American protest continued on Thursday in various parts of the Arab world.

The embassy in Sanaa stormed

In Yemen, demonstrators stormed Thursday the United States Embassy in Sanaa. Police fired into the air in a bid to disperse the rioters, but they entered the embassy compound and set fire vehicles. Following clashes with the protesters, police were able to evacuate the demonstrators.

For two days, rallies, often violent, took place in front of the U.S. Embassy in Cairo to protest against the film. Throughout the country, there are fears of renewed tensions between Muslims and Coptic Christians, because according to the Egyptian press and Muslim preachers, Copts living in the United States were involved in the production of the film.

Anger from Iran to Morocco

Rallies were also held last night, in front od the American embassies in Casablanca (Morocco), Tunis (Tunisia) and Khartoum (Sudan). A demonstration is planned for Thursday in Tehran (Iran) in front of the Swiss Embassy, which represents U.S. interests.

Demonstrations were also reported in Benghazi, Libya, as residents of the city took to the streets, but this time to condemn the attack on the U.S. consulate during which the U.S. ambassador and three officials were killed on Tuesday. "Libya is not Afghanistan," "thugs and killers are not Libyans" or "no insults against the Prophet, not insults against Islam, not to terrorism, " read some signs.

There is growing concern for the safety of American citizens in Arab countries. U.S. President Barack Obama on Thursday urged the leaders of Egypt and Libya to discuss their cooperation in the security field. The President of the United States has called on Libya to cooperate with Washington to arrest and bring to justice the perpetrators of the killings on Tuesday, and urged Egypt to honor its commitments regarding the protection of the delegations of the United States and their staff.

In a speech broadcast on Egyptian state television, his Egyptian counterpart, Mohamed Morsi, said that " it is [the duty of the Egyptians] to protect those who come from abroad (...) and I urge everyone to take this into account, not to violate the law in Egypt and (...) not to attack the embassies. "