The Atlanta police officer charged with murder over the shooting death of a Black man last summer has been reinstated to the force though he will remain on administrative leave. 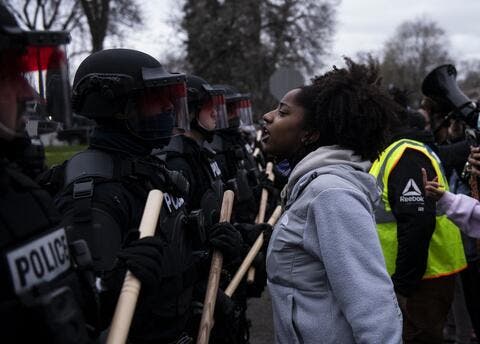 The Atlanta Civil Service Board ruled Wednesday to reinstate Garrett Rolfe, stating in a findings of fact and order document that he was fired without due process.

"Due to the city's failure to comply with several provision of the [Atlanta City] Code and the information received during witnesses' testimony, the board concludes the appellant was not afforded his right to due process," it said. "Therefore, the board grants the appeal of Garrett Rolfe and revokes his dismissal as an employee of the APD."

BREAKING: The Atlanta police officer who was fired after fatally shooting Rayshard Brooks in a Wendy's parking lot last year has been reinstated by Atlanta’s Civil Service Board. https://t.co/NAgjRSCi3z

Rolfe was dismissed from the force a day after he shot Rayshard Brooks on June 12, 2020, while attempting to arrest him over a suspected DUI in a Wendy's restaurant parking lot.

The board reinstated Rolfe after finding the city had violated its rules in doing so, including dismissing him without 10 working days prior notice.

According to the board, immediate dismissal is also permitted in emergency situations but the board said they were not provided with any documentary evidence to show that the city had given Rolfe a notice of emergency action as mandate by the code.

During testimonies concerning his dismissal last month, Sgt. William Dean, a 25-year veteran of the Atlanta Police Department, told the board that Rolfe's dismissal seemed "rushed and sufficient time was not provided" for him to submit a response to being fired, the document said.

Lance LoRusso, an attorney for Rolfe, told The Washington Post in a statement that his client will be entitled to backpay.

"We are very please at this action and consider it the first step in the total vindication of officer Garrett Rolfe," LoRusso said.

Rolfe faces several charges, including felony murder, over the shooting that was captured on a surveillance camera showing Brooks running away from the police who were attempting to arrest him after grabbing one of their Tasers.

As he flees, Brooks turns back toward the pursuing officers and discharges the Taser. Rolfe then opens fire.

Garrett Rolfe killed Rayshard Brooks and got his job back because he wasn't given “due process”.

Rayshard Brooks did not get due process when he was killed by the police. https://t.co/NpAKAU3EUh

The office of Atlanta Mayor Keisha Lance Bottoms said in a statement that the board's decision does not say whether Rolfe's actions were against police department policies only that his dismissal wasn't done to code. 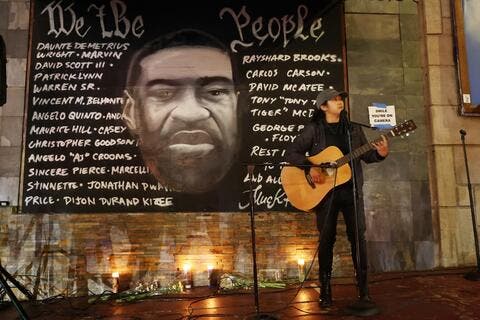 Why Did Ma'Khia Bryant Have to Die?

"Given the volatile state of our city and nation last summer, the decision to terminate this officer, after he fatally shot Mr. Brooks in the back, was the right thing to do," Bottoms said. "Had immediate action not been taken, I firmly believe that the public safety crisis we experienced during that time would have been significantly worse."

The Atlanta Police Department said in a statement that Rolfe will be placed on administrative leave until his criminal charges are resolved.