Why Did Ma'Khia Bryant Have to Die?

Crowds of protesters gathered in downtown Columbus, Ohio on Sunday for another day of demonstrations over the killing of Ma'Khia Bryant. 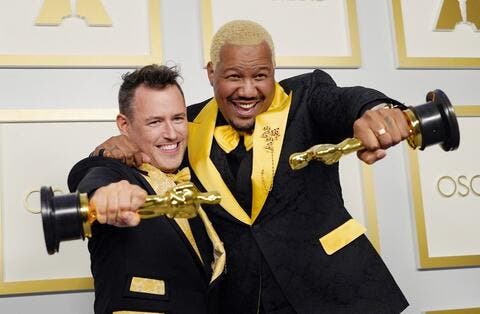 Bryant, a 16-year-old black girl, was shot dead by a white police officer on Tuesday afternoon as she wielded a knife at another young woman.

Around 200 people joined the protest on Sunday, which began late afternoon in Goodale Park.

Many carried signs with messages such as 'Ma'Khia was a child' and 'Justice for Ma'Khia Bryant'.

Demings: Officer in Ma'Khia Bryant's death appears to have "responded as he was trained to do" https://t.co/seFcyIykzo pic.twitter.com/4lIQJXxweD

Organizer Hana Abdur-Rahim spoke to those gathered from a stage where he was flanked by members of Bryant's family.

'Today we are here to continue to lift up the life of Ma'Khia Bryant. I don't need a video to know she was a child and she deserved to live,' she said.

Officials with the Columbus Division of Police had released initial footage of the shooting on Tuesday night just hours after it happened, which was a departure from protocol, as the force faces immense scrutiny from the public following a series of recent high-profile police killings that have led to clashes.

Abdur-Rahim introduced a woman named Myra Duke who told the crowd she was Bryant's aunt.

Duke told those gathered how much Bryant's family misses her and thanked them for their dedication to her niece, The Columbus Dispatch reported.

'It doesn't seem real. Ma'Khia was an angel. This situation didn't have to happen like this; the system failed her.'

Ma'Khia was living in a foster home at the time she was killed and some protesters have criticized the social care system for letting her down.

The crowd marched from the park to the nearby High Street where they blocked traffic at an intersection between Lincoln and Warren streets.

They chanted Bryant's name and age, along with the slogan 'Black girls matter'.

Motorcyclists attempted to get through the protesters blocking traffic but were unsuccessful.

One burned rubber to intimidate the protesters as he turned his motorcycle around, according to a photographer at the scene who captured the incident.

At around 6pm, the demonstrators sat for 16 minutes of silence - one to mark each year of Bryant's life.

Protesters on Sunday also chanted the names of other black people killed by police in the area, including Casey Goodson Jr., Andre Hill and Tyre King.

Goodson Jr., 23, and Hill, 47, were both shot and killed in separate incidents in December.

A former Columbus police officer had been indicted for Hill's murder.

Tucker Carlson says a police officer has been pulled off duty after telling the truth about the Ma’khia Bryant shooting pic.twitter.com/GgHM9uku1w

King, 13, was killed in September 2016 after pulling what was later found to be a BB gun as he ran away from police.

Organizers are calling for the resignations of city leaders including the Franklin County Sheriff Dallas Baldwin and Mayor Andrew J. Ginther.

They are also demanding the officers who killed Bryant and Goodson Jr. be arrested and that the Columbus Division of Police be defunded.

The demonstration was the latest in a series of marches and vigils across Columbus since Bryant's death.

News of her killing came minutes before the announcement that former Minneapolis police officer Derek Chauvin had been found guilty on all three charges over the killing of George Floyd.

Her family is grieving. Regardless of the circumstances associated with this, a 16-year-old lost her life yesterday.'

He added: 'I sure as hell wish it wouldn't have happened.' 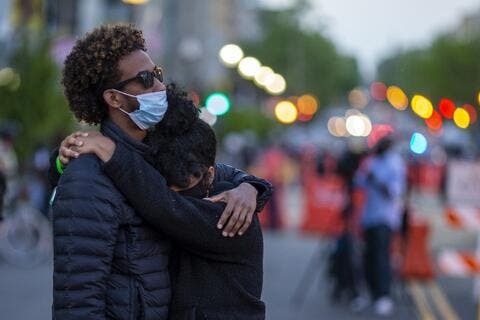 'She was a child. We're thinking of her friends and family and the communities that are hurting and grieving her loss,' Psaki said in a statement.