He is supposed to be committed to reducing emissions – but when President Joe Biden produced a little natural gas of his own at the COP26 summit, it was audible enough to make the Duchess of Cornwall blush. 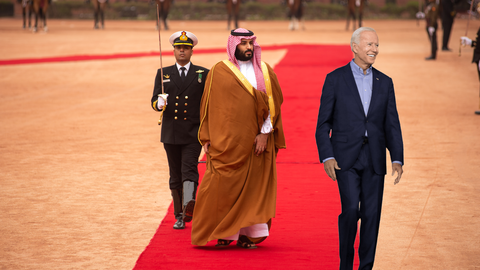 Why Is Mohammad Bin Salman Upset With Joe Biden?

An informed source has told The Mail on Sunday that Camilla was taken aback to hear Biden break wind as they made polite small talk at the global climate change gathering in Glasgow last week.

‘It was long and loud and impossible to ignore. Camilla hasn’t stopped talking about it’

'It was long and loud and impossible to ignore,' the source said. 'Camilla hasn't stopped talking about it.'

The President met the Duchess during a reception on Monday at the Kelvingrove Art Gallery, attended by Prince Charles, the Duke and Duchess of Cambridge and Boris Johnson.

Just hours earlier, the 78-year-old – nicknamed 'Sleepy Joe' by Donald Trump – had appeared to doze off during the opening addresses, prompting more questions from his political rivals over his fitness for office.

This is not the first time that Biden has faced claims that he broke wind. In May 2020, Republicans, including Donald Trump Jr, posted a video clip of Biden containing a suspicious noise while live-streaming an exchange with Pennsylvania Governor Tom Wolf.

However, a separate video which circulated last month – and was briefly trending on Twitter under #Fartgate – was found to have been doctored to include fake flatulence.

Trump Sr is considering running in the 2024 Presidential race. After a year in the White House, Biden's approval ratings are at rock bottom, with polls putting his predecessor two percentage points ahead.

JUST IN - Biden produced a "little natural gas" of his own at the #COP26 summit, it was audible enough to make the Duchess of Cornwall blush.https://t.co/406hPoR1uE

At the reception, which was originally supposed to have been hosted by the Queen until she was ordered to rest by doctors, Biden was seen laughing and joking with Prince William, at one stage placing a hand on his shoulder.

At COP26, Biden apologised for Trump's actions in taking the United States out of the Paris Climate Accord and he pledged that America would devote more resources to fighting climate change. The President was 'gonged' eight times by organisers for running past the three minutes allotted for his speech.

This summer, Johnson praised Biden as being 'a big breath of fresh air' on climate change compared to his predecessor. 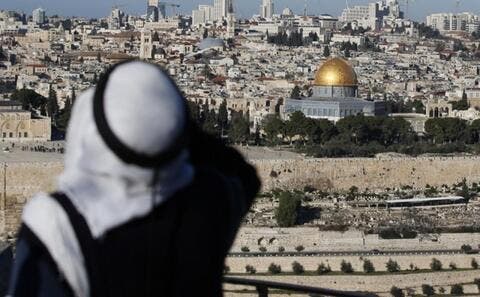 Appropriately, Biden has urged world leaders to cut methane gas emissions by 30 per cent by the end of the decade. Cows and other livestock contribute substantially to global methane levels.