Published June 16th, 2021 - 08:50 GMT
Saleh Abdel Ahad, representative of the Democratic Front for the Liberation of Palestine, speaks during the Palestinian National Dialogue hosted by Egypt’s General Intelligence Service in the capital Cairo, February 8, 2021. (AFP)
Highlights
The postponement of the factions’ meetings in Cairo came after Hamas rejected of three main proposals submitted by the Fatah delegation to Cairo.

After a series of separate meetings with Palestinian officials, Egypt has failed in its attempt to organise direct talks to bridge the differences between the two contending factions, Hamas and Fatah. 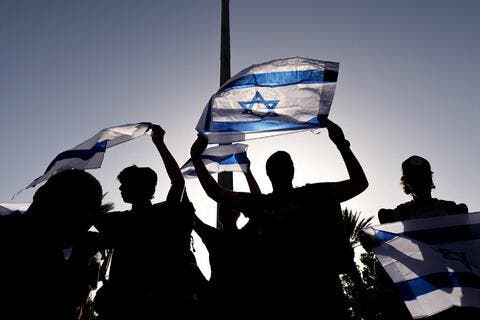 Cairo had postponed the meeting of the rivals, which was scheduled to be held on Saturday. Cairo’s initiative has failed because the both sides refused to make concessions on some major issues.

#Hamas chief Ismail Haniyeh has arrived in Cairo for reconciliation talks with the rival #Palestinian #Fatah movement, amid reports that an #Israeli security delegation will also visit #Egypthttps://t.co/R3LB8SARaP

Officials in the Egyptian General Intelligence Service held meetings on Saturday and Sunday with the Islamic Jihad movement led by Ziad al-Nakhala, without the attendance of representatives from Fatah and Hamas.

The meetings focused on trying to find a middle ground between Hamas and Fatah positions on the political roadmap to end the Palestinian deadlock. The Islamist Hamas movement insists on forming an interim leadership to run the executive authority and prepare for National Council elections. Fatah, however, prefers the formation of a national unity government.

Palestinian sources told The Arab Weekly that the postponement of the factions’ meetings in Cairo came after Hamas rejected three main proposals submitted by the Fatah delegation to Cairo.

These proposals were the formation of a national unity government that agrees to the conditions of the International Quartet, including the recognition of the State of Israel; the beginning of the reconstruction process under the full supervision of the Palestinian Authority and the new government once it is formed and a commitment to avoid discussing the Palestine Liberation Organisation (PLO) file at the present time.

The same sources indicated that Cairo is trying to find a formula that pushes the Palestinian rivals to meet at the earliest opportunity by pressuring Hamas into taking part in the future national unity government. This drive is out of kilter with the conditions of the International Quartet. In return, the sources said, Hamas can take part in the reconstruction process through its ministers in that government.

The head of the media office of the Mobilisation and Organisation Commission of the Fatah Movement, Munir al-Jaghoub explained that consultations on the Cairo meetings have not stopped. He added that the movement’s delegation, now back from Cairo, is discussing with President Mahmoud Abbas the details of issues raised by all factions. The delegation, Jaghoub revealed, will return to Cairo at the end of this week or early next week.

Jaghoub added in a statement to The Arab Weekly that Fatah is waiting for the Egyptians and Hamas to determine the substance of future talks. Fatah, he noted, has expressed its refusal to allow the  meetings to turn into mere lectures and sermons. The aim, according to Jaghoub, is to reach consensus, without Fatah making concessions at the expense of its basic unity government line.

Ha!
Hamas and Fatah meeting in Cairo is postponed.#Hamas wants to control the reconstruction of #Gaza and want elections ASAP. #Fatah refused both!
A reminder of the challenges facing #Egypt in #Israel- #Palestine crisis https://t.co/KfNERMtmzf

The most recent Gaza war has strengthened the position of Hamas on the Palestinian political scene. Fatah, however, sees that the war has weakened its own power, though the movement still holds the keys to any future solutions. This factor enables Fatah to try to impose its conditions on Hamas, especially in the wake of international support for the Palestinian Authority and for president Abbas.

The Hamas security delegation is reportedly holding unannounced meetings with leaders in the Egyptian intelligence service to arrange a prisoner exchange deal with Israel. This would seem to prove the Islamist movement is determined to use such a deal to consolidate its political gains following the Gaza war. 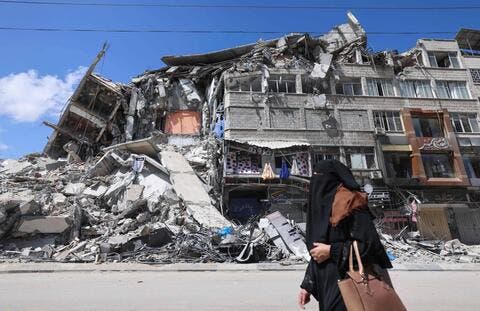 A Hamas military delegation, led by Marwan Issa, chief of staff of the Izz al-Din al-Qassam Brigades, the movement’s military arm, arrived recently in Cairo. This confirms that the prisoners’ swap is still on the table and that Egypt is dealing with it  as an issue that should be resolved between Hamas and Israel.

Observers say that Hamas will be keen on the success of the prisoners’ deal, which would include leaders from different factions, in order to pull off yet another political victory over Fatah.