Published June 23rd, 2021 - 11:39 GMT
An anti-government protester walks with a Lebanese flag past a broken window in downtown Beirut in October 2019. | AFP-JIJI
Highlights
Lebanon has been suffering its worst political and financial crisis ever.

Lebanon, which has for decades relied on outside powers to help solve its problems, is again waiting for "a savior" to pull it from its worst political and financial crisis since the 1975-90 civil war. 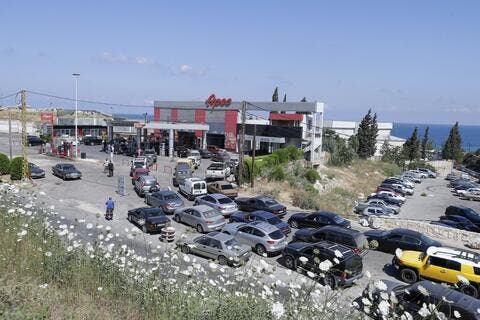 With the failure of the Lebanese leaders to form a new government, the re-election of Syrian President Bashar Al-Assad for a fourth term last month has fueled speculation about a new Syrian role in stabilizing its crisis-stricken neighbor.

Some analysts in Beirut have argued that handing over Lebanon again to Syria was a possible option based on shifting regional dynamics, including recent Saudi-Syria rapprochement to limit Iran's influence and Arab-European desire to normalize ties with Assad, who survived the war and remains in power. But others say that seems unrealistic, at least for now.

Lebanon’s economy ministry on Tuesday raised the price of subsidized bread for the fifth time in a year amid the tiny country’s worsening economic and financial crisis, via AP https://t.co/KYrftWBauX

"I don't think that Syria now is capable or ready to play a role in Lebanon while it suffers from large destruction and the regime is not in control of all the country," Fares Boueiz, who served as Lebanese foreign minister for two terms under Syria's rule in the 1990s, told UPI.

"A major part of the problem in Lebanon is related to the big role Hezbollah is playing in Lebanon and Syria," he said. "Redefining Hezbollah's role and size in Syria will reflect directly on Lebanon...That could be a way" to restabilize the situation in Lebanon.

Syria today is not the powerful Syria of the 1970s, when it first sent its troops to Lebanon, with U.S. encouragement and tacit Israeli approval to help stop raging civil strife.

As the war lasted 15 years, Syria consolidated its military presence with up to 30,000 troops deployed across most of the country and imposed itself as the most powerful player after battling Palestinian armed groups, various Lebanese factions and Israeli forces.

In peacetime, when the 1990 Saudi-brokered Taef accord ended the civil strife, Syria was entrusted to fix the country, which allowed it to control it completely, exerting significant influence on Lebanese politics and every aspect of life, as well as forming long-term alliances with local parties.

Syria's 29-year heavy-handed control of Lebanon came to an end in 2005 when it was forced to pull out troops more than two months after the Feb. 14 assassination of Prime Minister Rafik Hariri. A critic of the Syrian presence in Lebanon, Hariri was killed in an explosion that targeted his convoy in Beirut. His killing was swiftly blamed on Syria, but an international court years later ruled that members of Hezbollah were behind it.

Syria's departure further divided the Lebanese, while the mostly corrupt political elite, who have dominated politics for years, engaged in constant political disputes and failed to agree on how to run the country and solve its problems until its worst economic crisis broke out in October 2019.
Exhausted and fragmented

Boueiz said Lebanon emerged from the civil war "exhausted, largely destroyed and fragmented...with no state institutions and some 10 confessional mini-states ruled by the then powerful and heavily armed Christian and Muslim militias."

"An Arab-international decision ended the war at that time, but Lebanon did not have any mechanism to reunify the country, and the world was not interested in sending troops to fix the situation," Boueiz told UPI. "Syria was thus entrusted to put the country back together and rebuild the state with the blessing of the U.S., France and most of the Arabs."

Lebanon, he said, had no other choice at the time but to rely on Syria, although "it has its own calculations and interests, in addition to its big struggle with Israel, Lebanon being part of it."

Boueiz said "what we have achieved then" under the two terms rule of late President Elias Hrawi "was close to a miracle."

"Nobody had thought that Lebanon could be back after all the destruction," he said, noting that 90% of "the state components were restored," with a 40,000-strong army, 30,000-member security forces, hospitals, schools and state institutions rebuilt.

Without Syria, he argued, it would have been impossible to disband the war militias, which were 10 times stronger than the army at that time.

Hezbollah was the only exception for its fighting with Israel, which was occupying a so-called "security zone" in southern Lebanon, an equivalent of 10 percent of Lebanese territories.

"We were in an impasse: Should we consider Hezbollah as an internal militia and eliminate the resistance and the possibility of confronting Israel and liberating our land? That was not acceptable," Boueiz said.

That logic was maintained until 2000 when Israel was forced to pull out its troops and southern Lebanon was liberated. Instead of reviewing Hezbollah's "resistance status" and finding a formula to contain it, the Iran-backed group, with Syrian backing, was not ready to relinquish its weapons or its fight with Israel, arguing that it was still occupying Lebanese land: the disputed Shabaa farms and Kfar Shouba hills, the northernmost strip of the Golan Heights, captured by Israel during the 1967 war.

Hezbollah further argued that its arsenal was meant to deter Israel and prevent it from continuing to be a threat. In the meantime, the militant group was growing stronger, boosted by large financial and military support from Iran and Syria.

Lebanon has almost no social safety net for its elderly, leaving them to rely on savings and family. So what happens when a financial crisis wipes out those lifelines? After working all their lives, Lebanon’s elderly suffer alone. By @seldeebhttps://t.co/2HIialBjoO

"The change started when late Syrian President Hafez Assad lost hope in the possibility of achieving peace with the collapse of the Madrid peace process in the late 1990s and started to prepare for a long-term confrontation" with Israel, Boueiz said. "In fact, the size and power of Hezbollah started to grow significantly due to an Iran-Syria agreement" until it reached the point of engaging in the war in Syria in support of Assad.

U.S. sanctions on Iran had a toll on Hezbollah, which "finds itself obliged to fund itself from inside," benefiting from the state resources -- like the other Lebanese political parties -- as well as increasing its illegal activities through ports and land crossings..."that opened the way for the current economic crisis," he said. "Hezbollah's link to Iran and its struggle or conflict with the West and the Gulf countries led to Lebanon's isolation, which was boycotted by the West and most Arab countries."

Such a boycott and Lebanon's failure to implement reforms deprived the country of financial assistance badly needed to avert the country's total collapse, raising fears of security chaos and social explosion - a situation that would call for urgent outside intervention. 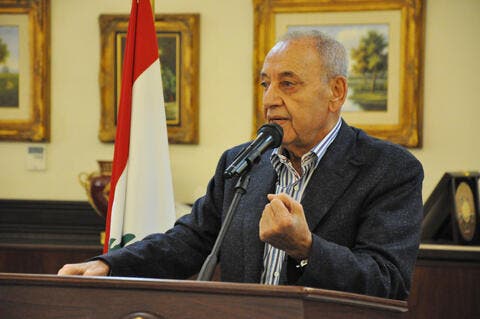 Mohanad Hage Ali, an analyst and fellow at the Beirut-based Carnegie Middle East Center, said "there is room for one party to play a big role" in Lebanon because of the deteriorating situation. But the Syrian regime, which is under international sanctions, has emerged "weak" from 10 years of a destructive war on its territories.

"I can't see any development at least for the time being that would allow Syria to play a serious role in Lebanon except in one exceptional case: a total security collapse in the country that could necessitate fighting terrorist groups," Hage Ali told UPI.