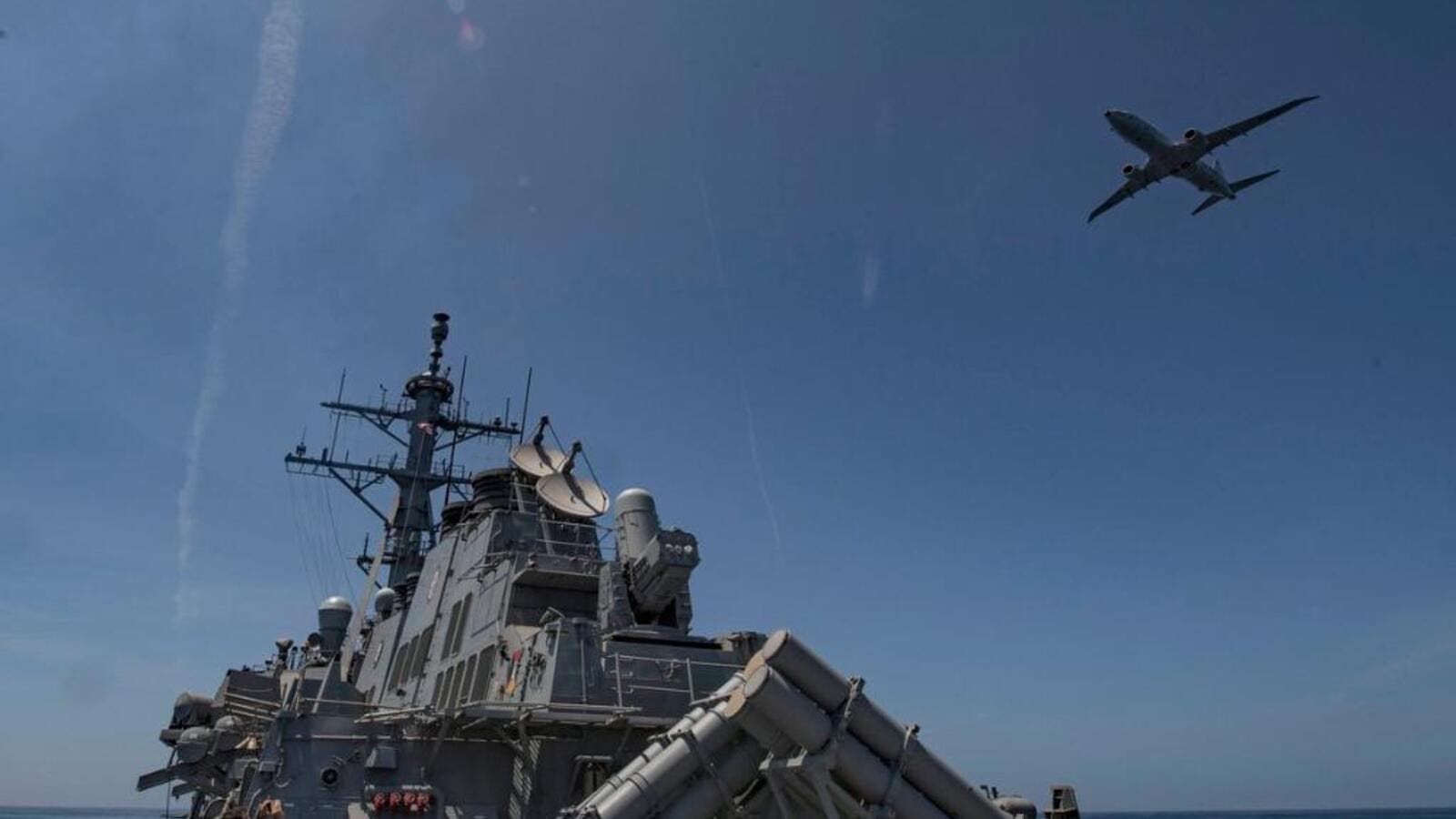 US Navy (Twitter)
Highlights
The 5th Fleet oversees the Navy's presence in the Arabian Gulf and surrounding Middle Eastern waters.

Another American warship has arrived in the Middle East amid boiling tensions with Iran.

The US Navy announced on Monday that the USS Boxer amphibious assault ship, along with the amphibious transport dock USS John P. Murtha and the amphibious dock landing ship USS Harpers Ferry arrived in the 5th Fleet's area of responsibility.

The Navy did not elaborate on where the ships were.

The 5th Fleet oversees the Navy's presence in the Arabian Gulf and surrounding Middle Eastern waters.

The USS Boxer carries the 11th Marine Expeditionary Unit, as well as a combat helicopter squadron. It came from the Indian Ocean after leaving San Diego on May 1.

The Boxer's group replaces that of the USS Kearsarge.

Already, the American aircraft carrier USS Abraham Lincoln and accompanying vessels are in the region.

It was rushed there in May by the White House over threats from Iran.