COVID-19 cases decreased 3% in one week though five nations -- Brazil, Russia, Germany, Turkey and Japan -- set national daily records in the past few days amid the global spread of the highly contagious Omicron variant. And deaths, which lag weeks after infections, climbed 14% from seven days ago. 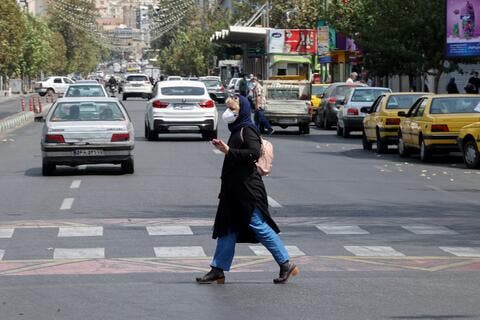 Daily records were broken in large nations spread out in Asia, Europe and South America two months after the variant was first detected by scientists in South Africa. And they have also surged in North America and Oceania.

Nations with weekly surges in deaths include Indonesia 274% and South Korea 122%.

Omicron's "stealth" variant has been detected in 49 countries and accounted for less than 1% of all COVID-19 cases worldwide. https://t.co/Vp29ZjfgOf

The United States dominates other nations in deaths, 15,987 over one week and rising 10%.

The declining cases, coupled with fewer hospitalizations, are showing the worst of the Omicron surge may be over.

"Things are looking good," Dr. Anthony Fauci, the Biden administration's top adviser on the pandemic, said a week ago. "We don't want to get overconfident, but they look like they're going in the right direction right now."

Vaccines have been shown to be effective against the strain, especially among people who have had boosters.

Three shots cut the risk of death from COVID-19 by 95% among those age 50 and older during the Omicron surge in Britain in an analysis by the United Kingdom Health Security Agenda.

In all, more than 10.1 billion COVID-19 vaccine doses have been administered, an increase of 190 million in one week with the world's population of 7.9 billion, according to Bloomberg tracking.

Broken down by world regions, the United States and Canada have administered at least one dose to 76% of the population, followed by Latin America at 74%, Asia-Pacific 73%, Europe at 67%, Middle East 52% and Africa at 15%, according to The New York Times tracking.

Russia is lagging the world in vaccination with 52.3% of its population with at least one dose of a domestic-produced vaccine, including Sputnik 5.

Vaccination will be necessary to events or travel on trains, as negative tests will no longer be accepted.

Later this week, most of the restrictions will end, including allowing full capacity at large events. Working from home requirements will end and masks won't be required outdoors.

Last week in England, Plan B restrictions ended. That includes working from home if possible, no mandatory masks in public or a vaccine pass to enter venues.

On Sunday, Britain began vaccinations for clinically vulnerable children 5 to 11.

Britain's deaths are 155,613 in seventh, including 296 Sunday with a 3% weekly drop. The kingdom added 439 deaths Tuesday, the most since late February with the record 1,824 in January one year ago.

In Germany, cases surged early during the Omicron variant and they reached record levels last week. They rose 47% in one week.

Germany remains under a nationwide lockdown for the unvaccinated, including nonessential services.

Russia two weeks ago went below 700 daily deaths for the first time since July.

On Monday, Italy will ease COVID-19 restrictions for all visitors from European Union countries. They only will need to display a "green pass" proving they have been vaccinated. recovered or tested negative recently.

Italy also has a "super green pass" requirement for anyone over the age of 12, including on the ski slopes. Required is a certified vaccination or proof of recovery and not merely a negative test.

In Spain starting Tuesday, foreign travelers are required to present a vaccine certificate.

In other changes, the Netherlands is now allowing bars, restaurants, museums, theatres, and other cultural venues are to be allowed to re-open under conditions. On Tuesday, Denmark will end restrictions that had curfews for bars and restaurants and face mask mandates. And Austria's lockdown for unvaccinated residents ends Monday after it went into force in November.

India holds the world daily record for deaths, not including major reconciliations: 6,148 last June. The Delta variant emerged in India.

"Now the cases of corona infection have also started decreasing, this is a very positive sign," Indian Prime Minister Narendra Modi said Sunday, adding "about 60% of youth in the age group of 15 to 18 years have got their vaccines within three to four weeks. This will not only protect our youth but will also help them to continue with their studies."

India, which is the prime manufacturer of vaccines for the world, has a one-shot rate for the entire population of 68.1%.

On Sunday, Kerala went into total shutdown amid the rising COVID-19 cases in the state. Only shops selling essential items are allowed to open for 14 hours. Kerals is on India's tropical Malabar Coast with a population of 34.6 million people.

Covid-19 has infected more than 373M people and killed over 5.6M worldwide

Ahead of the #WinterOlympics, Beijing registered its highest number of fresh #Covid19 cases for year and a half#Beijing's tally of 20 new cases on Sunday was the city's highest since June 2020 pic.twitter.com/W7FJ2PNpb9

The Winter Olympics' opening ceremonies are Friday in Beijing.

The Olympics are taking place in a "closed loop" with 60,000 competitors, journalists and other officials cut off from others and being tested for COVID-19 every day.

On Sunday, 34 new COVID-19 infections were reported among Olympics-related personnel, including 13 athletes or officials arriving at the airport in Beijing, bringing the total to 139. Those traveling must come on charter flights.

Most Chinese people won't be able to attend the Olympics with foreigners also banned.

Japan has a relatively low 20,534 infections per million and its vacciantion rate is 80.6%.

U.S. Forces Japan will lift restrictions on its personnel's activities outside bases in Japan on Tuesday as scheduled, Japan's Foreign Ministry said Friday.

In South Korea, U.S. military restrictions remain in place. That includes a ban on dining in at restaurants and visits to shopping malls with visits to Seoul limited to official duties and those who live in the capital city.

"We'll ultimately change the medical system to respond to COVID-19 within the everyday medical system rather than a separate, specialized medical system," Health Minister Kwon Deok-cheol said in a regular briefing on virus response last week.

"This is an inevitable transition to reduce severe cases and deaths by focusing on the swift diagnosis and treatment of high-risk groups with the limited resources available."

"Every day there are staff members who announce that they are sick," Wolfson Medical Center director Dr. Anat Engel in Tel Avid told 103FM. "The loads are heavy. It's a combination of the morbidity that is rising because we see the amount [of] verified [cases] in the population, as well as the morbidity of staff, many of whom are in isolation."

Israel has lifted travel bans to destinations in Israel's list of "red" countries with high infection rates, including the United States, Britain and Canada. Instead, protocols are in place.

The CDC is advising against travel to Israel, rising it to "level four: very high." Other countries on the level four list include Canada, France, Qatar, Saudi Arabia, South Africa, Turkey and Britain.

The United States' deaths rose 10% and cases dropped 30%. On Sunday, the United States reported 329 deaths and 96,954 cases though more than two-thirds of states don't report data on weekends.

Canada has around one-third the rates per million than the United States with deaths 879 and cases 79,113.

Canada has the best one-shot vaccination rate of the three largest countries in North America at 84.53%. The United States is at 74.5% for one shot. Mexico's percentage is 65.3%, though it was the first Latin American nation to begin vaccinating people.

On Monday, Ontario will allow restaurants, bars, gyms and movie theatres to reopen with 50% capacity. Larger venues will also be allowed to operate at half capacity or 500 people, whichever is less. Cinemas, sports facilities and other similar places still won't be allowed to serve food or drinks.

Though cases are dropping in Canada, Dr. Theresa Tam, the nation's chief public health officer, said last week severe illnesses are still surging with more than 10,800 people with COVID-19 being treated in the country's hospitals each day, including more than 1,200 patients in intensive care.

In Mexico, 45% of hospital beds nationwide are occupied. The rate in the United States is 77.69% for all patients, including 17.9% for coronavirus.

Brazil reported 280 deaths Sunday and 695 Saturday, the most since late September, with the record 4,211 in early April.

Peru has the world's highest death rate at 6,087 per million people.

Rio de Janeiro and Sao Paulo Carnival festivities have been postponed to April 21 from Feb. 25 to March 2 in a joint announcement Friday.

Australia had largely avoided mass infections until the Omicron surge, with only 2,688 as of Oct. 14. The nation reported 37,834 more cases Sunday, about one-quarter of the record recently.

Students are scheduled to return to classrooms this week after the break. Staff and students in New South Wales and Victorian states will receive twice-weekly rapid testing for the first four weeks of term.

Australia has vaccinated 84.2% of its population with at least one dose.

New Zealand's deaths remained at 52 total and the nation added 140 cases Sunday with its record of 222 on Nov. 16.

New Zealand, which has an 81.8% vaccination rate, is on a traffic light system. Last Sunday everywhere went into Red, meaning everyone will be required to wear masks in public venues and on public transportation. Customers are limited and events have been called off because of participation curbs.

Guam, a U.S. territory of fewer than 200,000 people, reported a record 850 cases Tuesday though 8.48% of its eligible population of 5 and older is fully vaccinated.

South Africa's infections decreased by 3% and deaths rose 7%. The Omicron variant was first reported on Nov. 24.

"I think we should draw comfort from the fact that this has been the least severe wave in the country," Shabir Madhi, a vaccinologist at the University of the Witwatersrand in South Africa, told NPR.

"We've come to a point where at least three-quarters -- and now after Omicron, probably 80% -- of South Africans have developed immunity and at least protection against severe disease and death." 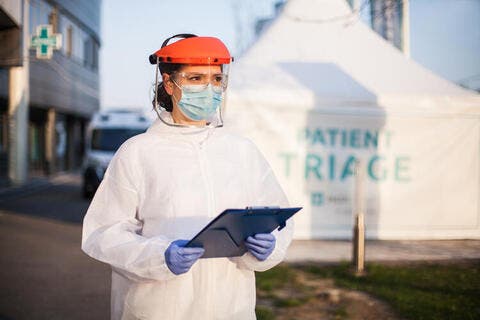 South Africa's vaccination rate is only 32.8%.