COVID-19 has dominated Asia, originating in Mainland China 1/2 years ago, spreading to India a few months ago and now surging in Indonesia, with 35% increase in deaths and 38% cases in the island nation. 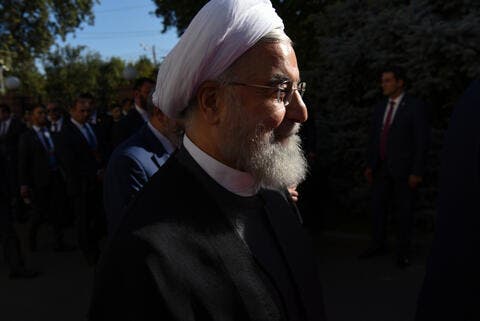 In the past week globally, deaths declined by 5% and cases rose 3% as South Africa remained a hot spot with nearly a 50% rise in deaths and 28% in cases.

Indonesia's health minister is lobbying within government for tougher restrictions to combat skyrocketing COVID-19 cases, sources tell @reuters. Meanwhile, doctors, hospitals and the WHO have all urged far stricter controls.https://t.co/sAZqs3agIz

Hospitals are at capacity in Indonesia, with pleas on social media from people who are trying to find hospital rooms, blood transfusions or oxygen cylinders for their loved ones.

Many hospitals are using parking lots for emergency care.

On Thursday, President Joko Widodo announced restrictions on community activities on the islands of Java and Bali from Saturday until July 20.

In Indonesia, only 12% of the 276.4 million population of have received at least one vaccine dose and 5.2% are completely vaccinated.

Worldwide, a total of 3.17 billion shots have been given in a population of 7.9 billion with a two-dose regimen required for most brands, according to tracking by Bloomberg.

The United States has administered at least one dose to 54.9% of its population with Brazil at 36.2%. Britain, which inoculated the first person in the world in December, is among the best in the world with 67.6%. India is a dominant manufacturer of vaccines worldwide, but the nation has inoculated only 20.7% of its population with at least one dose. China doesn't report dose percentages but has enough for 45.8% of the world-high 1.5 billion people.

North America leads with 74 doses administered per 100 people, followed by Europe at 69, South America at 43, Asia at 42, Oceania at 23 and Africa at 3.8, according to tracking by The New York Times.

Doses are available to all adults in India. When that happened two weeks ago, India reported a single-day record of 8 million vaccinations administered on the day the nation made doses available for everyone last Monday. The nation has the second-largest population at 1.4 billion.

Israel, which is considered part of Asia, has fully vaccinated 62.2% of its population, among the best in the world. Its death toll is 6,429 with none reported in a week. Israel recorded 101 cases Sunday. With the variant from India spiking in the nation, officials have reinstituted mask-wearing indoors and tightened border controls.

"If we weren't so well vaccinated, a lockdown would now be looming in our future, and we certainly wouldn't be able to take such mild decisions," Ran Balicer, chief innovation officer at Clalit Health Services, told The Times of Israel.

The Summer Olympics are scheduled to start in Japan on July 23. The Japanese government lifted its state of emergency everywhere except Okinawa Prefecture until July. 11. But there are restrictions, including Tokyo and Osaka, where restaurants and pubs which meet certain conditions will be allowed to serve alcohol until 7 p.m.

Foreign spectators are banned and attendance at venues will be limited to 10,000 per venue.

All Olympians are required to test for the virus before departure and after their arrival. Vaccinations are not required.

On Thursday, South Korea delayed relax social distancing rules in the greater Seoul area. It was extended one week.

The pandemic outbreak began in late 2019 in Mainland China, but the nation with the world's largest population of 1.5 billion, has reported only a few deaths in the past 12 months and stands in 65th at 4,636 behind Costa Rica with 4,686. China added 14 cases Sunday and had administered 1.3 billion doses, the most in the world and dwarfing India with around 351 million and the United States with 329 million, according to tracking by Johns Hopkins.

The nation has vaccinated only 15.9% of its population with one dose and 10.2% are fully vaccinated.

Besides the Sputnik V vaccine, there are two others made in Russia.

Vaccination is compulsory for service-sector employees.

And restaurants and shops could be closed for months if they don't have 60% vaccinated staff by mid-July. Customers at restaurants are only allowed if they have been vaccinated, recovered in the past six months or who have a negative test.

Last week, President Vladimir Putin warned the new system is the only way to avoid a national lockdown.

European nations are opening travel, including launching by July 1 a Digital Covid Certificate, which allows for free movement of travelers between its countries.

The 27-nation European Union includes the United States among countries for which travel restrictions should gradually be lifted. Also includes is Saudi Arabia despite a spike in cases and deaths. But it's up to each nation to decide on opening its borders.

The British government has placed most nations on a COVID-safe travel list.

Britain's COVID-19 numbers are down substantially from a record 2,396 deaths and 67,803 cases earlier this year.

On July 19, people in England are "very likely" to be able to return to "pretty much life before COVID," Prime Minister Boris Johnson has said. The curbs originally were supposed to be removed on June 21 amid the spread of the Delta varients.

On Monday, all of Italy became a "white zone," which is the lowest-risk category.

Starting Wednesday, foreign tourists visiting France will have to pay for coronavirus tests, which is $58 for PCR ones.

On Saturday, protesters demanded the impeachment of Brazil President Jair Bolsonaro amid claims that he sought profits from purchasing COVID-19 vaccines.

"Access to Covid-19 vaccines shouldn't be a privilege for a few but a right we all share," Dr. Etienne said at the news conference last week.

Mexico's vaccination rate is 25.1%, though it was the first Latin American nation to begin vaccinating people. And Canada has risen to 66.7% and leading the United States by nearly 12% after lagging by several points for months.

On Monday, fully vaccinated Canadians and permanent residents will be able to skip the 14-day travel quarantine.

Canada, Mexico and the United States have mutual travel bans for non-essential travel through July 21. It began one year ago in March.

Canadians who have received both doses of the vaccine won't have to wear masks or physically distance when outside with small groups of people from multiple households, according to guidance from the Public Health Agency of Canada.

New South Wales, including Sydney, went into a two-week lockdown last Saturday night amid a growing number of cases outside the areas already under stay-at-home orders except for shopping for essential goods, medical or compassion care, essential work and outdoor exercise in groups of 10 or fewer. Of the 29 locally cases reported Saturday, only 12 had been in isolation.

Two capitals ended their lockdowns: Brisbane in Queensland and Perth in Western Australia.

The outbreak also has been surging in Fiji with 30 deaths, compared with four by May 3 and three of those Sunday. Case have climbed from 121 on May 3 to 6,161 including a record 522 Sunday.

The ministry issued an official reminder that home therapy was not the right remedy for the coronavirus.

The government has warned against alternative treatments and vaccine reluctance.

"Steam therapy and drinking hot water are not the treatment for Covid-19 and it does not protect one from contracting Covid-19," the Health Ministry said.

Except for Oceania, Africa's cases and deaths grew the most in the past week among the continents: 21% for infections for a cumulative 5,690,540 and fatalities at 22% for a total 145.443.
"The rampant spread of more contagious variants pushes the threat to Africa up to a whole new level," Dr. Matshidiso Moeti, WHO's regional director for Africa, said in a report by The Guardian. "More transmission means more serious illness and more deaths, so everyone must act now and boost prevention measures to stop an emergency becoming a tragedy,"

South Africa accounted for more than half of Africa's cases last week,

South Africa has vaccinated 3.9% of its population with at least one shot with no change in the past week.

"We have overcome two decisive waves but now we have a new hill to climb, a great challenge, a massive resurgence of infections... a devastating wave," President Cyril Ramaphosa said last week.

Some patients in Johannesburg unable find a bed on a public ward are being cared for at a makeshift ward set up by a Muslim charity in the city.